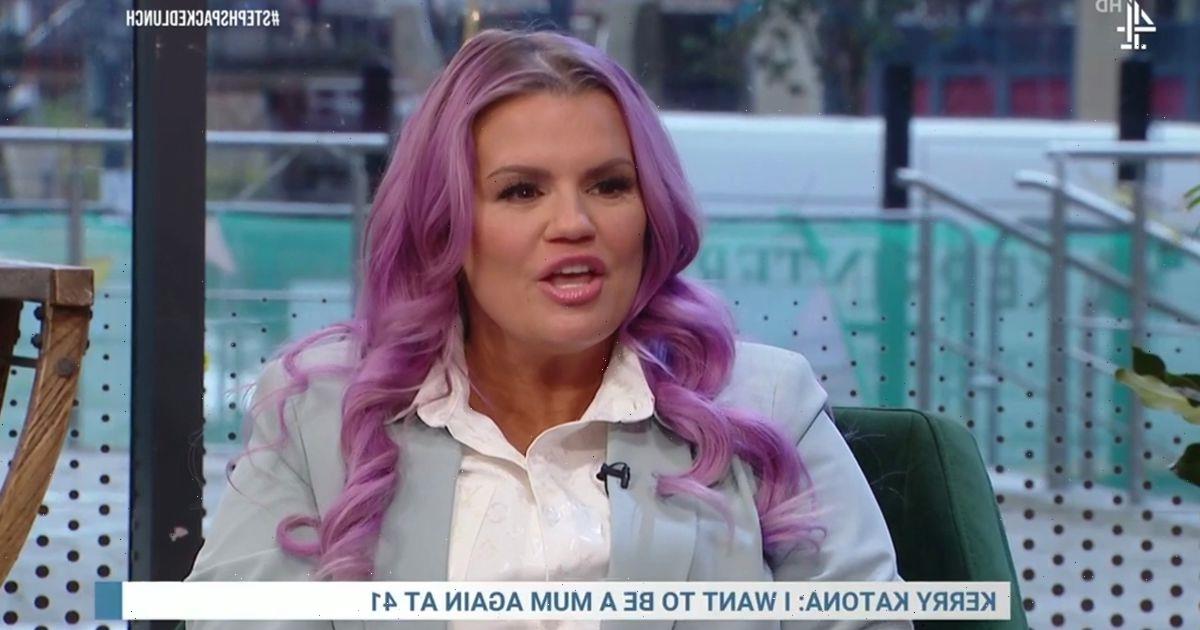 Kerry Katona has revealed she's set to get her eggs harvested in preparation for the day she and fiancé Ryan Mahoney decide to have a child together.

Egg harvesting is a non-invasive method to retrieve eggs from a female to be used in IVF or another method to have a baby.

Former Atomic Kitten star Kerry has been open about her desire to give her other half the opportunity to have a child of his own, but insisted that she does not want to carry a baby herself after having a near-death experience while giving birth to daughter DJ, now seven.

"You have to really really want it," 41 year old Kerry explained before branding all the information around surrogacy "heavy".

Meanwhile Ryan said it was really good to understand what's involved in the process of going through surrogacy.

"He's eight years younger than me, but I don't want to rob Ryan of not having a child if that's a route we can go down. But I most certainly I don't want to carry another child."

Steph then commented: "It's interesting you mentioned you have got your five kids. I mean I've got one and I'm knackered, do you want another baby? Is it like you definitely want to do it?"

Ryan responded: "It might something down the line, a thought for me – Like I want something more than I do at the minute. At the minute we're so busy, it's not top of the list.

"But if it is going to happen, we've got to get the ball rolling and start the process."

Steph then brought in Dr Helen Prosser, who informed them they could be looking at spending an initial £25,000 on the expenses for the surrogate, including vitamins, clothing, and childcare.

Kerry, who is "really depressed and down" about being a size 12 after her weight gain, joked: "Oh, I might just buy him another dog!"

She then added: "In fact, we actually have an appointment tomorrow about getting my eggs harvested.

"That's the next step and that's as far as we're going – getting the eggs harvest and making sure they're all good."

Stay up to date with all the latest on Kerry Katona by signing up to OK!'s daily celebrity newsletter.