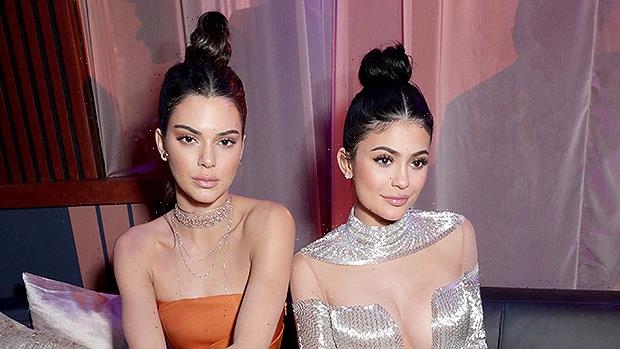 Kendall Jenner is super sexy in lilac in a recent series of Instagram photos, showing off her model figure in an ethereal cutout dress.

Purple reign! Kendall Jenner showed off her killer bod in a recent series of Instagram photos posted March 25 as she promoted her upcoming fashion collaboration with sister Kylie Jenner. The 26-year-old wore a skimpy textured lilac-colored dress which put her washboard abs on display and also featured a high-slit leg. “round 2 KENDALL x KYLIE collab coming April 6th! BTS,” she wrote in the caption,” teasing a new beauty partnership with her sister.

The Instagram comes after Kendall was recently spotted out enjoying a double date with friends Justin and Hailey Bieber on Sunday, Mar. 20 and her beau, Devin Booker, 25. The A-listers were dressed to the nines for dinner as they headed to the celeb-beloved Giorgio Baldi restaurant in Santa Monica, California.

Kendall wore shiny leather pants with a long camisole made up of brown leather and sheer navy silk, echoing pure Y2K chic style. The Kardashians star also slipped into a pair of shiny, black slingbacks which matched her trendy, but classic Prada Reediton purse. Although we’re used to seeing the reality star with brunette locks, she was still rocking a beautiful auburn shade since Paris Fashion Week.

Devin’s look was also complimentary to the model, as he wore a tan jacket, pastel pink shirt, and khakis, adding classic burgundy-colored Chucks to the mix. Adding a bit of glitz to his look, the Phoenix Suns star put a solid chain around his neck. 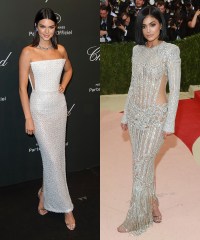 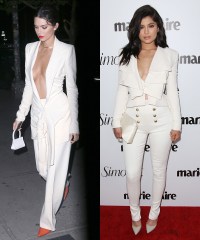 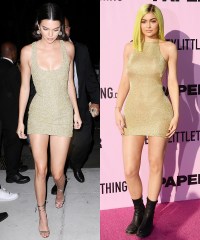 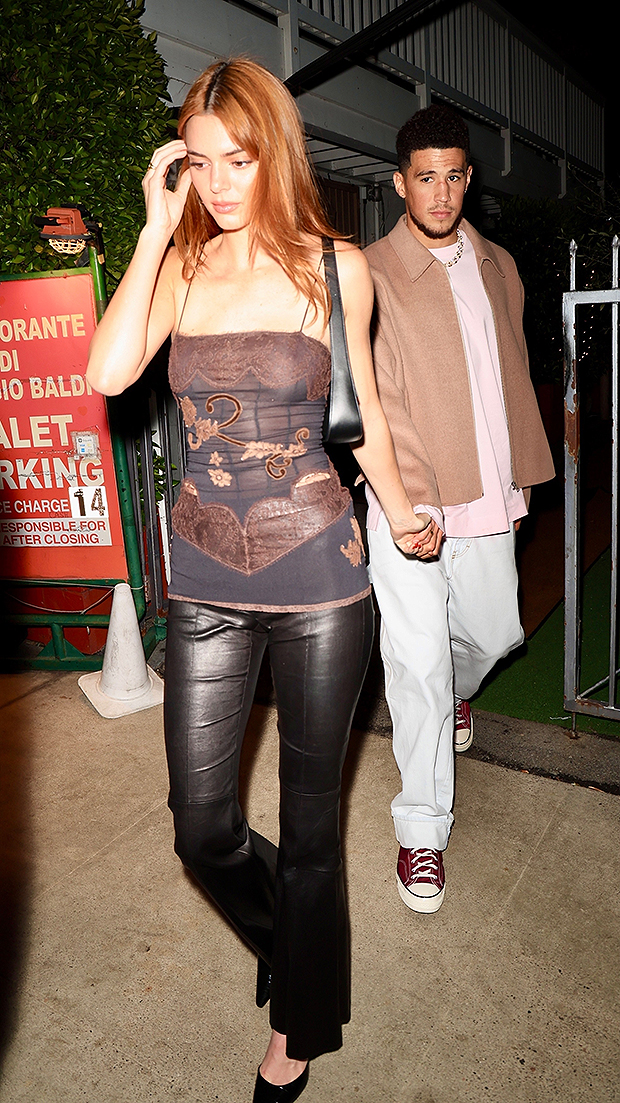 In those shots, the high fashion model was still wearing her new red hair. She seems to love being a red head and honestly we’re inspired to try out some new looks!