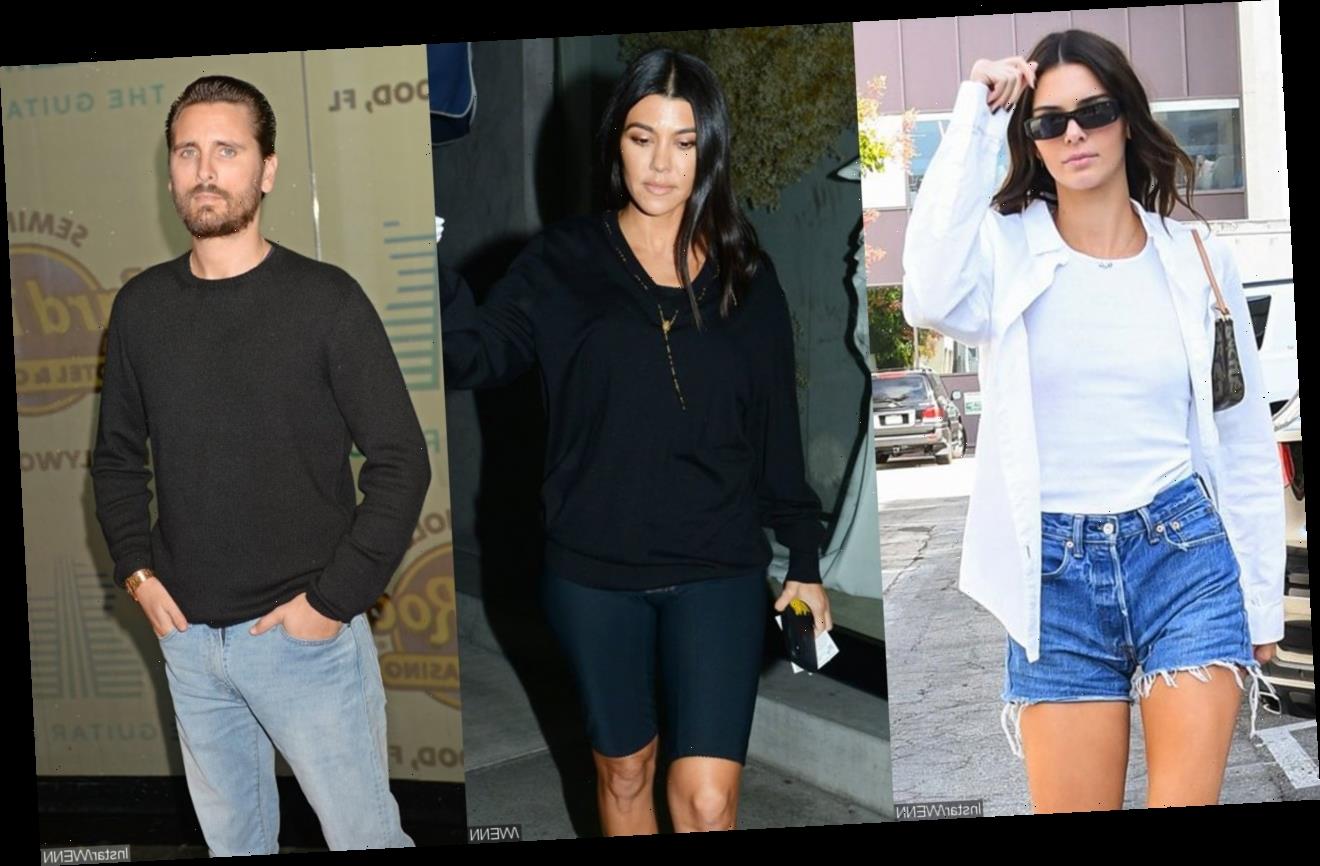 In a preview for ‘KUWTK’, Kim Kardashian tells Kendall and Khloe Kardashian that the former couple is sleeping together on the couch while no one is in the home but them.

AceShowbiz –Kendall Jenner and her other sisters are apparently one of those who root for Kourtney Kardashian and Scott Disick. In a new preview of season 20 of “Keeping Up with the Kardashians“, the ladies in the famous clan discuss the possibility of the pair getting back together romantically.

It opens with Kim Kardashian telling Kendall and Khloe Kardashian as they’re gathering in Kourtney’s Calabasas home, “You guys, I came over here in the morning a few days ago and I saw Kourtney and Scott sleeping together on the couch.” That prompts Kendall to ask, “You’re lying what kind of together?”

“No, like separate, like they weren’t spooning on the couch or anything,” explains the SKIMS founder, adding, “They weren’t far away though, they were close.” Khloe, who is jumping on a trampoline, chimes in as she says that Kourtney and Scott’s daughter, Penelope, “was with me last night.”

Khloe continues, “Kourtney asked if I would have a sleepover with P, because she’s been asking for so long. So, who was here?” Kim then replies, “Just Kourtney and Scott!” to which Khloe responds, “Oh my God!”

Expressing her hope that Kourtney and Scott, who share 3 children together, will reconcile, Kendall asks, “Do we think they’re looking up again? I just them to try.” While Kim says, “I don’t know, maybe,” Khloe notes, “I mean Scott is single right now. If [Scott] fully moves on, like has a baby and all that, [Kourtney’s] going to freak out.”

“What’s the harm in trying? The worst that will happen is they’ll say, ‘You know what, we don’t vibe with this.’ But, they’re also too [p***y] to try,” the Good American Jeans founder adds. “I think they’re afraid that they’re going to mess up their good co-parenting,” Kim opines.

It seems like the reconciliation is not happening anytime soon since Kourtney is reportedly dating Travis Barker. On February 9, the TV star and the Blink-182 drummer were seen getting playful during a PDA-filled date night at Japanese restaurant named Matsuhisa in Los Angeles.

The rumored lovebirds were seen sitting across from each other during the meal, and playing a cheeky game of thumb wars. Following the date, the pair were leaving the restaurant with the musician driving away in his black luxury car.