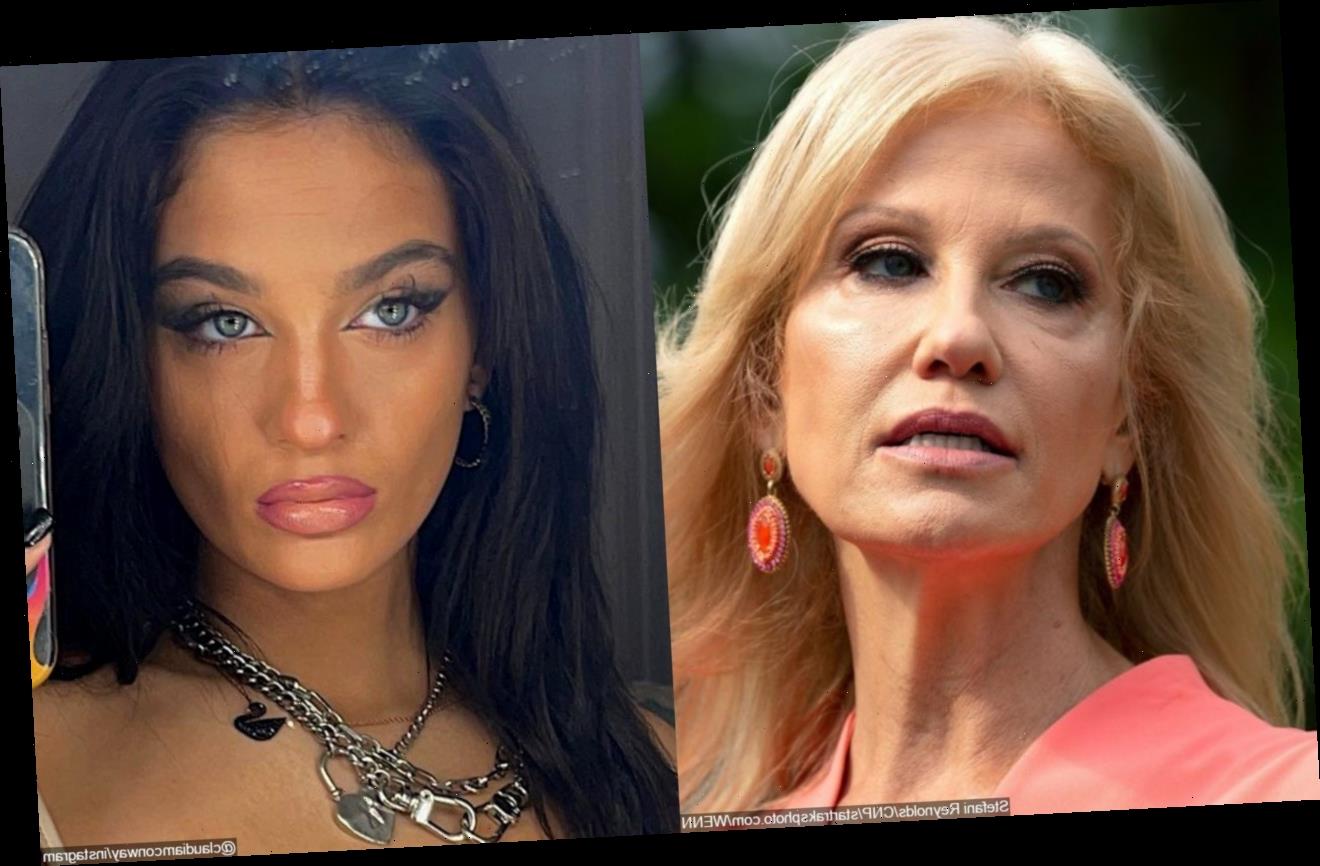 Cops pay visit to the former Senior Counselor to the President’s house after her daughter Claudia accused her mom of posting her private photo and asked public to report it.

AceShowbiz -Kellyanne Conway is under investigation by police over the leak of her daughter Claudia Conway’s topless picture. On Tuesday, January 26, cops paid visit to the family’s New Jersey mansion with papers in hand.

Just before noon, four officers with the Bergen County Prosecutor’s Office and Alpine Police Department showed up at the home of former Donald Trump White House advisor. They reportedly spent about an hour inside before leaving.

Alpine Police Chief Christopher Belcolle confirmed that a probe is underway. “An investigation is being conducted. No additional information can be released,” he said, but refused to reveal details of the case because a juvenile is involved.

The New Jersey Department of Children and Families also is “looking into all concerns around the incident” involving the Conway family, who lives in the town of Alpine. Kellyane, meanwhile, told CNBC, “I have no comment,” when asked about the police visit and how a photo of her daughter was posted on social media.

Claudia previously blamed her mom after her private photo briefly appeared on Kellyanne’s Twitter fleet. Confirming that the picture was real, she said that her mom might have taken it from her phone when Kellyanne confiscated her phone.

While she noted that her mom could have accidentally posted it or someone hacked her mom’s phone, Claudia blasted her mom as saying in a now-deleted TikTok video, “Nobody would ever have any photo like that ever. So, Kellyanne, you’re going to f**king jail.”

Claudia has since retracted her allegations against her mom. In a new TikTok video which was also shared on her father George Conway’s Twitter page, the teen said, “This isn’t forced. This is coming completely from me, Claudia. I have faith and I know my mother would never put something like that on the internet, as well as me. We would never do that.”

“Yesterday, when I was made aware of the situation, I was distraught and very very upset and I acted irrationally and impulsively and it’s something that I do regret,” the 16-year-old added. “I know that my mom would never post anything to hurt me like that, intentionally, and I do believe she was hacked.”

Claudia, who is an avid TikTok user, additionally said that she’ll be taking a break from social media to work on her relationship with her mother.