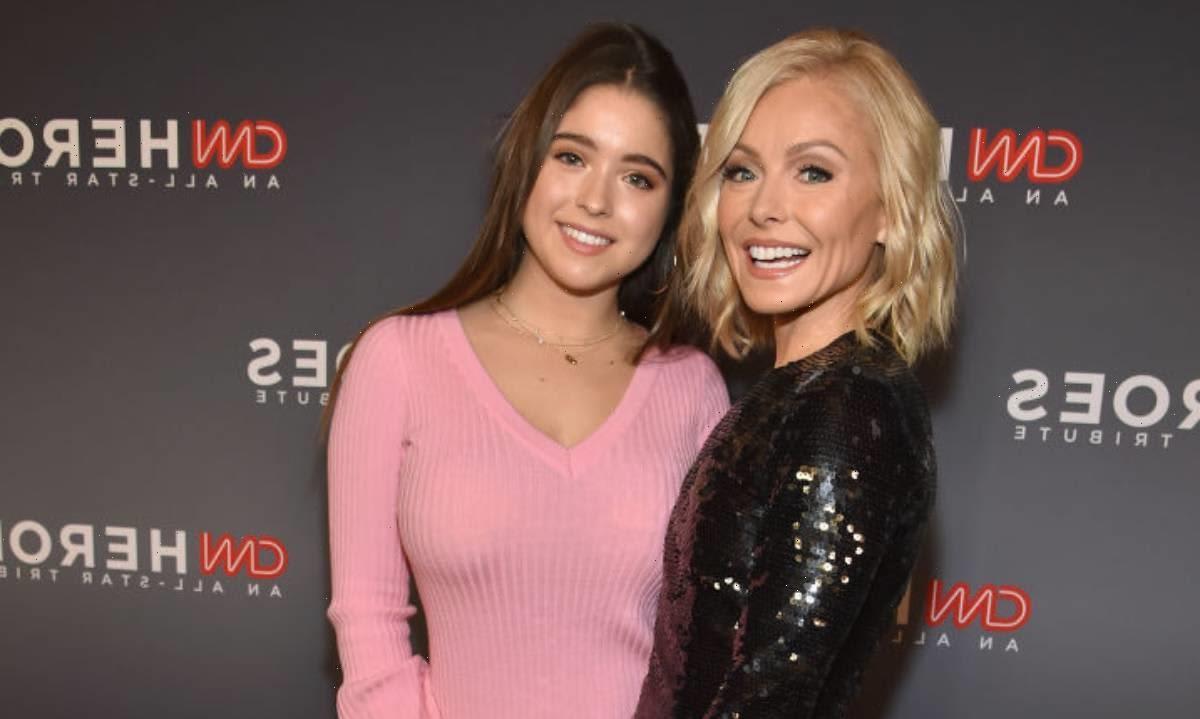 Kelly Ripa and Mark Consuelos‘ daughter, Lola, is making waves in the music business and she doesn’t just sound great – she’s got the look too!

The 21-year-old set TikTok on fire with a sneak peek of her latest photoshoot in which she was rocking a string bikini and sheer cover-up.

Lola posed poolside for the photographer and looked completely at ease as she showed off her tanned physique in the pretty ensemble.

WATCH: Kelly Ripa’s eating habits are the talk of Live during hilarious segment with her husband

She promoted her new song, Paranoia Silverlining, in the caption as Lola reminded her followers to stream the hit tune.

Kelly and Mark are incredibly proud of her achievements and her music debut – and they’re not the only ones.

MORE: Why Kelly Ripa has more than one reason to celebrate during her time off Live

Lola – who is currently studying music at New York University – was cheered on by her older brother, Michael, who also plugged her work on Instagram.

“My sister made a frigging amazing song. Check it out on Spotify NOW,” he wrote, shortly after the song dropped.

It’s an exciting year for Lola, as she’s set to move to Europe in September for a study abroad year at college.

Kelly recently revealed that she wasn’t around on her 21st birthday as she was checking out apartments ahead of her move.

Lola is earning herself legions of loyal fans with her music

Kelly and Mark are also parents to Joaquin, 19, who is studying in Michigan.

The famous couple are eager for their children to carve their own careers and future and not to live off of them.

Kelly recently spoke about the importance of them getting jobs and paying their own bills when she said: “I didn’t grow up privileged and neither did @instasuelos. We work and we expect our kids to as well.”