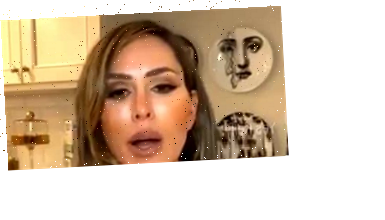 Kelly Dodd had a lot of hostile things to say at the Reunion even though she was the focus of a RHOC boycott this year.

Ratings in Season 15 were not good, and there are rumors that Bravo intends to backtrack a little.

Kelly says that she would welcome back Tamra Judge with open arms … more or less.

“Vicki, Vicki … no,” Kelly said about whether or not her ex-rival, the OG of the OC, should return to the franchise that she helped launch.

“I don’t think Vicki fits in to the group,” she explained.

However, there is someone that Kelly believes can and possibly even should return to the show.

Tamra Judge spent 12 years on RHOC but was dismissed alongside Vicki. Should she make a comeback?

“At least Tamra is pretty to look at,” Kelly justified.

At this point, somehow the audio on Kelly’s recording cut out, but Kelly seemed to be able to fix it quickly.

“If they want to bring her back,” Kelly declared, “I’ll give her open arms. That’s it.”

Vicki and Tamra had their ups and downs, but at the end of their reign on the show, they and Shannon Beador had formed the “Tres Amigas.”

This trio of solidarity feuded almost as one with Kelly, though Vicki and Kelly were the ones with the most animosity.

But when the OGs said farewell, Shannon and Kelly made nice.

This was a bit of a surprise to some fans, since Shannon and Kelly had had real conflicts with each other.

In fact, the previous season had seen Shannon go to the emergency room — as a precaution — after Kelly appeared to give her a mild concussion.

It is important to remember to never act out physical pranks on the unwilling. But then, Kelly seems to have poor impulse control.

Obviously, Kelly welcoming back Tamra with “open arms” doesn’t actually mean that they would magically begin to get along.

Tamra had a huge falling out with Shannon when Shannon and Kelly made nice.

And Kelly is always getting into trouble because, as we mentioned, she has a lack of impulse control. She blurts out terrible things all of the time.

But in 2020, Kelly’s aggressive and repeated COVIDiocy, including misinformation, outright lies, and mocking the death toll enraged fans, who boycotted the show.

A lot of them are hoping that Kelly will not return, especially since she does not appear to have issues a full, complete, sincere apology.