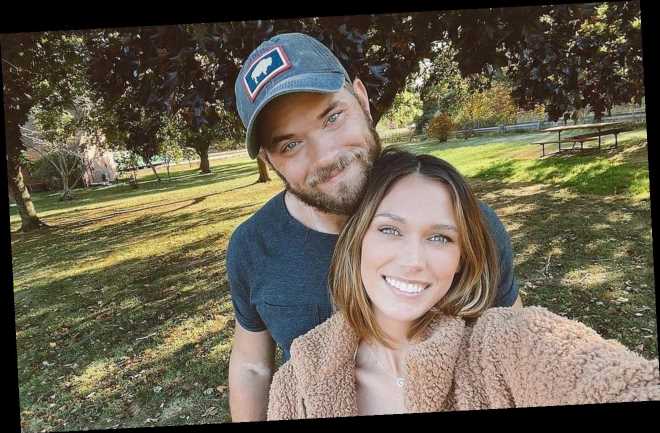 The ‘Twilight’ actor and his wife Brittany officially become first-time parents as the couple welcome a bouncing baby girl, roughly a year after her heartbreaking miscarriage.

AceShowbiz –Kellan Lutz and his wife Brittany have welcomed their first child together.

The 35-year-old actor, who announced the pair were expecting a baby during an Instagram Live steam back in September (20), revealed their baby girl, named Ashtyn Lilly, was born on 22 February.

Brittany wrote on Instagram, “The day she came into the world it was snowing, raining, and freezing, but that night she was born and we woke up to sun, clear skies, and winter melting away.”

“It was so symbolic considering this time last year was literally winter for our souls only to be met one year later with the brightest sunshine. She ushered in a new season for us and we love her beyond comprehension.”

She concluded her post, shared Friday (26Feb21), “God redeems. He restores. He never leaves us broken-hearted, we just have to give Him the broken pieces and what He turns it into? Wow. (sic)”

Ashtyn Lilly is the first child for the couple, which has been married since 2017, and comes almost one year since Kellan and Brittany sadly suffered a miscarriage in early 2020.

The couple turned to their faith to help cope after losing their unborn daughter six months into Brittany’s pregnancy.

“There is no easy way, but I’m just so grateful for our faith and sharing the blood of Jesus Christ,” he told LaPalme Magazine. “We don’t have all the understanding in the world. There are some tough days where you’ll see the sonogram, and you’ll see her cute little nose that she had. But then again, we are so grateful she is in heaven, and we remind ourselves that she didn’t have to come into this world and deal with heartbreak, and she gets to be with Jesus. It’s bittersweet.”