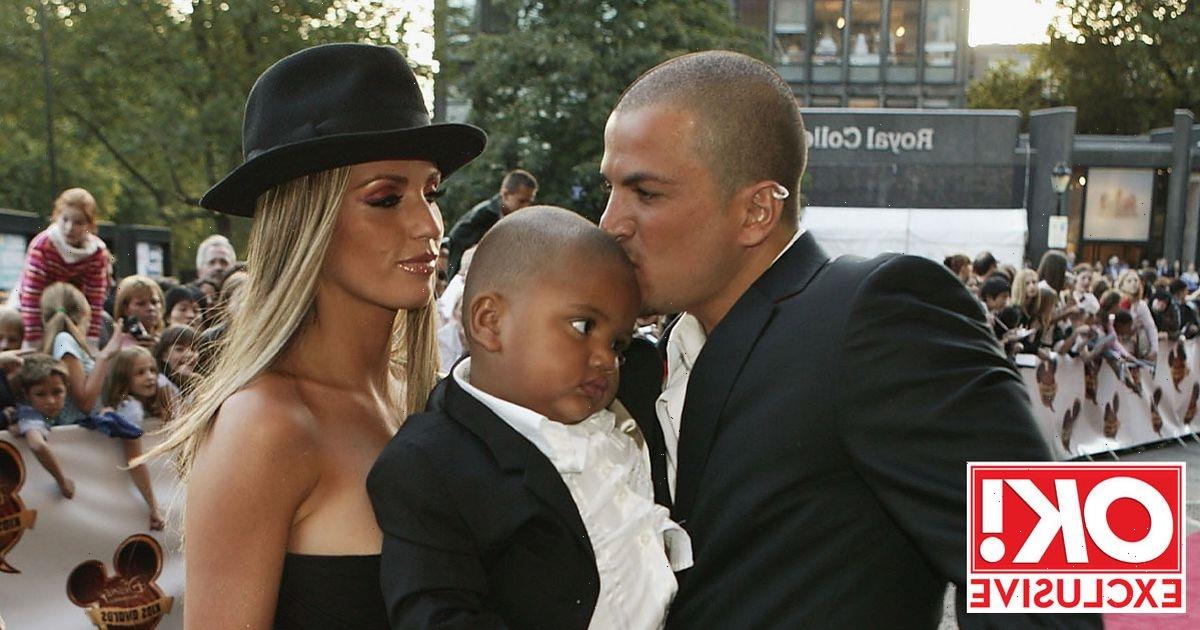 The explosive end of their relationship was well documented. But in an exclusive extract from her new book, Harvey & Me, Katie Price admits life with Peter Andre was once "so happy".

Katie, who split with Harvey's father Dwight Yorke while she was pregnant with their son, writes fondly of her memories of the years she, Harvey and Pete spent with each other after she fell for her ex hubby in the I'm A Celeb jungle in 2004.

“I can’t remember the ins and outs exactly, but I told Pete all about Harvey while we were on the show – and he seemed really accepting," writes the mum-of-five.

"I don’t need to go into all the details about our relationship, as it’s well-documented, but when we came out of the jungle, me and Harvey went everywhere with Pete. It was always just the three of us. Pete bonded with Harvey instantly." Harvey suffers from complex medical needs due to the rare genetic condition Prader-Willi Syndrome. He has also been diagnosed with ADHD, autism and septo-optic dysplasia, which causes blindness.

And while things have since soured between the divorced couple, Katie admits the Mysterious Girl singer was a great 'daddy' to her oldest child.

"Family life with a disabled child is always going to be different, and Pete handled it really well," she said.

"We’d be on the road together when Pete was touring and we had some really fun times. We were a proper little family unit, and I was so happy. I look back on that time with nothing but fond memories.”

Pete and Katie were married for four years and welcomed two children together, Junior, 16, and Princess, 14, before splitting in 2009.

Peter has also previously opened up on his bond with Harvey, saying: "I have been a real father of Harvey and he calls me Daddy.

"He will always be special to me and I just want him to be happy. He's a great kid!"

The singer hoped to adopt Harvey, but plans were halted. He said at the time: "I know I am the father figure in his life and I hope I always will be."

Katie details in her new book how the split from Peter affected Harvey. “The split from Pete really did upset Harvey. It must have been frustrating for him at the time because he couldn’t express how he felt.

"But now he can and he remembers a lot more than you’d think. It’s really sad, actually. It’s the same with Kieran [Hayler, her third husband]. It’s a shame as they were both brilliant with Harvey when I was with them. I can’t knock them for that. Harvey might have complex needs, but I know it has really affected him because he does understand. He used to call them both ‘Daddy’, so of course it affects him.”

Katie also writes that she never stopped either Peter or Kieran from seeing Harvey, despite reports.

“I don’t think people realise that I’ve never stopped either of them from seeing him. When I split from Pete, he would still see Harvey in the very beginning. In 2009, Harvey ended up in hospital because he had a high temperature and breathing difficulties. Thankfully, he was fine, but he just needed to be monitored.

“I contacted Pete because even though we weren’t together, I knew he would have wanted to see him.

"Harvey kept calling us ‘Mummy and Daddy’ because he obviously didn’t know what was going on between us at the time. Our marriage might have been over, but Pete was his daddy. Harvey used to visit Pete most weekends, but because of his medical needs, he had to be accompanied by a trained nanny on any visits. For whatever reason, that didn’t work for Pete and it started to slowly stop."

And she adds: "Pete was good for Harvey, so I had no reason to stop him from seeing him. I’d do anything to make my son happy."

'They put a special watch on him to measure his heart rate and then they were asking him questions about Pete. Just like I’d told them, he got agitated and his heart rate was sky-high. They saw for themselves that he became distressed when his name was mentioned. I just wanted to prove that it wasn’t me being awkward, all I was doing was protecting Harvey. I still have the paperwork now to prove how he reacted.”

Katie has since been married twice more to Alex Reid and Kieran Hayler.

She shares two children, Jett, eight, and seven-year-old Bunny with Kieran and the couple were officially divorced earlier this year.

For more celeb news, sign up to our daily newsletter here