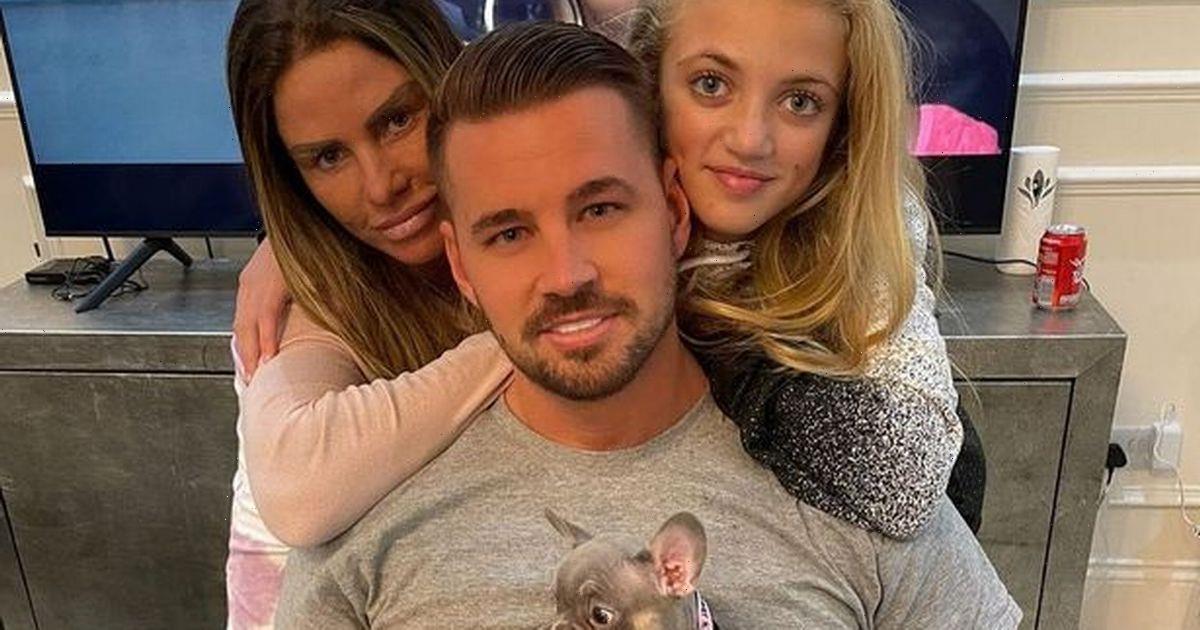 Princess Andre has decided to follow her mum Katie Price's fiancé, Carl Woods, on Instagram again, after the teen appeared to unfollow him back in August.

The 14 year old's Instagram account now shows that she can now keep up to date with her future step-dad's posts once again.

Teenager Princess is the daughter of both Katie, 43, and singer and TV presenter Peter Andre, 48, and is a keen social media user.

She had previously posted numerous selfies with Carl, 32, and also featured on his Instagram along with her brother Junior, 16.

Car salesman Carl hasn't posted on Instagram since September 7, and his last post was a statement which said he would never hit fiancée Katie amid a police investigation over an alleged assault against her.

Carl wrote: "I have remained quiet until now due to the investigation being carried out by the police however I have found it so difficult to keep quiet on social media due to speculation and shocking abuse that I have received.

"Anybody who thinks I hit Katie you're completely delusional and have no idea of the reality of the situation."

He added: "I have never and never would do anything to hurt Katie. The truth will be told."

Police were called to a property in Essex at around 1.30am on Monday August 23 following reports of an assault, and Essex Police stated that Katie was taken to the hospital after she sustained a facial injury.

Essex Police also said at the time that a man in his 30s was held on suspicion of theft and assault.

Katie publicly denied allegations claiming she had broken up with Carl despite allegedly being overheard telling people she was newly single at the NTAs.

Hitting back at the claims, the former model said: "It’s such a shame, having such a good night. These awful stories about me coming out.. in fact I never went out and said I’ve dumped Carl.

"This is not true I was actually proud to be with my son Harvey, I wish people would leave me and Carl alone."

The pair embarked on a whirlwind romance, jetting off on holiday to Turkey, before moving in together shortly after.

After 10 months together, Carl got down on one knee and proposed to Katie earlier this year, as they announced their engagement on April 20.

OK! has reached out to a representative of Katie Price's for comment.