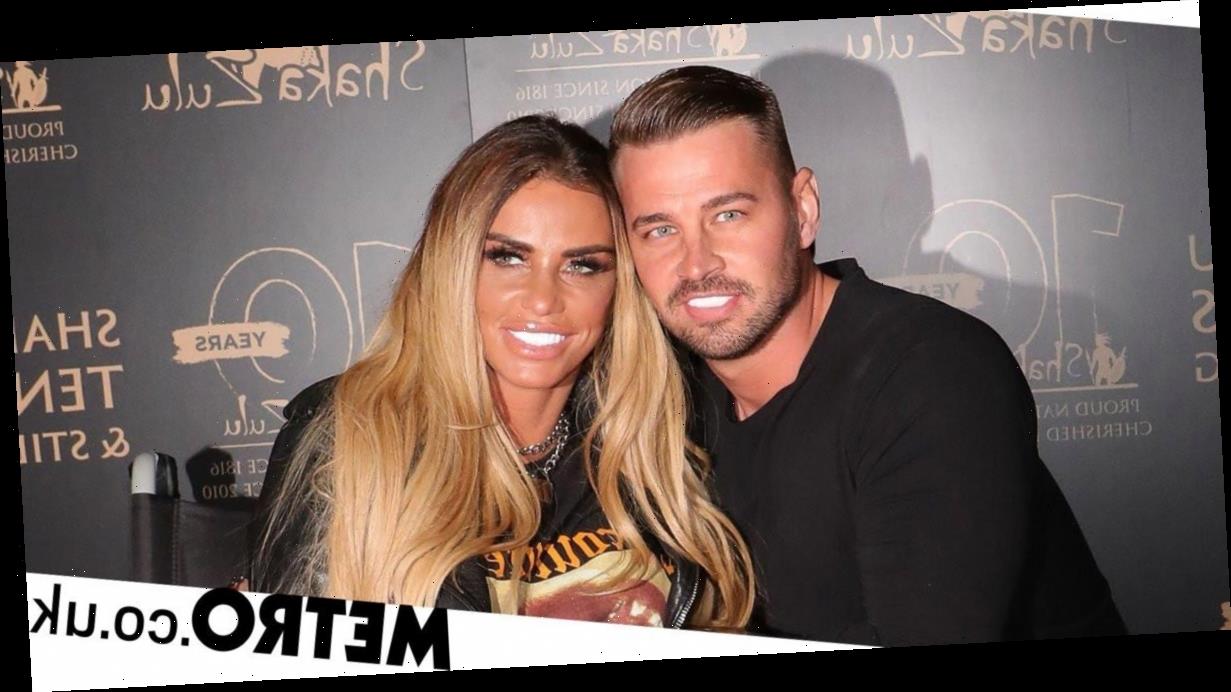 Katie Price might have hinted at some baby news after sharing a picture of pregnancy vitamins on her Instagram page.

The former glamour model and boyfriend Carl Woods have made no secret of their plans to have a child together.

Katie, who has five children, previously said they would ‘find out if I’m pregnant on the 29th (December) because that’s when my period is due.’

Four days later the TV star, 42, posted a picture of a bottle of folic acid tablets along with a message for Carl.

She said: ‘Yep it’s that time, get ready @carljwoods. I love you Boo’.

Folic acid is used to help the development of an unborn baby’s brain, skull and spinal cord.

It is also used to treat or prevent folate deficiency anaemia, when a lack of the vitamin folate affects the body’s ability to produce functioning red blood cells.

Her divorce from Kieran is on the verge of being finalised, leaving the coast clear for Carl to put a ring on it himself.

Carl, 31, has already bought a ring for Katie but is keeping his proposal plans a secret, no matter how much his girlfriend quizzes him.

‘She asks me every day when I’m going to propose but it will never be expected. It will be when she’s got no f***ing idea’ he told The Sun.

‘I know what I’m going to do — it’s planned, and she’ll be in tears. And when we marry it’ll be like nothing ever done before.’

Celebrating the fact her divorce is closer to being completed, she wrote on social media that she ‘FINALLY can’t wait to be MRS Woods one day as @carljwoods I know is and will be PERFECT like he has been consistently from day one.’

The couple have become closer in recent months as Carl supported Katie through her recovery after she broke her feet in an accident on holiday.