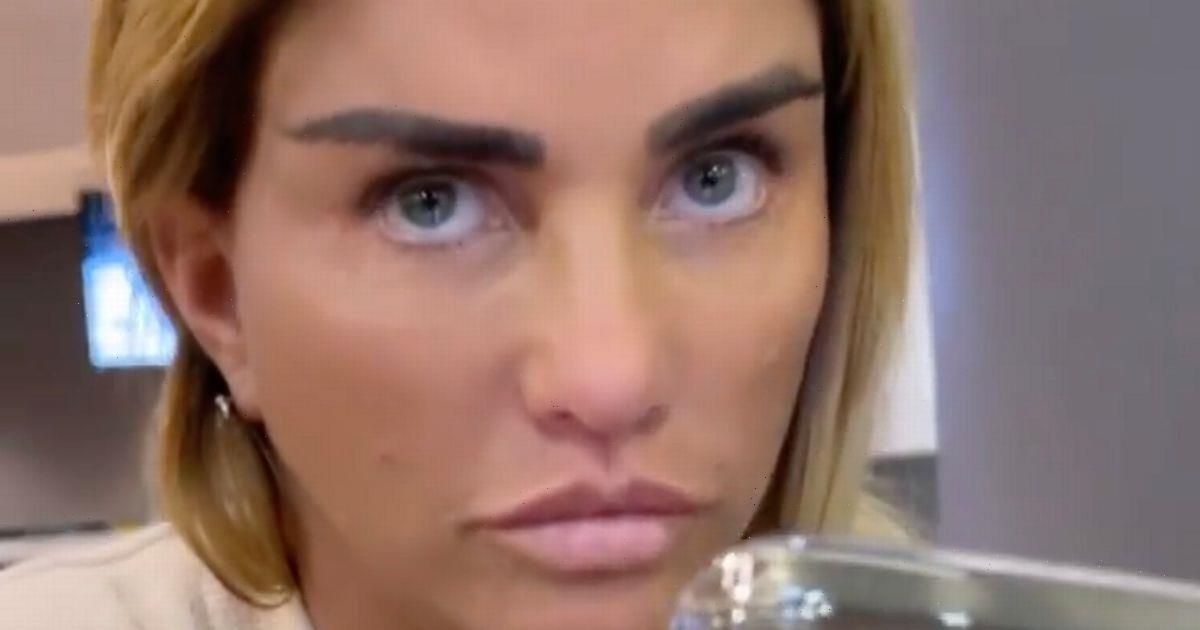 Katie Price and husband-to-be Carl Woods were asked to leave a flight because Katie wouldn’t wear a face covering, a fellow passenger claims.

The engaged pair were heading from New York to Las Vegas at the time.

A woman who claimed to have been on the same flight tweeted on Tuesday: “@KatiePrice Just got thrown off our flight from New York to Las Vegas with her boyfriend !! So annoying and embarrassing. Wear your bl***y mask was it worth it”.

The woman continued in a follow up tweet: “Apparently she was asked 4 times to put mask on and she refused when warned she would be taken off the plane she said go on then. they had no idea who she was – Carl looked mortified. She said to me “ I didn’t do anything” ! Matching cream tracksuits so embarrassing.”

Katie, 43, and Carl, 32, are on holiday in America following the end of Katie's rehab stay.

A friend of Katie’s has since come to her defence and said that the 43 year old’s mask was down because she was on the phone to her children.

They toldThe Sun: “Katie was on the phone to her kids so had pulled the mask down to be heard more clearly.

“She was just finishing up the call when cabin crew came over and told her she needed to wear the mask over her mouth.”

The source close to Katie added that it was “not true” that she was kicked off the flight.

“She chose to exit the plane as she hadn’t finished speaking to her kids. She just walked off and got the next flight out – there was no big drama,” they continued.

Carl shared snaps on Instagram on Tuesday 9 November, and described Las Vegas as his “home”.

He shared a picture of the “Welcome to Las Vegas” sign at the airport along with the caption “finally home”.

Carl also shared videos of the impressive buildings in the Nevada-based city from the moving car they were in.

The pair’s trip to Las Vegas comes afterrumours that they’re planning to tie the knot soonwith Katie’s court date coming up next month.

“She’s in a huge rush to get married before the court date – she was planning for a winter wedding anyway, but she’s determined to tie the knot as soon as possible," a source told The Sun.

“She’s told Carl she wants to be Mrs Woods as soon as possible so it’s full steam ahead on the wedding plans,” they added.

Katie’s reps wouldn’t confirm or deny the rumours, but told OK! that “all parties involved would be supportive of Kate's and Carl's choice”.