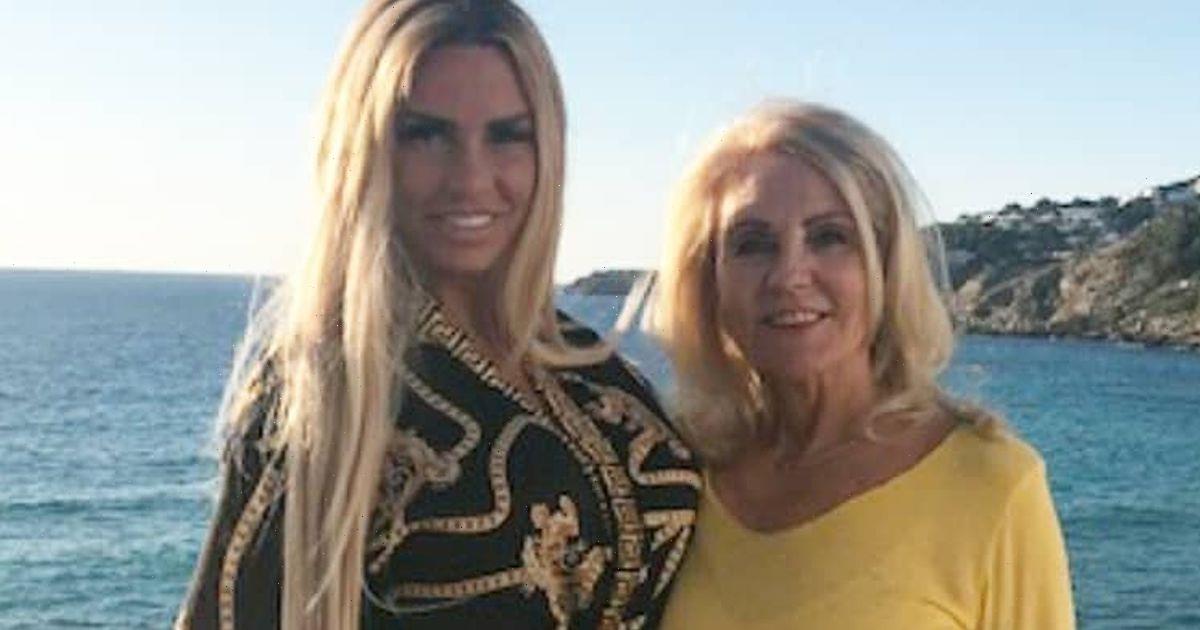 Katie Price has opened up on how her "ruthless" mum interrogates her boyfriends to determine whether they're going to scrounge off her.

The 42 year old's mum Amy, 69, who is in the "last couple of years" of her life according to her daughter, said Katie's been in some "terrible" relationships over the years.

"Katie's got involved with some terrible men," Amy told The Sunday Times Magazine. "It’s the same pattern over and over. They all start off saying, 'I love your daughter, I’ll look after her,' then they live off her."

She continued: "Then there’s the hangers-on and the freeloaders. I spot them a mile off and I’ll call them out, but Kate’s got such a big heart and she’s so generous, she can’t see what they’re doing."

Katie confessed her mum has "embarrassed" her many times over her protective behaviour and the interrogations she holds with her boyfriends.

She told the publication: "She’ll turn up at my house and say to the latest boyfriend: 'Have you got a job? Or are you just going to ponce off my daughter?'

"She is ruthless and it turns out she’s always right."

But Katie said her latest boyfriend Carl Woods, 33, is different and her mum has determined he's worthy of her daughter "so far".

She said: "With Carl, Mum’s already told him not to mess me around and so far he’s passed the t***er test.

"He’s got his own money, he’s not interested in fame and hates anything to do with Jordan [her model alter ego]."

Katie was engaged to Warren Foreman before dating Dane Bowers between 1998 and 2000. She then had her first child, now-18 year old son Harvey, with former footballer Dwight Yorke.

She later married Alex Reid before separating and dating Danny Cipriani. Katie was then engaged to Leandro Penna, but the pair parted ways.

Katie then tied the knot with Kieran Hayler, who she only recently finalised her divorce with, and had two more kids Jett, seven, and six year old Bunny.

Since then, she's been engaged to Kris Boyson and later dated Charlie Drury before finding a "good egg" in former Love Islander Carl.

Katie and Carl have been open about wanting to have children together.