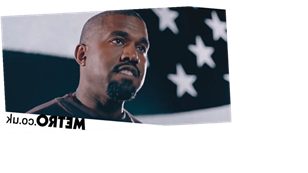 Kanye West still appears to be running for the White House after sharing a presidential campaign video, promising to help ‘build a stronger’ America.

The Jesus Walks rapper announced his plans to run for president in the upcoming US election but, with Donald Trump and Joe Biden going head-to-head, Kanye’s own bid for the White House got lost in the tense political race.

Well for those that had forgotten, he released a campaign video on Monday asking the country to send write-in votes for his independent party.

‘America, what is America’s destiny? What is best for our nation, our people, what is just, true justice?’ he says, adding: ‘We have to think about all these things together as a people, to contemplate our future, to live up to our dream, we must have vision.’

The message then became heavily inspired by religion as Kanye, who is a born-again Christian, continued: ‘We as a people will revive our nation’s commitment to faith, to what our constitution calls the “free exercise of religion”, including of course prayer.

‘Through prayer faith can be restored — we as a people are called to a greater purpose than ourselves.

Kanye, 43, called for the country to ‘act on faith’ and with the ‘sure knowledge’ that they are ‘pursuing the right goals and doing the right things’.

He then vowed: ‘We will build a stronger country by building stronger families: families are the building blocks of a society, of a nation.

‘By turning to faith we will be the kind of nation, the kind of people God intends us to be.’

Kanye’s presidential campaign has been mired by controversy.

Just weeks after announcing his bid, the Gold Digger rapper faced electoral fraud allegations after claims of suspicious signatures supporting him. He’s also missed several ballot deadlines in key states after failing to hand in the documents needed to register.

In August, the rapper denied being paid by the Republican Party to be a distraction during the US presidential election race.

He said on Nick Cannon’s podcast: ‘People keep on saying, “I think that y’all and Republicans are in cahoots”…

‘Ain’t nobody paying me. I got more money than Trump.’