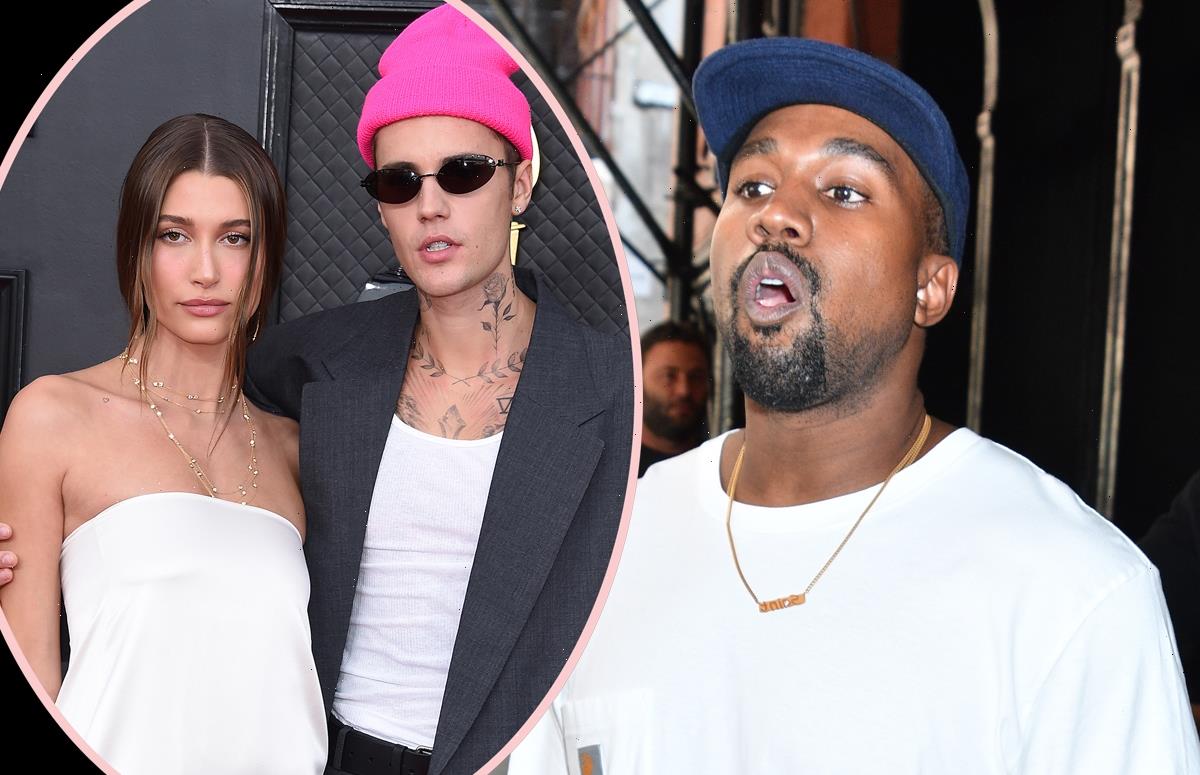 The 45-year-old has gone in on Gigi Hadid this week after the supermodel stepped in to defend Vogue editor Gabriella Karefa-Johnson from the rapper’s online antics. Now, the Jesus Walks performer is calling out Hailey Bieber in the throwdown, too — and involving Justin Bieber in it all as well!

See, Hailey was also defending Gabriella — actually not even defending, so much as just supporting, writing directly to the Vogue editor:

“My respect for you runs deep my friend! to know you is to adore you and to work with you is an honor. the most kind. the most talented. the most fun. the most chic.”

She didn’t mention Ye at all. But that didn’t stop him from invoking the Biebs — and John Legend — in his next attack, writing on Wednesday:

“THOSE BOOTS GAB WAS WEARING WERE F**KING TRAAAAAAAAAAASH BUT I’M SURE JOHN LEGEND STILL WANTS A PAIR. AND JUSTIN GET YOUR GIRL BEFORE I GET MAD.”

In another (and also since-deleted) post, he again addressed Justin instead of Hailey in a blatantly reductive display of sexism:

“Wait am I canceled again??? Justin please let me know”

You can see that (below): 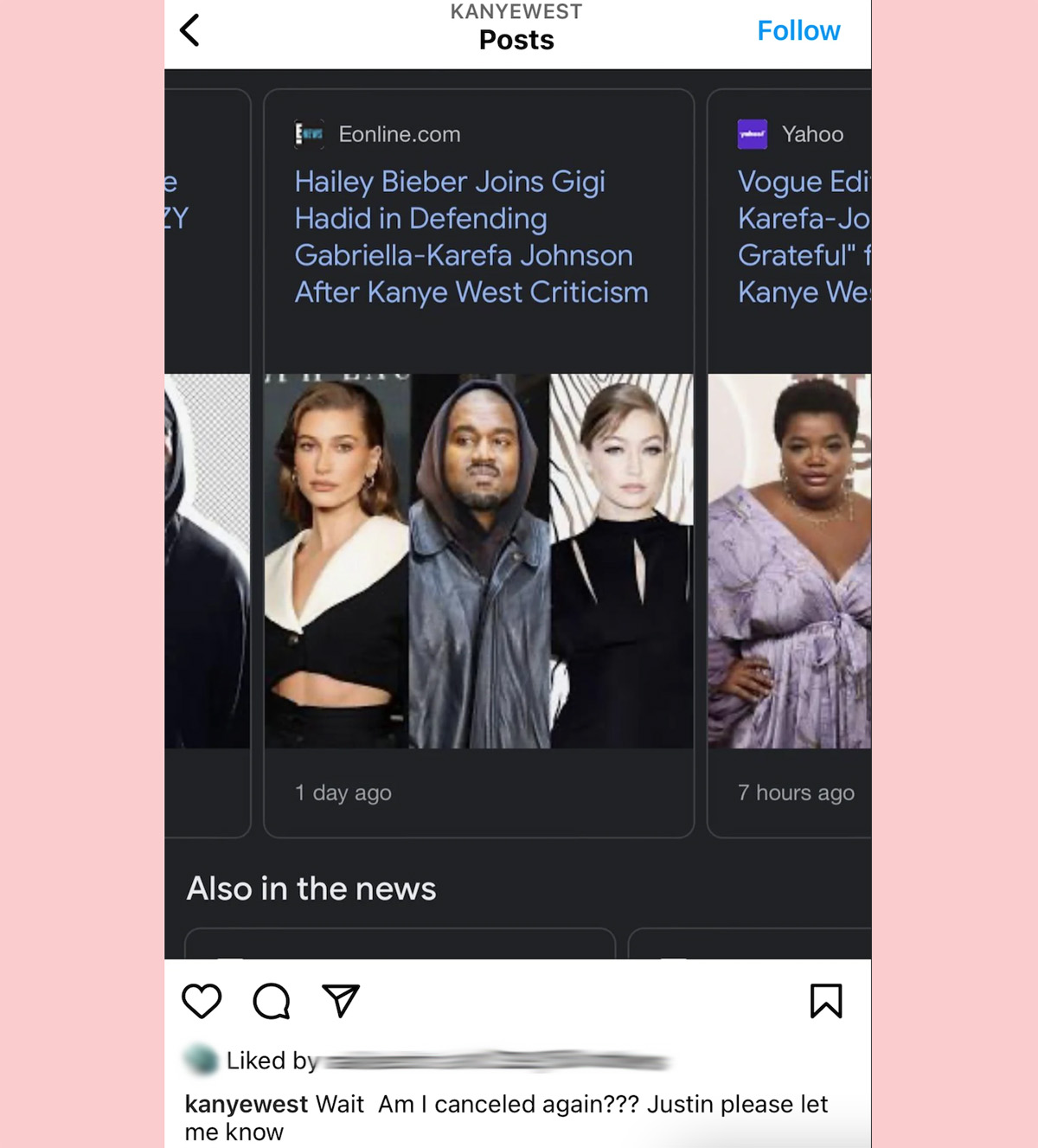 But he wasn’t through going for Hailey. Next came the attacks on her looks. Because good Christian and unrivaled genius Kanye thinks it’s cool to bully people over that kind of thing in 2022.

On Thursday, the Power rapper briefly published an IG post addressed to model Vinetria. In it, he praised her as being “the culture’s favorite,” and called out Gigi and Hailey by name in opposition. Disgustingly, referred to Hailey as “nose job Hailey Baldloose” while accusing Karefa-Johnson of being “an obvious Corey Gamble level nonfashion industry plant.” He wrote:

“Vinetria you are the culture’s favorite ‘THEEYYY’ threw a mask on you at YZY SZN 9 when I wasn’t looking ‘THEEYY’ don’t want undeniable beautiful Black women to be put on their rightful throne. They want corny ass Gigi Hadid and nose job Hailey Baldloose to rally behind an obvious Corey Gamble level nonfashion industry plant.”

You can see the full rant (below): 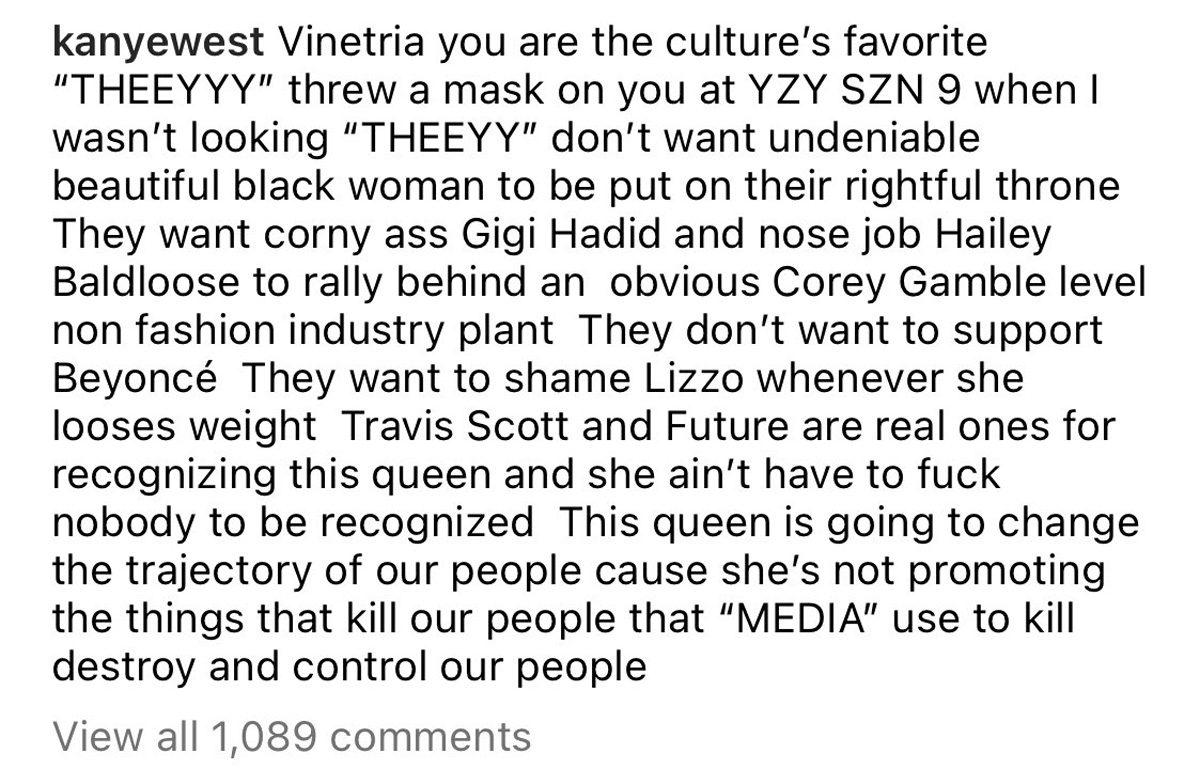 Do we even have to say it, y’all? Doesn’t it say everything about what kind of person we’re dealing with when even the act of comforting someone he’s attacking lands a bystander in his crosshairs? And he attacks them with such schoolyard glee?