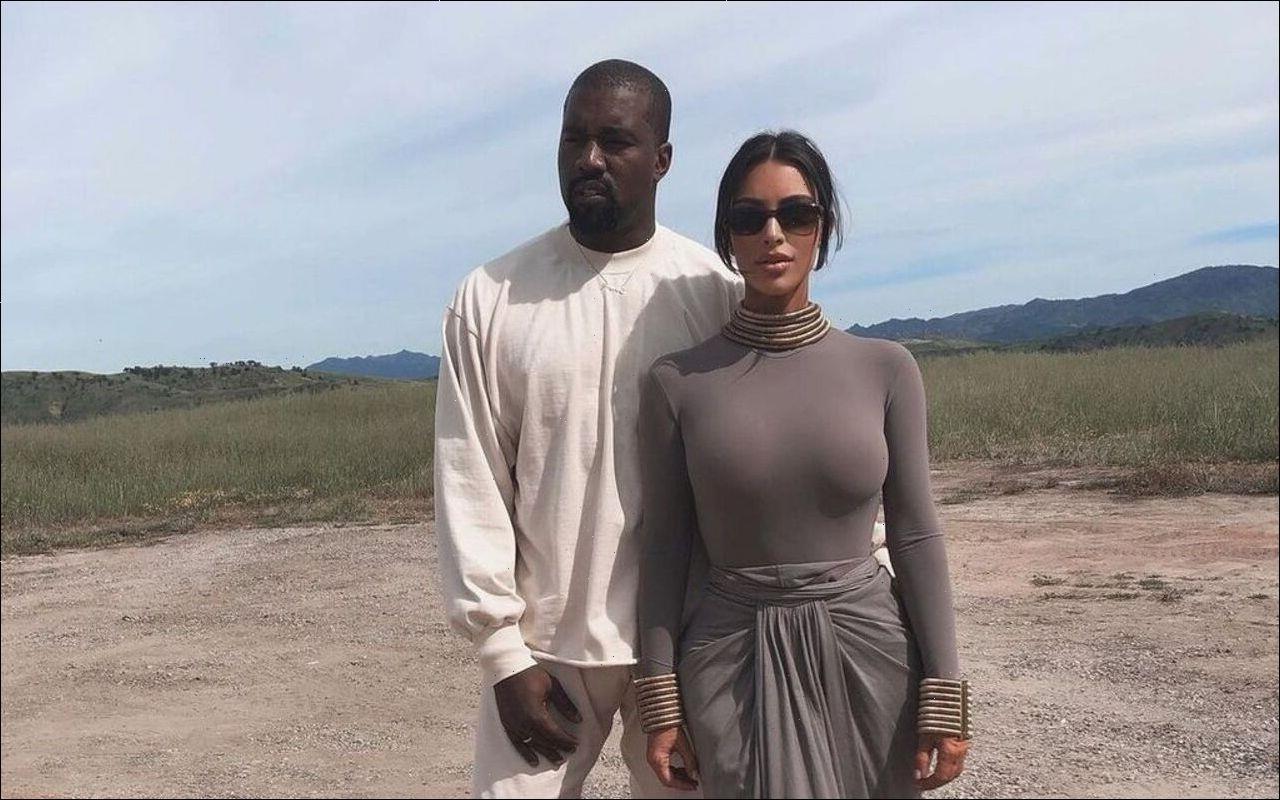 Kanye West takes aim at his former wife’s SKIMS shapewear brand, claiming he was uncomfortable when their children helped promote the products during their marriage.

AceShowbiz –Kanye West believes “fashion” wants Kim Kardashian to “put her a** out.” Critical of his ex-wife’s recent Interview magazine photoshoot, the “Stronger” rapper slammed “influencers” such as Corey Gamble – the boyfriend of Kim’s mom Kris Jenner – and fashion journalist Gabriella Karefa-Johnson for putting ideas “in [her] head.”

“Kim is a Christian, but she has people who want her to go to Interview magazine and put her a** out while she’s a 40-something-year-old multi-billionaire with four black children and this is how fashion, how they want to present her…,” Kanye said.

“There’s so many things that are put in Kim’s head. They bring influencers, like no one ever knew where Corey Gamble came from, no one in the fashion world knows where [Gabriella Karefa-Johnson] came from.”

“These people were practically made in a laboratory in my opinion. And one of the things they’re really good at doing is being nice and being likable.”

“And what they do is for people who have some form of influence – whether it’s an educated Black woman like my mother that became the head of the English department at Chicago State University, or whether it’s the most influential white woman on the planet, being my ex-wife – they have people that are around them at all times telling them what to be afraid of.”

“Not what to do or say, specifically, it’s what to be afraid of. And if you have a person that isn’t afraid of them like a Russell Brand or Candace Owens, it’s not that we have to agree with this, but they’re not afraid to state what their opinion is.”

The 45-year-old rapper branded Kim’s shapewear line SKIMS “overly sexualised” and admitted he was uncomfortable with the – the mother of his children North, nine, Saint six, Chicago, four, and three-year-old Psalm – modelling their products during their marriage.

Speaking on Fox News’ “Tucker Carlson Tonight“, he said, “I had a lot of issues with the imagery of SKIMS.”

“I felt like there’s a lot of imagery that was overly-sexualized and things I wouldn’t want to see my wife and definitely not my daughters doing in the future in order to sell product. But it reaches another level when it’s like, ‘OK, well this is what my wife is doing. This is what she is doing for our children.’ “