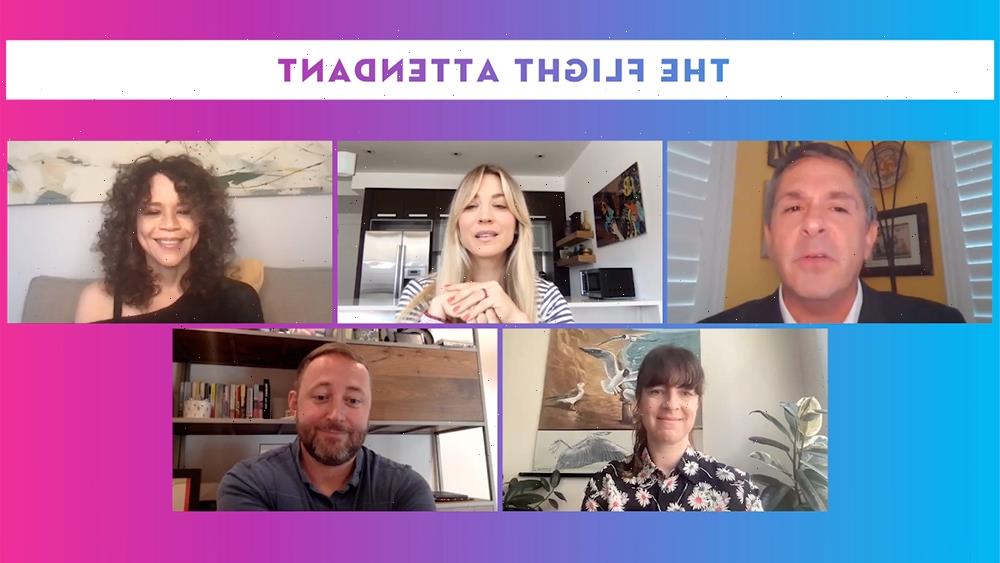 In an autumn when the pandemic continued to keep us in the doldrums of lockdown, along came Warner Bros TV/Max Original’s The Flight Attendant starring Kaley Cuoco with its exotic locales and comedic set-up of a first-class flight hostess, Cassie Bowen, who wakes up next to her one-night stand in Bangkok with his throat sliced.

After 279 episodes on The Big Bang Theory, knowing that Cuoco could deliver more high jinks was never a question. But she displayed sides in Flight Attendant we’d never seen before — from action spy star to emotional drama as a young woman battling alcoholism and trying to get a grip on her reality.

Even more than on camera, Cuoco flew the plane in developing Flight Attendant as executive producer. When she first optioned the book by Christopher A. Bohjalian for her Yes, Norman productions, her first response was “I don’t want it to be this dark.” Instead, she wanted to create “a tone that was very unique; everyone had the same goal in mind,” she said on a panel for the series at Deadline’s Contenders Television: The Nominees awards-season event.

For EP and series director Susanna Fogel, the inspiration for the Bond girl-in-reverse series were Hitchcockian thrillers and campy Brian De Palma movies like Dressed to Kill. “In most of those, women aren’t funny and they’re not warm; they’re these hysterical projections – either seductive victims or villains,” she said.

Essentially, take a grounded female character, “make her as authentic and relatable as possible, and drop her in a stylized, heightened genre aesthetic,” added Fogel, who has already won the DGA Award this year for Flight Attendant in the Outstanding Directorial Achievement in a Comedy Series. She’s also up at the Emmys for helming the Max Original pilot in the comedy category.

EP and Flight Attendant creator Steve Yockey always knew Cuoco had the chops to pull off the emotional bandwidth of Cassie, from her tears to her physical shenanigans.

“She’s been on TV since she was 4 years old,” says Yockey, who is nominated for the series pilot “In Case of Emergency” in the comedy writing series category. “She’s very skilled with her craft and knows what she’s doing and the targets and the modulations she’s trying to hit.

The Flight Attendant is nominated for nine Primetime Emmys including Outstanding Comedy Series and Cuoco for Lead Actress in a Comedy Series.