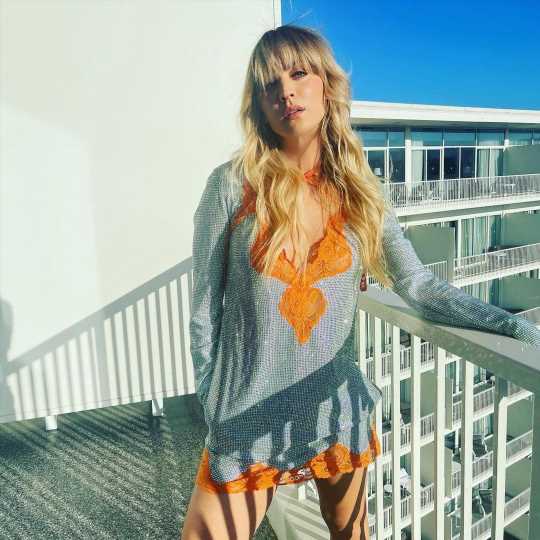 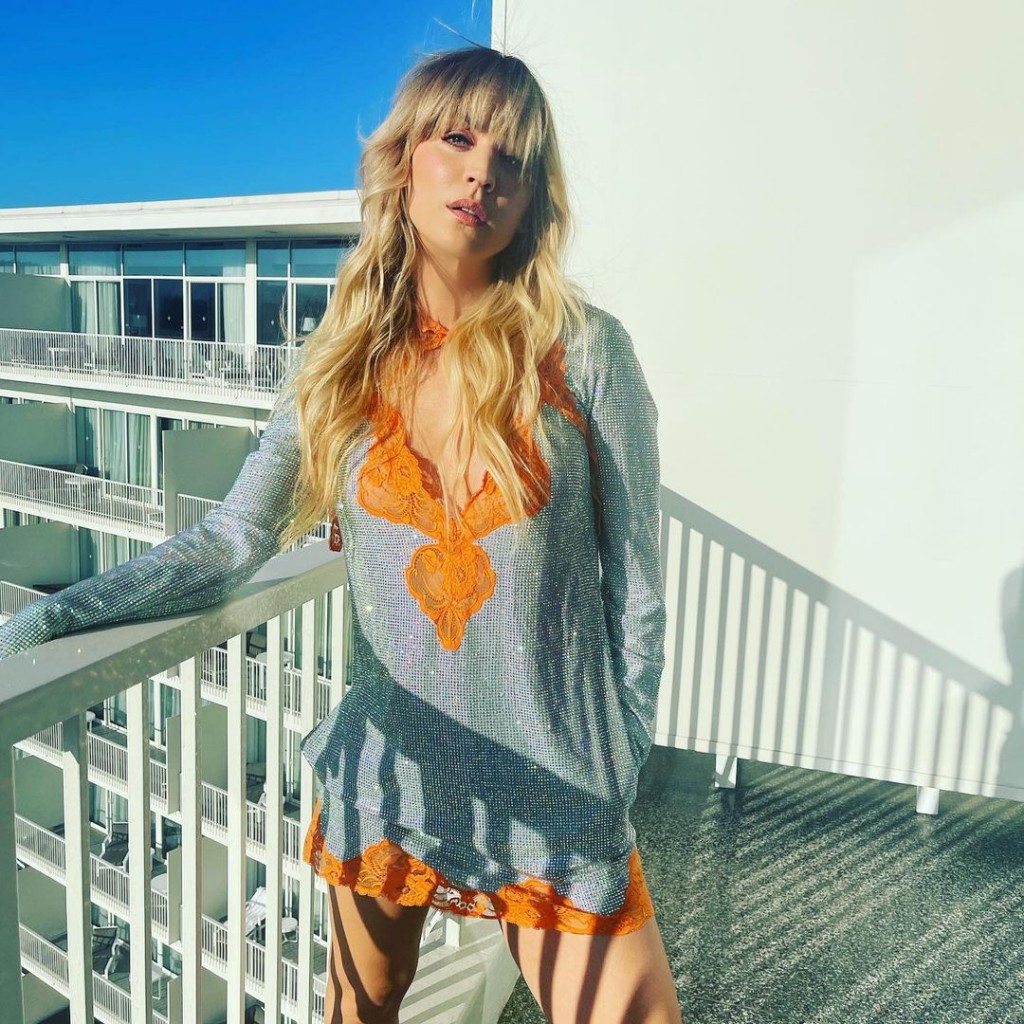 We know what a big animal lover Kaley Cuoco is. She’s adopted many pets and advocates for a couple rescues and organizations. Her latest adoption, however, is a little different. Kaley usually adopts dogs and horses. But she’s just added a tiny rooster to her menagerie. His name is Mini Cooper and he was adopted from the Lancaster Animal Care Center. Kaley posted this pic to her Instagram stories: 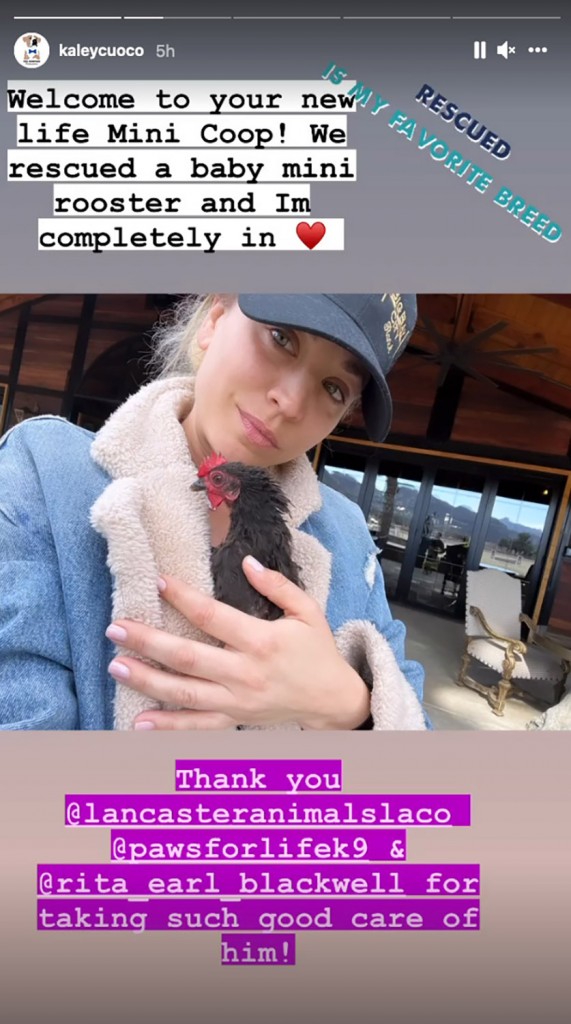 He’s a cute little guy. Kaley does have a ranch. I assume she kept it in the divorce. It’s a horse ranch but maybe she has some other animals there. So Mini Cooper will have company. Does Kaley know how loud roosters are, though? And that early morning crowing isn’t just a thing in cartoons. The people who I know who have chickens love them. The few I know who got roosters… don’t love them. I hope Kaley’s neighbors are far enough away not hear them. But, if she’s an early riser, it won’t bother her, and Mini C will have plenty of space to run around. He’s definitely cute. I can’t imagine what possessed her to adopt a rooster, though. Maybe it was love at first sight. Like Kaley said when she met her senior dog, Larry “when you know, you know.”

I was going to suggest Kaley get some chickens to keep Mini Cooper company, but she won’t want that unless she wants to run a chick nursery for a long time to come. And she certainly doesn’t want more roosters, or she’ll have a cacophony of crowing waking her up each morning. Maybe a pig? That’d be a cute sight. I guess her dogs could show Mini C the lay of the land. Or he could ride around on one of the horses. I’m sure he’ll become a staple on Kaley’s IG, she’s very good about keeping us up to date with her furry friends.

Apparently Mini C was pretty popular with the staff at the Care Center. They made an amazing sendoff video he got adopted. The caption read:

Thank you @kaleycuoco for adopting the teeniest, tiniest little rooster there ever was ? #seenequalssaved

Mini Cooper was adored at the Lancaster Animal Care Cemter @lancasteranimalslaco and would often spend time in the offices with staff while they worked!

Everyone came out to say goodbye and send him on his way – they even packed up his favorite toy to go home with ?.

Happy new life, cherished and adored, with a family of littles. ?? ???

Check out this goodbye video. This is a great send off! I’m going to hire Lancaster Animal Care to do the montage for my memorial when I pass on. 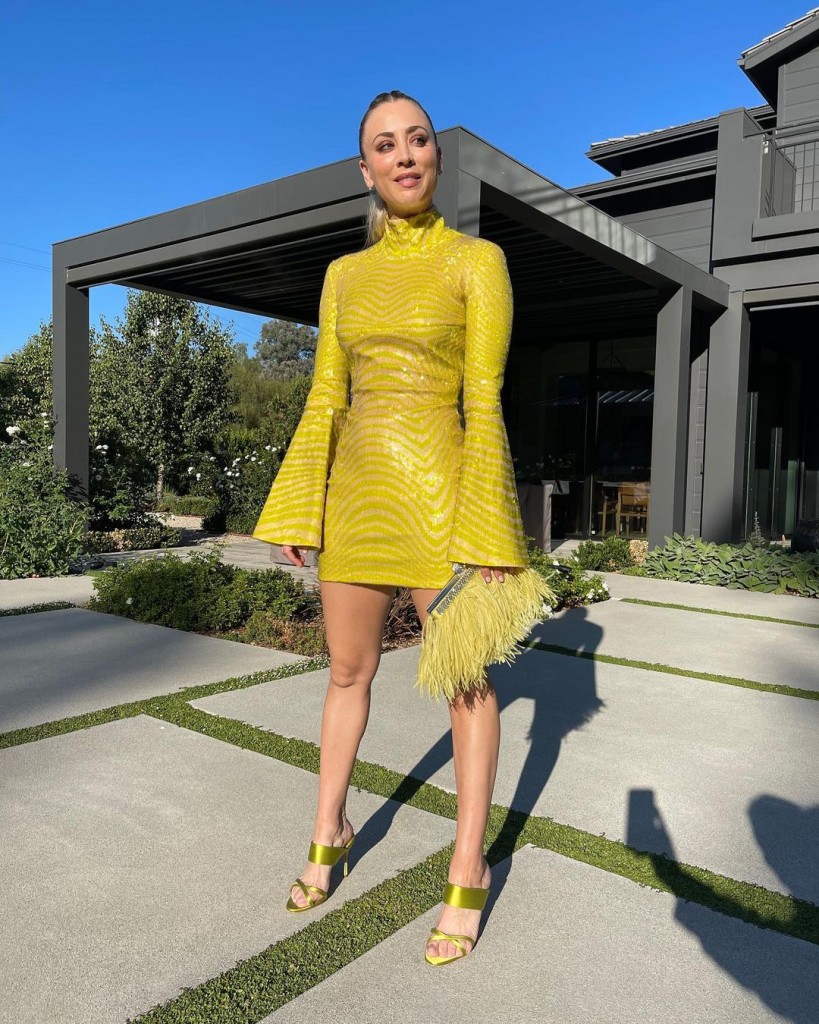 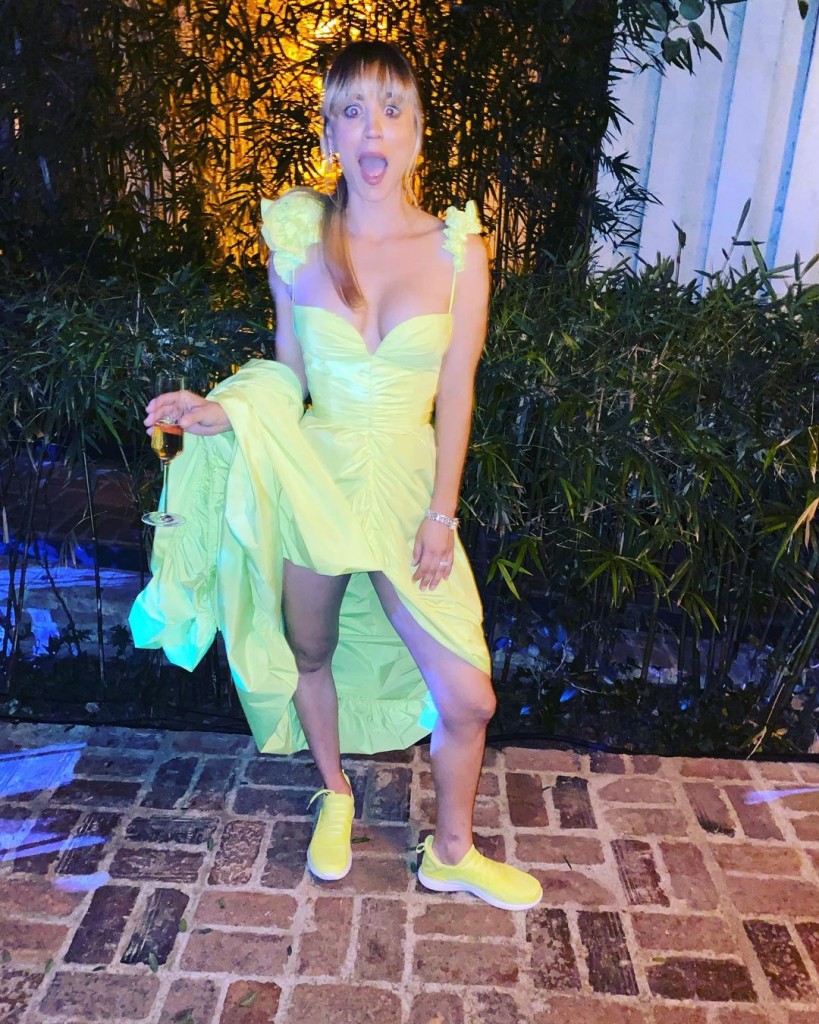