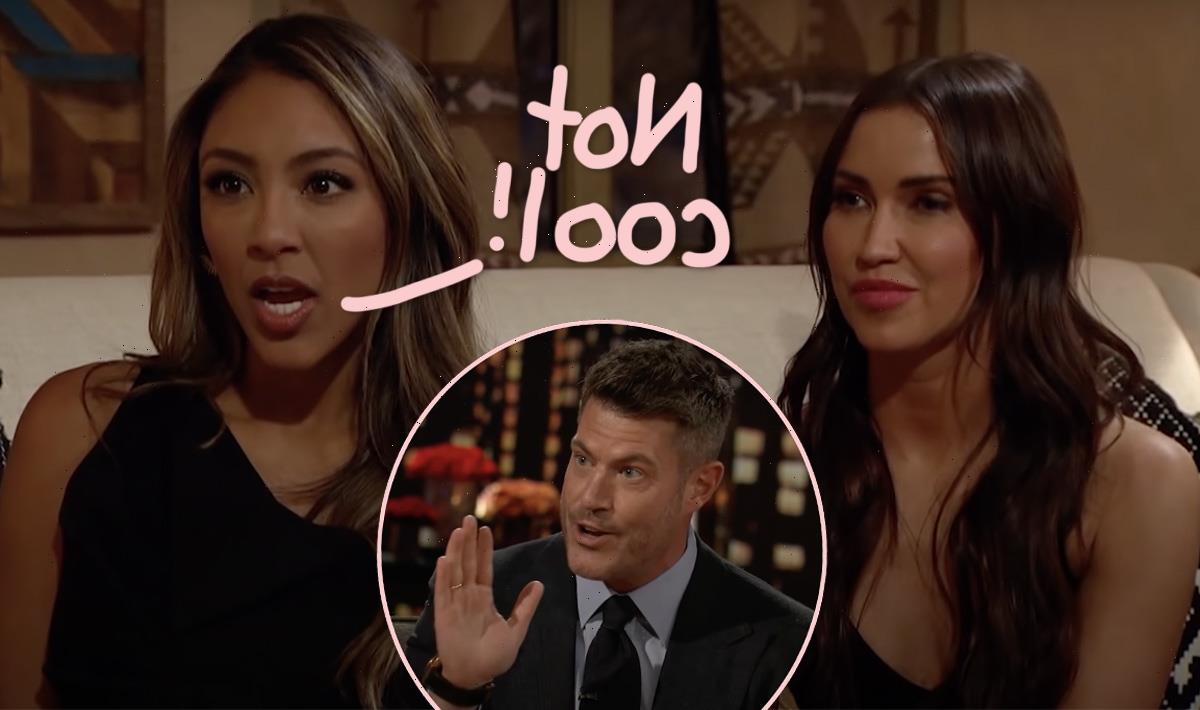 Things are NOT looking too rosy for Kaitlyn Bristowe and Tayshia Adams!

Of course, Kaitlyn and Tayshia stepped up to host the two most recent seasons of The Bachelorette, including season 17, which featured Katie Thurston, and season 18, featuring Michelle Young, a tough spot following longtime host Harrison’s ouster. But things apparently haven’t been smooth since then, with show execs casting aside the two women in favor of Palmer, who will be full-time on the upcoming two-lead season.

An insider spoke to The Sun for a report published late Thursday, revealing key details about the 43-year-old former Bachelor lead, his preparation for hosting the 19th season of The Bachelorette featuring joint stars Gabby Windey and Rachel Recchia, AND the juiciest bit — how Katilyn and Tayshia REALLY feel!

A source “close to production” told the outlet this about the ladies (below):

“I don’t think either of them were happy with how they were tossed to the side, and Tayshia seems over the whole show.”

The finality of the whole thing is actually pretty surprising. Per the source, it sounds like the two women aren’t planning on having much to do with the franchise at all moving forward:

“Tayshia and Kaitlyn have no plans on returning to host in the near future. Kaitlyn still gets involved with the franchise but Tayshia seems completely done.”

The flip side of that, then, is Palmer.

The franchise’s executives are “borderline obsessed” with the former football player, according to the insider, who explained that the new host is precisely what they’ve been looking for:

“ is exactly what they were looking for in a host… an unproblematic Chris Harrison type.”

FWIW, Kaitlyn has previously voiced some support for Jesse as he prepares to host this dual-star season of The Bachelorette, which premieres on July 11. During this week’s episode of Bristowe’s podcast, Off The Vine, the former reality TV star said publicly of Palmer:

“I think Jesse’s amazing. He’ll be a great host and I hope he helps Gabby and Rachel in any way that he can.”

So that’s nice! And maybe extra difficult to say considering what we’re hearing about her feelings behind the scenes?

BTW, having Gabby and Rachel both leading the forthcoming season of The Bachelorette is apparently already causing problems for production. Filming for the show, which was scheduled to start this week, is supposedly “chaotic and unorganized” right now, per the production source.

They reported to the outlet that the dual-lead decision is a bit of a Hail Mary at this point:

“It’s been chaos behind the scenes. Execs went with the two Bachelorette leads as an impulse decision because of how strong the reaction was to both women, and their friendship, but also because they needed to shake up the franchise after the past few years of turmoil.”

The logistics have been tough to hammer out, perhaps, but apparently the drama is all for the better. The insider further explained:

“There is still no definitive process set up for how they will handle the two leads. Certain producers are feeding on that uncertainty though because they know the more chaotic it is, the better the drama will be for this season. They don’t even care if Gabby and Rachel end up hating each other by the end. They just want a good show and better ratings.”

Yeesh! Sounds pretty manipulative to use.

But to be fair, that’s kind of par for the course with reality TV. And especially with this franchise! It’s not like anyone can say they are truly surprised by that sort of stuff at this point, right?!

Anyways, what do U make of the show’s apparently hosting troubles, Perezcious readers?? Sound OFF on all this with your take in the comments (below)! 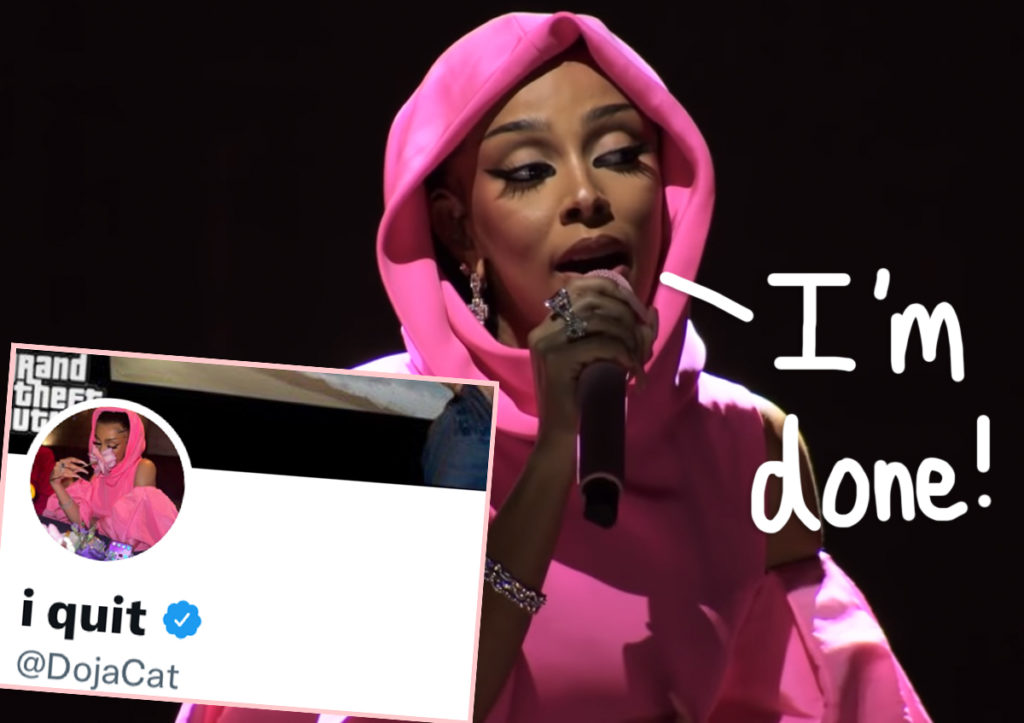 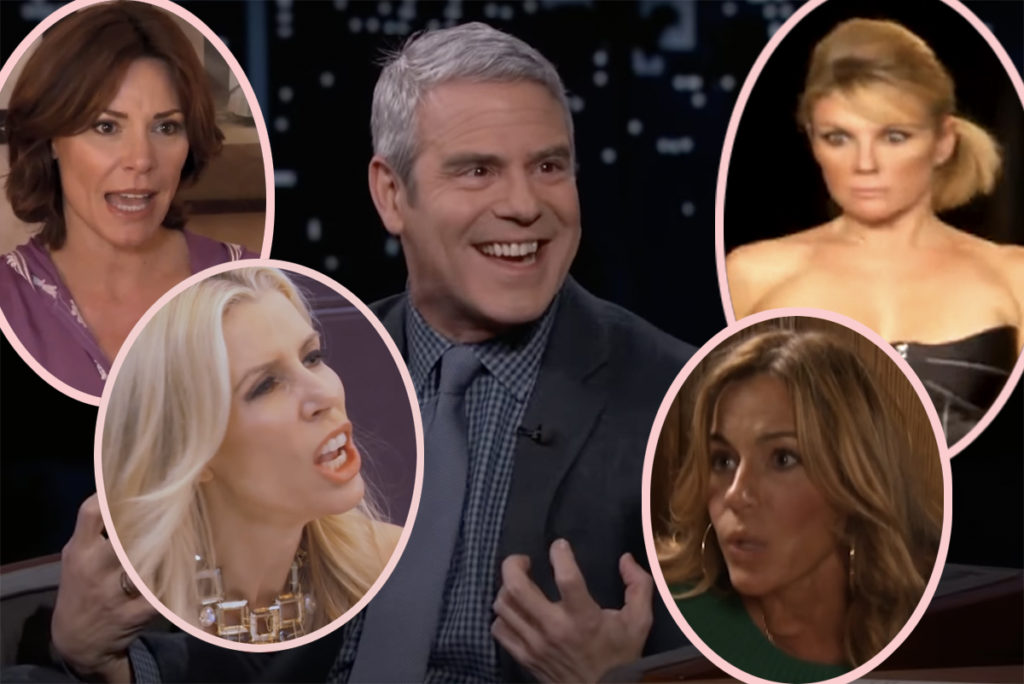 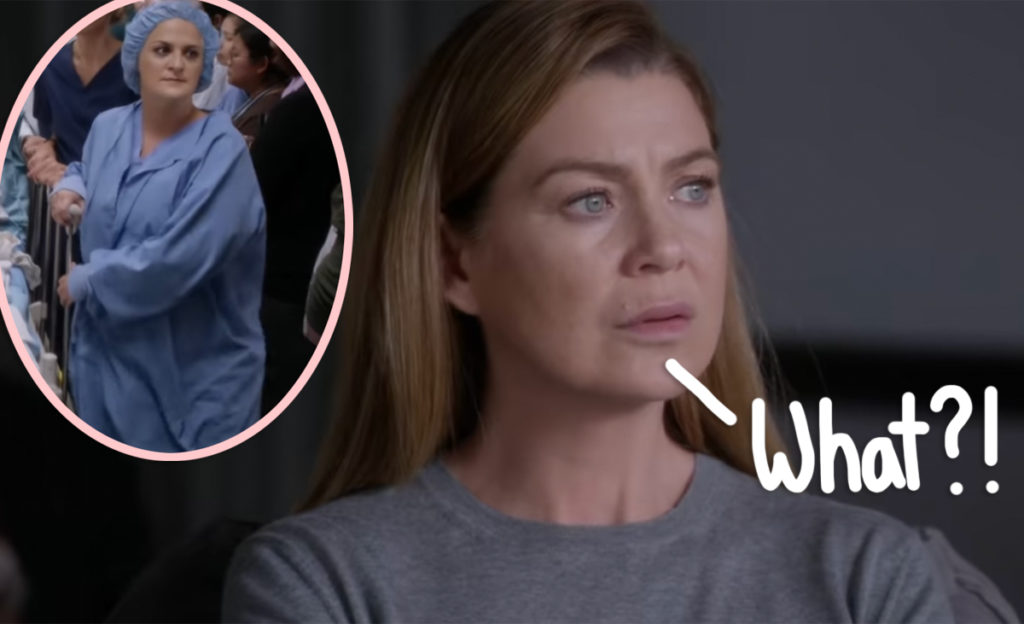 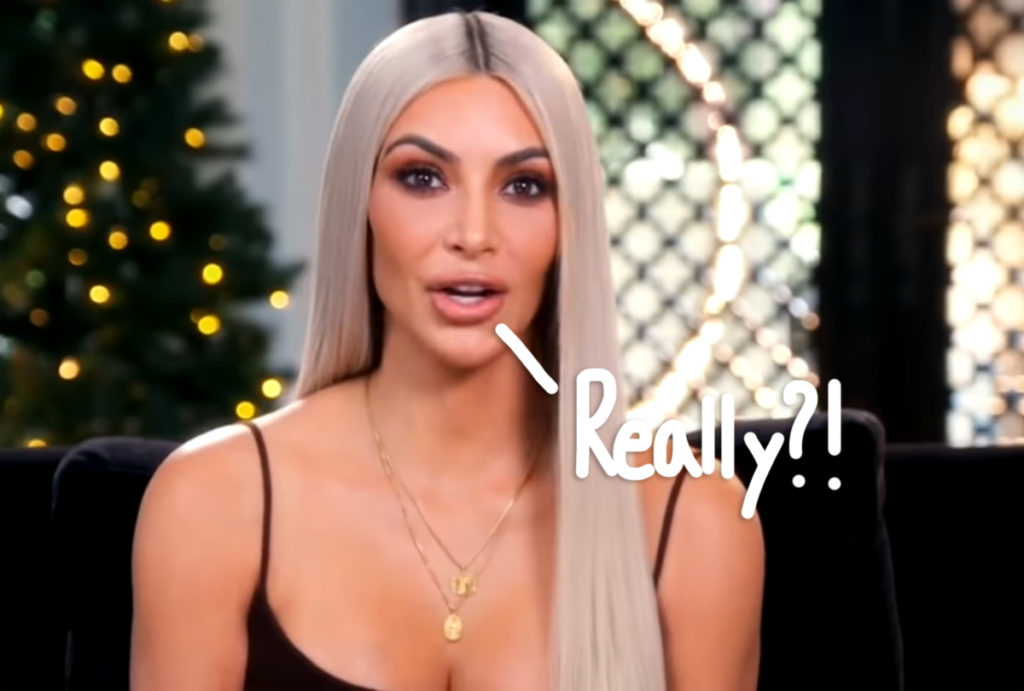