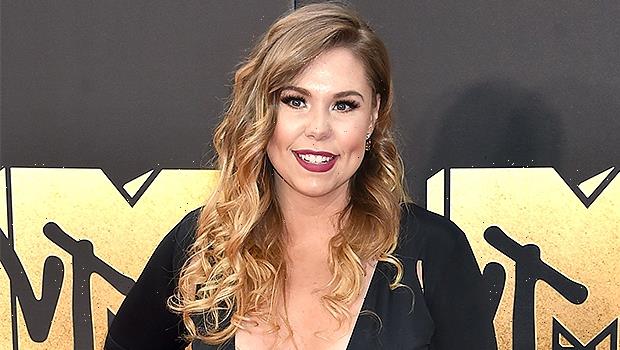 Kailyn Lowry has accused ex Chris Lopez of fat-shaming her. The ‘Teen Mom 2’ shared a screenshot of a text message that mocked her weight.

Kailyn Lowry put one of her exes on blast. The Teen Mom 2 star, 29, has accused former partner Chris Lopez of fat-shaming her. The reality star, who shares children Lux, 4, and Creed, 1, with Chris, shared a screenshot of a text message that she said she received from her ex on Instagram on Thursday, Sept. 2 that remarked about her weight.

The message in question read, “You know if you ran as much as your mouth, prolly…nvm just have your nanny have my kids ready thanks.” The response came after Kailyn sent a message that said she was “proud” of him. In a poll, she asked her followers “which baby daddy is fat shaming?” with Chris and former partners Javi Marroquin and Jonathan Rivera as choices. (She marked Chris as the correct response.)

The star is also mom to Isaac, 11, and Lincoln, 7, whom she shares with Jonathan and Javi, respectively. Kailyn and Chris split in July 2020 after an on-again, off-again four-year relationship. Following the split, the duo’s relationship has been shaky as they navigate co-parenting and custody agreements over Lux and Creed — most of which have been documented in Teen Mom 2.

During an episode of the MTV reality series last October, Kailyn admitted that she and Chris had a “toxic” relationship in an emotional confessional. “I think what has transpired over the last few months between Chris and I has just been so eye-opening,” she said. “I know that people have a ton of questions and they’re wondering how I could have gone back to someone like that.”

Kailyn also insinuated about domestic violence in the relationship. “I think there’s a lot to be said that I haven’t really talked about in a relationship where domestic violence is there and where it’s just really toxic,” she continued. “I’m still trying to figure that stuff out.” In September 2020, too, Kailyn was arrested after she allegedly got physical with her ex over a dispute concerning Lux’s hair. Her rep issued a statement to HL at the time that read, in part, “Ms. Lowry does deny all of the allegations but cannot respond specifically at this time due to the orders of the judge.”