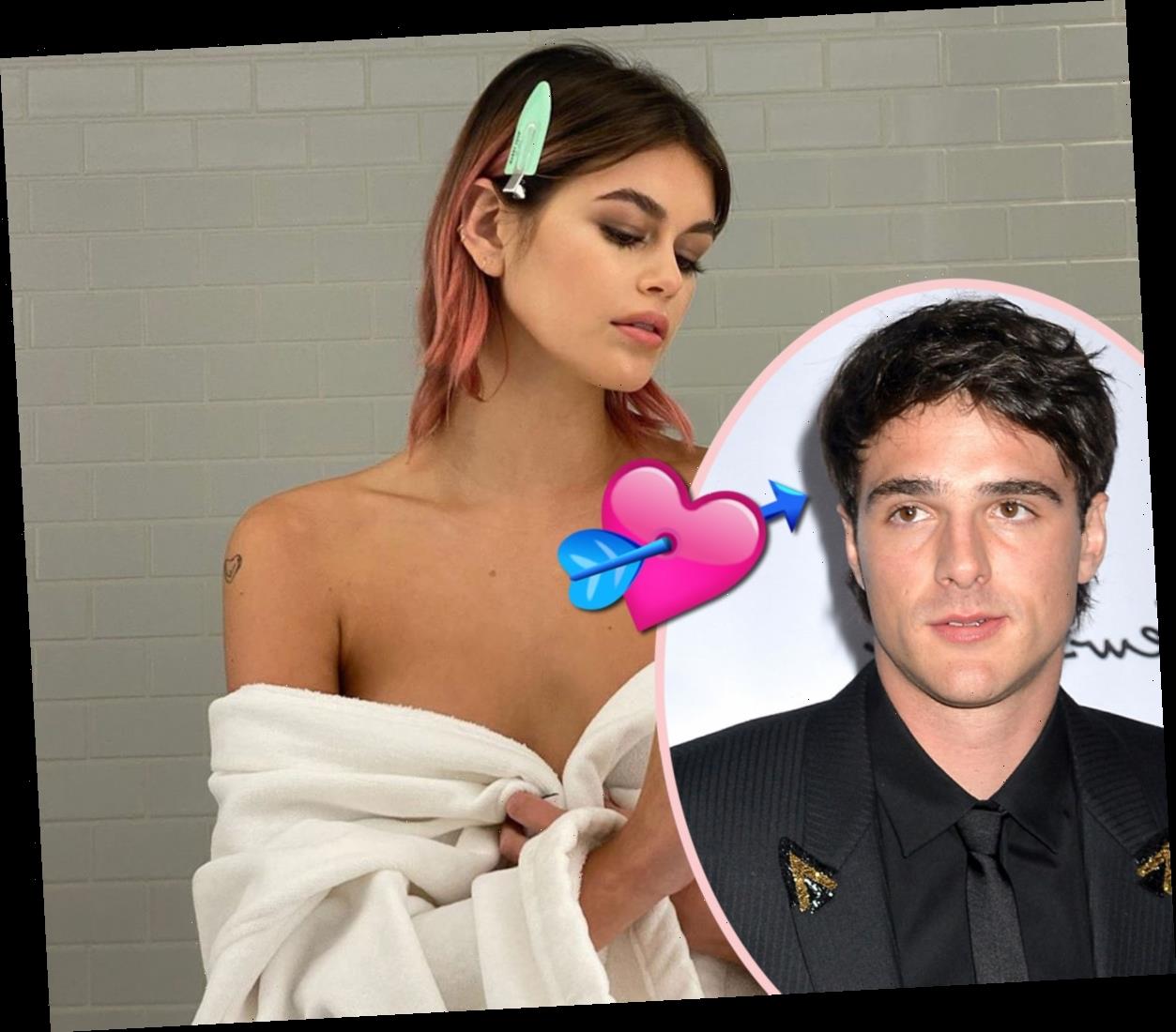 If it wasn’t already clear from all the time they’ve been spending together, Kaia Gerber and Jacob Elordi are pretty crazy about each other! New PDA-packed pics taken on Tuesday proved just that and more while the couple ran errands together in Los Angeles with the model’s pup, Milo.

Take a look at the super cute photos HERE!

A source close to Cindy Crawford‘s daughter just spoke with Us Weekly about the pairing, practically gushing about the actor:

“Kaia is having a lot of fun with Jacob. Her family thinks he is a stand-up guy and a breath of fresh air.”

Of course, this isn’t the first rodeo for either of the famous faces! As you may know, Gerber was previously linked to Pete Davidson from October 2019 until January 2020, while 23-year-old Elordi has been in two pretty serious relationships with his co-stars! From the summer of 2017 until late 2018, he took things off-screen with fellow Kissing Booth lead Joey King before being linked to Euphoria castmate Zendaya.

The Australian star will actually be reuniting with the Disney Channel alum for a Christmas Special of the HBO series airing on December 6. Even though it was produced under COVID-friendly guidelines, it will no doubt still be an awkward return to set amid his new relationship with Kaia.

After all, he and the supermodel have been linked sinceearly September after being spotted for the first time together. It wasn’t long before they were jetting off to the Big Apple together for work and down to Mexico for some fun in the sun with her family.

However, it hasn’t been all smooth sailing! The Netflix star had to quickly address (in so many words) trolling that was occurring online as he got close to Miz Gerber. Along with a pic of himself on a video call with his parents, Jacob wrote:

“A picture of myself and my mother and father sharing a video call. We communicate like this because I’m really far from home and I don’t get to see them too often. They live in a constant space of anxiety when I am away from them, as do I in the reverse. This is a reminder I am a human being. If you find it difficult to make your way through the day, I get it, life is heavy. I implore you when you feel like this to try a little kindness, pay it forward, and I promise it will find it’s way back to you. I hope it helps you as I find it helps me. Always in love, J xx.”

Let’s hope those memes are dying down now that things are heating up… but you can’t stop the internet!