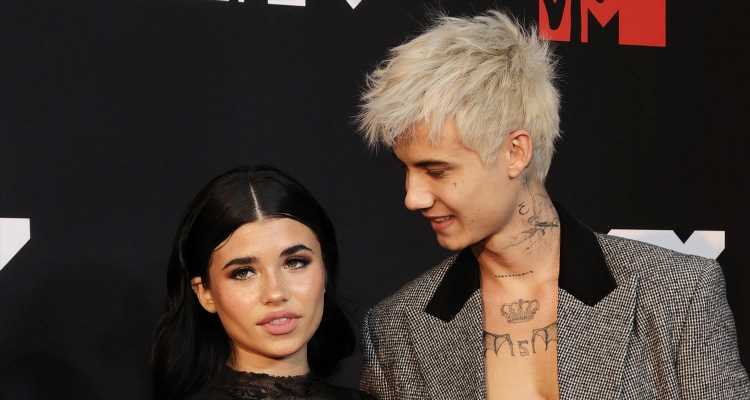 Jaden Hossler, aka jxdn, and girlfriend Nessa Barrett kiss on the red carpet at the 2021 MTV Video Music Awards held at Barclays Center on Sunday (September 12) in Brooklyn, New York.

The 20-year-old singer is nominated at the ceremony for Push Performance of the year for his song “Think About Me.”

Earlier in the weekend, Nessa released her debut ep pretty poison. Check it out here!

“NO WTF IN TIMES SQUARE UR JOKING? Thank u so much @spotify ???,” she shared on Instagram, along with a photo of her Times Square billboard.

Nessa will also be performing “i hope ur miserable until ur dead” on Late Night with Seth Meyers THIS Wednesday (September 15).