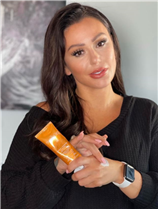 JWoww is no stranger to plastic surgery.

For years and years now, she’s done a little tweak here, another tweak there …

She’s been getting work done basically since she was legally able to do so — she got breast implants before Jersey Shore was even a thing.

After she gave birth to her daughter, she got the implants replaced, and over the years she’s admitted to getting different fillers and injections.

She has maintained, however, that she’s never had any “invasive” procedure done on her face.

No face lift, no nose job, no chin or cheek implants — though plenty of people have speculated that she’s secretly done all of those.

But if all she’s had is some Botox every now and then and some lip fillers on occasion, why does she look so different?

Jersey Shore fans have been noticing, especially this year, that her look has really been transforming, and that she doesn’t look a whole lot like the JWoww that first graced our television screens in 2009.

And it’s even more noticeable in the new photos she shared this week.

But instead of talking about the product, her followers wanted to talk about her appearance.

One person just came right out with it and commented “Girl you had a lot of work on your face.”

These photos seemed to be the last straw for at least one former fan who lamented “I used to like you, down to earth!”

It seems like people have a lot of feelings about this, right?

But her photos have been getting this kind of reaction for a little while now.

If you take a look back on the comments on some other photos she’s shared just this week, you’ll see the same kind of sentiments.

Another rude question someone asked read “What’s wrong with your face?! Stop with fillers or whatever you do, you don’t look normal.”

“Your face look so fake,” yet another follower complained.

At least one fan tried to be nice about it, telling her “Please stop you’re so pretty.”

Look, does JWoww look different in these photos?

Of course she does.

A whole, whole lot of people remember her most from the early days of Jersey Shore, and over ten years have passed since then.

She’s had two children, done a lot of living, and this is a Jersey Shore star we’re talking about, so she’s done plenty of drinking too.

All of that combined with her admitted affinity for injectables … yeah, her face looks different.

It’s OK to notice, but do we really have to be so rude about it?