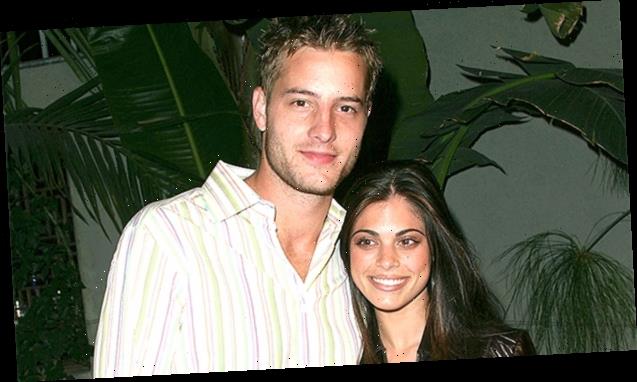 Justin Hartley’s first wife, Lindsay Korman-Hartley, is backing up her ex-husband amidst his very public divorce from Chrishell Stause. The soap star called him a ‘solid man’ and ‘devoted father’ on IG.

As it turns out, Justin Hartley has one ex-wife on his side. Actress Lindsay Korman-Hartley, who was married to the This Is Us star from 2004 to 2012, went to bat for her ex-husband on Instagram after his divorce drama with Chrishell Stause played out on Selling Sunset. Lindsay, who shares a 16-year-old daughter, Isabella Hartley, with Justin, took to Instagram with a lengthy message about the “solid man” she holds dear.

“In a day when social media should be used for positivity… an inspiration toward movement in an honest and deserving way… I’d like to join in by highlighting my appreciation for my family,” Lindsay, a prominent soap opera star, wrote on August 11. “Today, I appreciate my ex-husband, Justin, for not only being exemplification of a solid man, but for being my dear friend and devoted father to our daughter. Simply put; for being family.”

“We deserve our own opinion of people by experiencing life and time together, and we do our best to hold dear the ones that maintain consistent kindness, love, and generosity,” the Passions and All My Children star continued. “No matter what conflicts Justin and I had in the past, I appreciate what we have today and I am thankful for the family we have built.” Lindsay, 42, and Justin, 43, met on the set of Passions in 2003 and began dating soon after.

After just a few months, the couple announced their engagement and married in May 2004. Later that year, they welcomed their darling daughter, Isabella. Lindsay filed for divorce in 2012, but as she made clear in her Instagram post, they remained friends and devoted co-parents. Justin began dating Chrishell in 2014, and the couple married in 2017. Justin filed for divorce in November 2019, citing a July separation.

In the third season of Selling Sunset, Chrishell’s reality show, she confided in co-star Mary Fitzgerald about the divorce, revealing something shocking. “He texted me that we were filed [for divorce]. Forty-five minutes later the world knew,” Chrishell said tearfully. “In a fight, like that’s his go-to. Like, ‘I’m out, I’m out.’”

“I hate that kind of impulsive stuff but I always just thought that’s an issue, we’ll work through it,” she continued, through tears. “If that’s really what you wanted, there are better ways to go about it.” She added in her confessional, “Because of the crazy way in which this went down, people want answers… and I f**king want answers.”