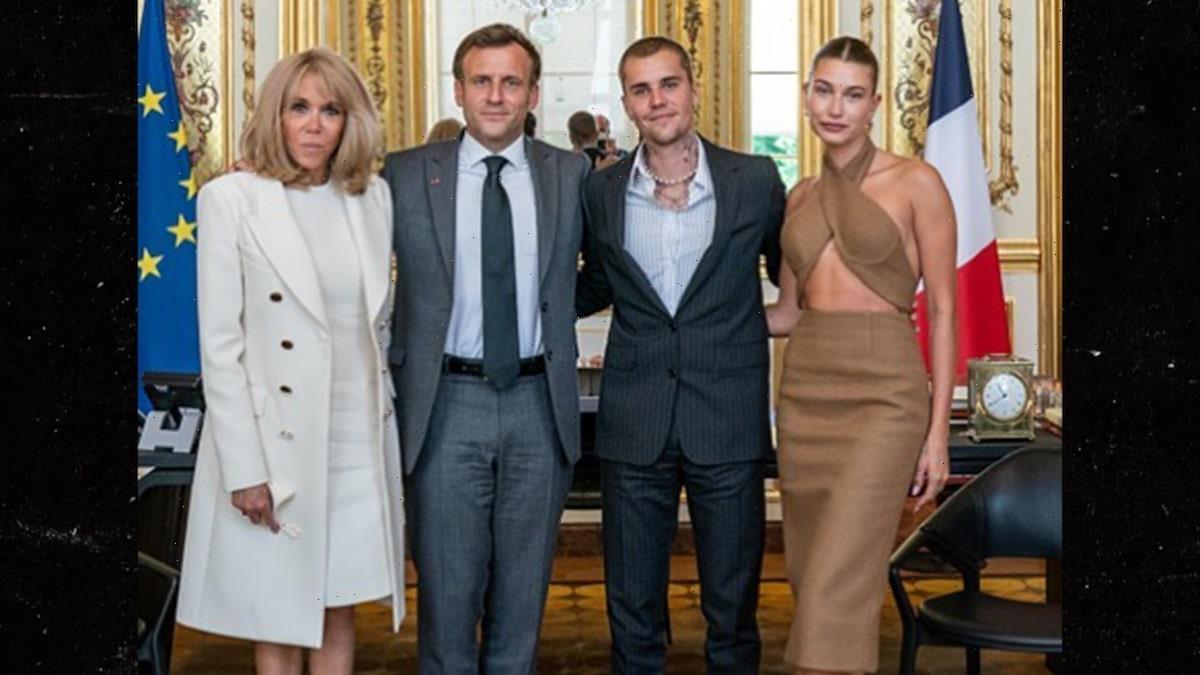 Justin and Hailey Bieber are taking in the sights in France … and they’re also apparently taking high-level meetings, with none other than the guy who runs zi freakin’ country.

The Biebers are taking Paris to kick off their week — grabbing grub, looking good and dressing to the nines for their outings, especially on this particular occasion Monday … when they met up with French President Emmanuel Macron, not to mention his wife, Brigitte.

Check out this photo Justin just threw up on IG — it seems he and the missus got a little meet-and-greet with Macron and co. in what appears to be his HQ office at the Élysée Palace … which is like France’s version of the White House. Can you tell by the décor???

BTW, we know what you’re thinking … and no, this isn’t photoshopped or some weird cropping effect (even though it kinda looks that way by the blurry appearance). Justin did, in fact, meet the Prez … as other shots of him and Hailey shaking hands and giving hugs were taken.

As for what they possibly talked about … who knows. Despite Bieber being Canadian — and possibly knowing a bit of French and/or current French events — we’d guess these couples probably don’t have much in common. In any case, they seemed happy for the introduction.

BTW, if they were, indeed, at a loss for topics … Macron could’ve easily pivoted to music and live concerts coming back. France just started those up again — something its leader has been on hand for lately.