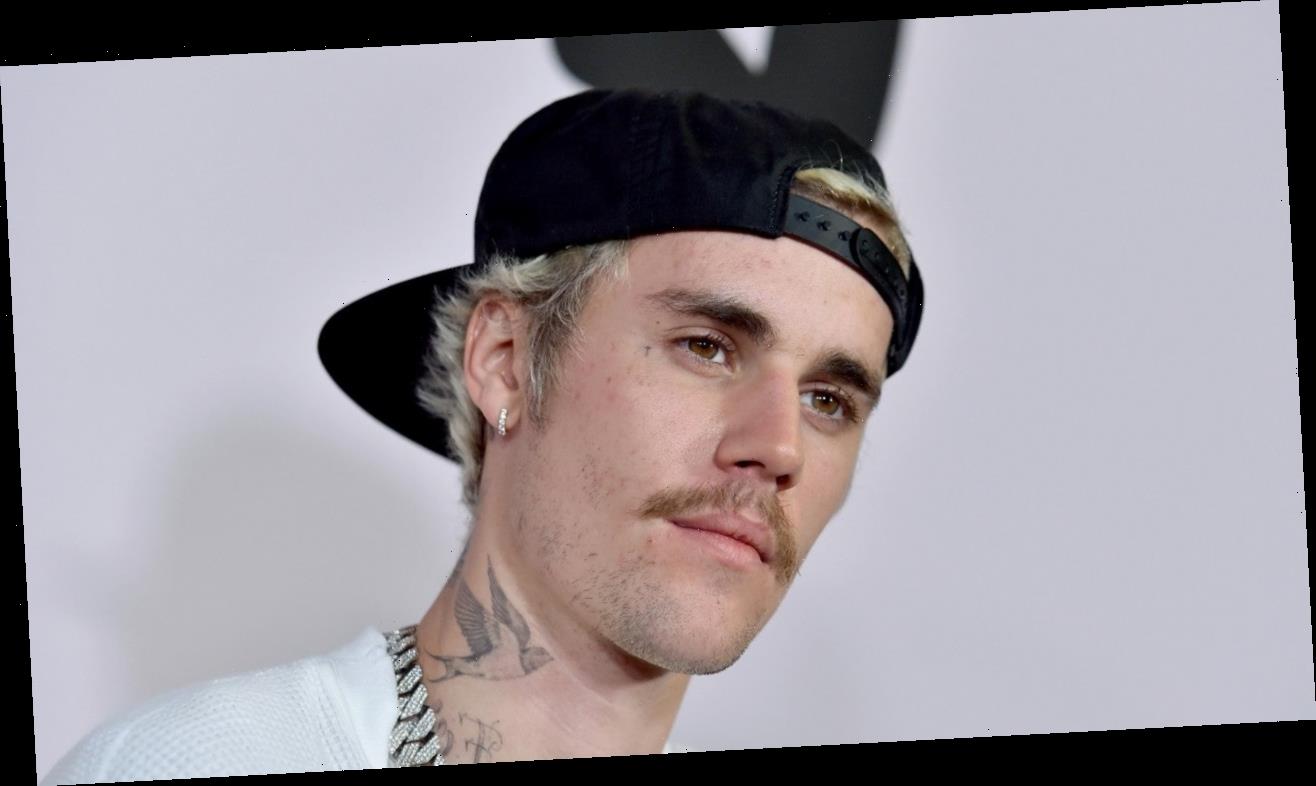 Justin Bieber is planning ahead when it comes to his tattoos. On Friday, YouTube Originals released Justin Bieber: Next Chapter, a nearly half-hour-long documentary event focused on the 26-year-old singer’s time in quarantine.

During the doc, which is a follow-up to Justin’s docuseries, Justin Bieber: Seasons, the “Holy” singer reveals how he’s planning for the future with his body ink.

“I think I’m done on my neck. That’s a Hailey request,” Justin says of his wife, Hailey Bieber, before sharing where he plans to get tattoos of his future kids.

“My back is still pretty open. I don’t have kids yet, so I’m thinking of getting their portraits on my back,” he shares.

While they’re not expecting just yet, during the documentary, Justin reveals that the past months of quarantine have been a “really happy season” for him, largely because of the additional time he gets to spend with his wife.

“Hailey really empowers me and enables me to feel like Justin. [She tells me,] ‘I love you for you. You are enough.’ That enables me to go into my workspace and be confident and feel like I’m enough,” he adds. “I think we’re just learning how to navigate the relationship. We’re now two years in.”

Justin also admits that quarantine has forced him and Hailey “to address some things head on.”

“The more time you spend with somebody, the more you learn about each other. Quarantine especially, all you have is time with each other,” Hailey adds.

Addressing those things is all part of the “journey” Justin and Hailey are on together.

Through it all, though, Justin says he and Hailey “continue to show one another that you’re my priority.”

“It allows us to continue to see each other’s heart. To see this person has my best interests,” he says. “We’re building a life and we have something to look forward to. It’s growth, and it’s hope, and it’s all the things that I think we all crave as individuals. It’s incredible.”

It wasn’t always easy for Justin, though, who admits in the documentary that he used to have suicidal thoughts during his childhood stardom. His recently released song, “Lonely,” is all about that time in his life.

“I was so surrounded, millions of people in the audience, but I still felt lonely. I still felt misunderstood. I still felt hurt,” he says. “I actually teared up watching Jacob Tremblay, who’s an incredible young actor, play me [in the music video].”

“I just had no idea what was to come. I had no idea that this life would take me by storm. I had no idea that I would just get sucked up by all of this stuff,” he continues. “There were so many people who were just so mean… I would shake it off and act like it didn’t bother me, but stuff bothered me and then it affected how I acted and how I treated people. It’s just this ongoing cycle of hurt people, hurt people.”

All of those comments and other factors led Justin to times in his life where he “was really, really suicidal.”

“Like, ‘Is this pain ever gonna go away?’ It was so consistent, the pain was so consistent. I was just suffering. So I’m just like, ‘Man, I would rather not feel this than feel this,'” he says. “… I just would encourage people, if you’re feeling lonely, talk about it, say it out loud. There’s a freedom in that. I could’ve avoided a lot of pain.”

Lonely is out now with @itsbennyblanco. When he and @finneas showed me this song to be honest it was hard to listen to considering how tough it was to get through some of these chapters. I went into the studio and sang through it which wasn’t easy but started to really see the importance of telling this story! It made me realize we all feel lonely at times! Being someone in my position I believe it is powerful to express vulnerability and that’s why I believe this song is so powerful! And @jacobtremblay is so talented. It was emotional to see him play me from the outside looking in

Justin now feels stronger after facing what he has, revealing that he is “in the best place in my whole life right now.”