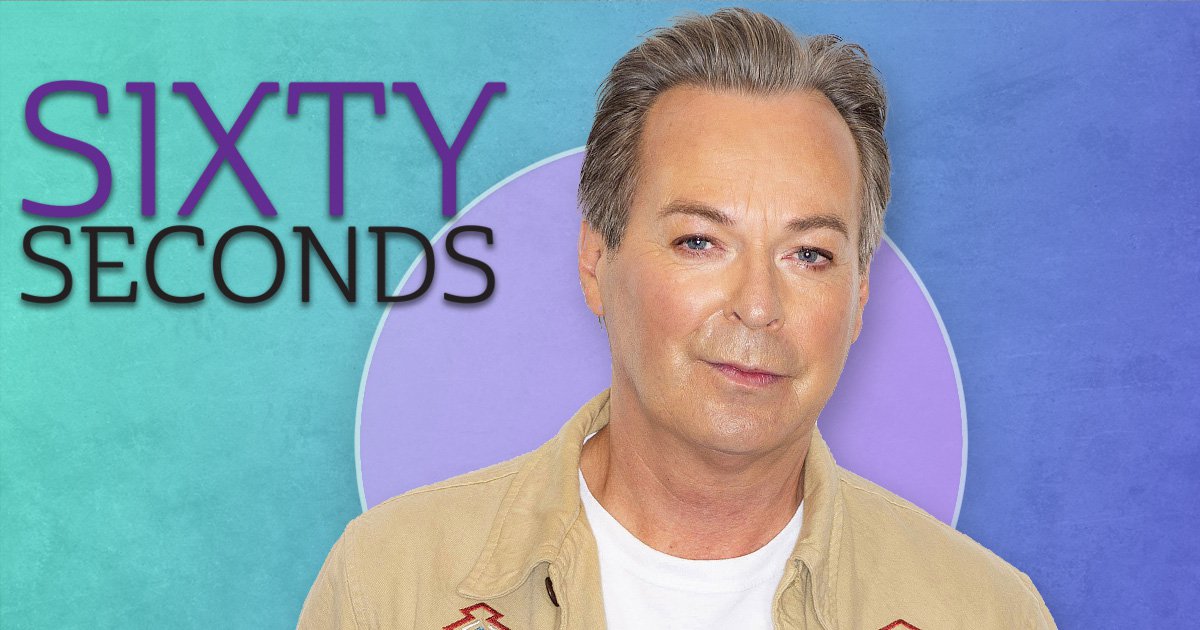 Comedian turned children’s author Julian Clary, 63, on rescue dogs, why he knows that ghosts exist and meeting the Queen.

You’ve just written your sixth children’s book. How did you create your family The Bolds?

The idea started when I was a child, looking out of the window at my neighbours, imagining I was living next door to a family of wild animals. Then they started laughing and I thought, ‘They’re like hyenas!’

So many years later, when my agent said, ‘Why don’t you write a book for children?’ that story, which had been percolating in my mind since I was eight, came to fruition.

The first Bold book was in 2015, and in this new one they’re going green and doing their best to save the planet. This one is like Gone With The Wind –
an awful lot happens!

Is it nerve-racking to write a book?

You can lose your nerve a bit but I never read back what I’ve already written until
I get to the very end. My current storyline involves a skunk, a fruit bat and an aardvark. It ends with a big party in Bushy Park, where all the characters from all the previous books turn up.

It feels like a happy conclusion to the book series so I’ve put a stop to it for now. If I keep on, the children who read my books will go beyond the age of 10 or 11 and become too cynical or will be old enough to start sniffing glue.

Do you still have dogs?

I’ve always had a dog by my side all my adult life, even when I was 21 and going out all the time. My book, The Lick Of Love, is a memoir about all the dogs in my life and how each dog can enhance your life and also be a restraining influence too when you need it.

For example, I got Valerie when I was about 40, so I’d been successful and I was overindulging in lots of things as people do – and Valerie was like a maiden aunt. She’d sit there with pursed lips if I had a third glass of sauvignon blanc, making it clear she did not approve.

They were rescue dogs?

They’ve all been rescue dogs. Six months after Fanny The Wonder Dog died, I was telling someone how I wanted a whippet crossbreed. I was filming and the driver of the Winnebago overheard and said, ‘I know there’s a dog in Clapham who needs a new home,’ so after filming finished he drove me to Clapham and there she was. It was meant to be.

It must have been tough when she died…

It is awful when you lose a dog but dogs teach you about grief and how to cope with it and when the time came for Valerie it was such a kind thing to do to be able to let her go.

Yes, our conversation has taken a dark turn, hasn’t it? Perhaps you should rename this Page 60 Seconds Of Misery!

You lived in a haunted house. Do you believe in ghosts?

Yes, I moved into Noël Coward’s old house and it was alive with very benevolent ghosts. They were having a laugh – they weren’t out to get you like in the films. Paintings would fall off the walls, there were certain smells and awareness of a presence.

Once they get used to you, they accept you. When I first moved into my current Georgian house, I would hear footsteps, as if children were running upstairs. It turns out the house used to be flats.

So it’s the Jubilee. Are you putting bunting up?

It’s quite a thing, isn’t it? And you can’t help but be full of admiration for the Queen’s dedication. She’s so sweet now too, you just feel protective towards her.

It’s also wonderful that you don’t know if she’s going to turn up anywhere until the last moment. She has the option to duck out now so there’s all the thrill of ‘will she, won’t she?’

When she turned up in yellow to open the Elizabeth line it created a kind of euphoria and I love the campness of it all – the carriages and the waving. When the Queen sent the crown to the Houses of Parliament in a car with a whole procession, I loved it, it was one of the campest things you’re ever likely to see.

Have you ever met any members of the royal family?

I’ve met the Queen before after a performance. She just shook my hand and looked at me with her piercing eyes and her very knowing expression, and
I shook her gloved hand, but she chose not to speak to me – she moved on to Frankie Dettori, who was next to me, because she was probably keen to talk to him about horses.

Is it scary meeting the Queen?

It’s really nerve-racking. You’re worried you’re going to having a moment of incontinence and really embarrass yourself. But she’s the most famous woman in the world and although she has that effect on people, she does know how to put them at their ease.

Do you still enjoy Pride month, which starts today?

It’s very full-on these days. I was doing a Pride gig in Soho pre-pandemic and
I was amazed there were thousands of people all the worse for wear.

The Bolds Go Green (Andersen Press) by Julian Clary is out tomorrow.