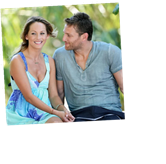 Let’s just get this out of the way up front:

Juan Pablo Galavis is biitter and terrible and we don’t really care what he thinks or what he has to say about anything.

Last Thursday, as you must know by now, Clare Crawley got engaged to Dale Moss.

The blessed development came about six years after she advanced to the finale of Juan Pablo’s Bachelor season… only to have an epic and ugly showdown with the extremely rude star on air.

“I would never want my children having a father like you,” Crawley screamed at Galavis in 2014 after he allegedly said he didn’t love her …but did love “f-cking” her.

“I want respect,” she addded at the time.

Fast forward to one of Clare’s first trailer for her season of The Bachelorette… which featured Aretha Franklin’s “Respect” blasted in the background.

After seeing the aforementioned preview, Juan Pablo hurled some shade at Crawley.

And now the loser has done so again.

Following Clare and Dale getting engaged on The Bachelorette, a salty viewer Tweeted the following:

He also shared that he was in Mexico and couldn’t watch the episode.

“Eeeeeeesssssss ok if you don’t,” one fan wrote, before he responded: “It’s NOT ok…”

We’re quite certain, of course, that Crawley could not care less about what Juan Pablo thinks these days.

She is set to marry Moss at some point in the near future and is excited to have his babies and start a family and she truly sounds like someone very much in love.

“What I love about Dale is that nothing scares him,” Crawley gushed on a podcast last seemingly breaking some more personal news at the time:

“I talk about babies all the time and he’s like, ‘Yeah, that’s what I want.’”

Over the weekend, meanwhile, the newly engaged couple shared some videos from their road trip to Sacramento, California.

“Where we headed next @clarecrawley ?” Moss teased on Instagram Friday, prior to posting footage of him and The Bachelorette star joking around with a voice-changing filter.

Elsewhere, on the latest episode of The Ben and Ashley I. Almost Famous, ABC host Chris Harrison also Crawley and Moss’ whirlwind romance against the haters out there.

And there are many of them.

“There is nothing that Clare has done that deserves anger and for her to be vilified,” Harrison said.

“Why are you mad that this woman found the love of her life and got engaged.

“I just want to ask everybody to have a little bit of grace and understanding, and also support Tayshia as the new Bachelorette.”

Harrison also stood by Crawley’s claims that she and Moss did not talk before filming started… and expressed how happy he and the program producers are for her.

“I just want to clear it up that at no point, I was disappointed in Clare. No point were any of us disappointed.

Bachelorette Spoilers: Who Does Tayshia Adams Pick? Who Drops Out of the Competition?Start Gallery