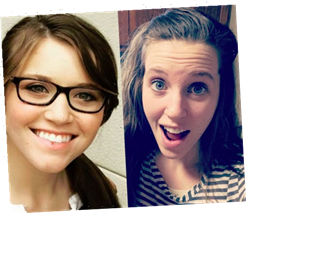 For almost a year now, Jill Duggar has been feuding with her family and keeping her distance from her overbearing parents.

Jill never seemed like a likely candidate for rebellion, as she spent her teens and early twenties doing exactly as her parents said.

These days, however, she’s proof that liberation from a cult that seeks to control your body and mind is possible.

But it’s certainly not easy …

One would think that Jill would be greeted as a liberator by her sisters who might see her as living proof that they too can live normal lives one day.

Instead, several of her siblings have thrown subtle shade at Jill recent weeks.

The first offense occurred back in January when Joy-Anna Duggar “liked” a comment in which an Instagram user alleged that it was Jill’s fault that she missed out on her family’s holiday festivities.

Now, Joy is at it again.

Yes, despite the controversy she created the first time, Joy has liked another comment in which some random hater bashes Jill.

And this one is even more critical of her sister than the previous snarky remark!

“I realize Jill Duggar needs to distance herself from her family for mental health reasons, but I don’t understand why they need to make their issues with the family public,” the Instagram user wrote.

“Speaking out against them publicly will burn more bridges between them,” the comment continued.

“They say they want to repair their relationship one day, but their actions don’t reflect that.”

The commenter went on to accuse Jill of cashing in on the bad blood within her family, even though there’s no reason to believe she’s made a dime from it.

“If I have an issue with my family, I deal with it privately,” this person wrote.

“And I certainly don’t bank on it by going to media outlets and YouTube to air out the dirty laundry.”

They concluded by alleging that Jill has abandoned the ideals of her faith, which is the ultimate low blow for any Duggar.

“It’s not very Christian if you ask me. I get the sense that Jill and Derick need money, and this is an easy route to get that money,” the commenter wrote.

Yes, believe it or not, Joy liked that comment.

In doing so, she sent a clear message about where she stands in regard to Jill’s rebellion against Jim Bob.

And she’s certainly not alone in that stance.

In the months since she first cut ties with her parents, Jill has shocked her family by engaging in behaviors that are perfectly normal to most Americans, but are strictly forbidden in the Duggars’ world.

Jill has drank alcohol and admitted to using birth control.

She’s posted photos of herself wearing a swimsuit, and she’s spent time with her cousin Amy, who’s been persona non grata to the rest of the family for several years.

We know that Jim Bob, Michelle, and Joy-Anna disapprove, and it seems that Jana Duggar belongs to that club as well.

Jill Duggar: Has She Totally Cut Off Her Family?Start Gallery

Jana has stated that the entire family prays for Jill’s salvation, which seems to indicate that they believe she’s living in a state of mortal sin.

And we’re sure they also believe that they only way she can be redeemed is to come crawling back and beg for Jim Bob’s forgiveness.

Fortunately, it doesn’t look like that will be happening anytime soon.