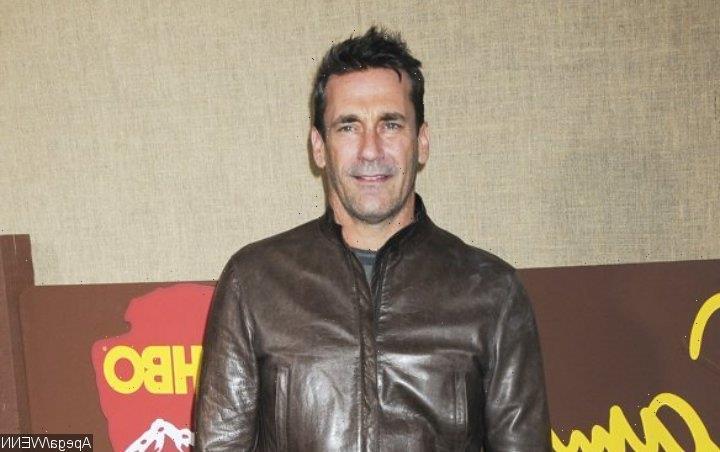 Stopping by ‘The Tonight Show Starring Jimmy Fallon’, the ‘Mad Men’ alum recounts how his ‘Top Gun: Maverick’ co-star ‘got lost’ in the prince’s blue eyes during the U.K. premiere of their movie.

AceShowbiz –Jon Hamm has mocked Miles Teller for falling “in love” with Prince William. The “Mad Men” alum said his “Top Gun: Maverick” co-star got lost in the royal’s blue eyes when they met him at the recent London premiere of the Tom Cruise-starring fighter jets sequel, which was also attended by the 39-year-old Duke of Cambridge’s wife, the Duchess of Cambridge Kate Middleton.

Hamm said on “The Tonight Show Starring Jimmy Fallon“, “It was black-tie, so we’re all in tuxedos. And Prince William had on his tuxedo shoes, embroidered F-18s.” He gushed about the prince’s outfit, “Very cool ‘Top Gun’ tuxedo shoes. That means you made it. So, I no longer worry about the prince, I feel like he’s made it. He’s got it.”

“He (Teller) geeked out a little on Prince William’s eyes. I remember him coming back afterwards and he was like, ‘They’re so blue… I got lost in his eyes,’ ” he recalled Miles’ reaction. “I was like, ‘Okay, I didn’t think we were allowed to look at him in the eye. You bow and you move on, man.’ “

Hamm added about Teller breaking protocol about getting intimate with the royals, “I was like, ‘You told the guy? You fell in love, like you got lost in his eyes?’ He goes, ‘I think. I don’t know, I’ve lost my mind.’ “

Hamm added his character runs all of the aircraft on a big carrier and hates people who break rules. He said, “So, when I run up on against a guy whose name is literally Maverick … a little buttin’ head.”

Hamm said the “really cool thing” about his callsign was it has its own emoji. He added, “There’s an emoji that’s a little tornado, so I can now sign off with an emoji.”

The actor spoke after Cruise was said to have “caused chaos” at the Queen’s Platinum Jubilee celebrations on Sunday May 15, which will be marked with events across the U.K. from Thursday June 2 to June 5. The “Mission: Impossible” actor star appeared at the event, filmed as a special for ITV as part of a programme to mark Queen Elizabeth II’s 70 years on the throne.

Host Phillip Schofield, 60, said, “He caused absolute chaos in Windsor because he decided to walk to the studio. So the police then obviously had to do serious crowd control at the drop of a hat, but he met everybody.”