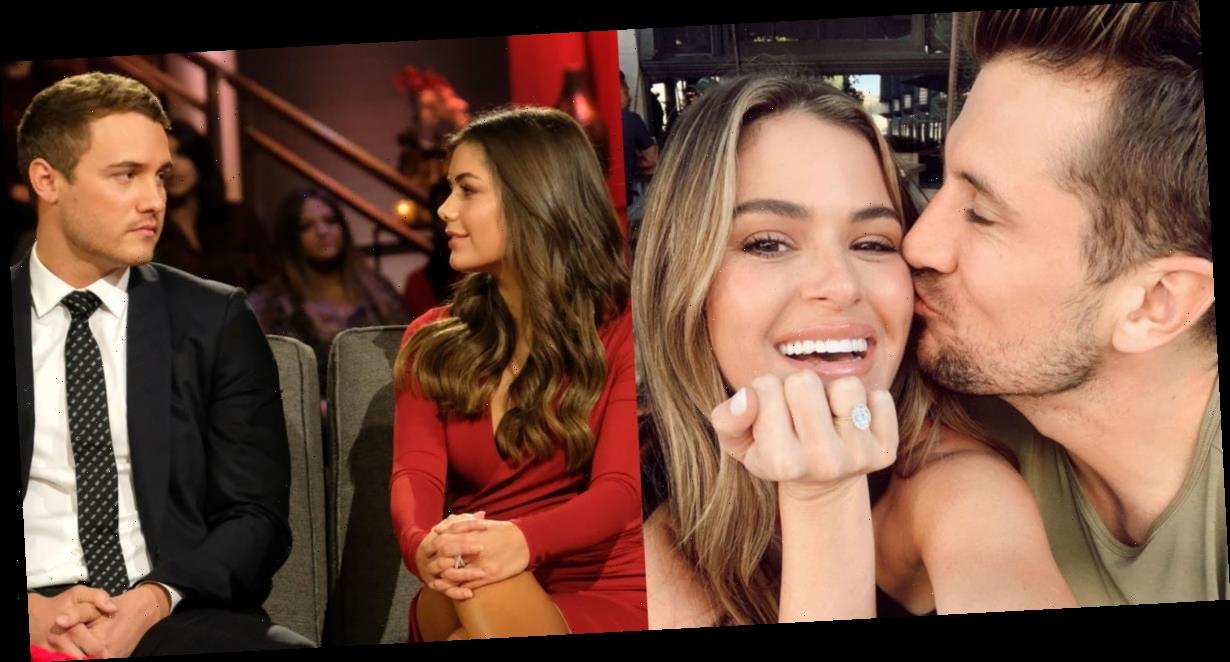 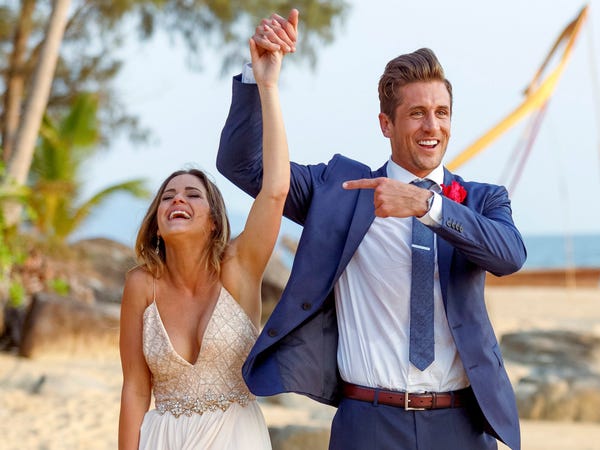 It's no secret that "The Bachelor" has had little success when it comes to finding long-lasting love.

There have been 24 bachelors since the series premiered on ABC in 2011, and yet only one star of the reality love competition — Sean Lowe — is still with the woman whom he proposed to at the end of his season. And that was seven years ago.

The stars of "The Bachelorette," on the other hand, have a much better track record. And JoJo Fletcher believes it partly comes down to "women's intuition."

"I feel like we know what we want and we know what we're looking for," Fletcher told Insider while promoting eBay's new Certified Refurbished category. "I can only speak for myself personally, but I took that role and that position very seriously."

While Fletcher was immediately drawn to Jordan Rodgers — whom she picked at the end of her season in 2016 and plans to marry next year — "The Bachelorette" star said she was invested in every relationship that she had on the show.

"I had some amazing guys, and when I was with each guy in those moments, I think I did a good job of trying to focus on that relationship only," she said. "I think I owed it to myself, and I owed it to them, to continue to explore every relationship. Because, at the end of the day, we're talking about the rest of your life, you know? So it was really important to me to not close myself off and to really just make sure I knew what was right for me at the end."

Fletcher believes it's this commitment to the process that has helped so many "Bachelorette" stars find enduring love on the show.

"I feel like when you give it your all and you put everything you have into it then there's a high likelihood that it's going to work out for you," she said. "Women, we just know! We think about the future. We think long-term."

That's not to say everything was easy once the cameras turned off after Rodgers proposed to Fletcher on a beach in Thailand four years ago. Fletcher said the couple's first year together after the show was actually "very difficult."

"The obvious fact of the matter is we met in a very unique way. The show is not normal in terms of how you date," Fletcher admitted. "And we had an incredible time togethe. It was almost like we were living in a fantasy land. And when you come back to real life and you're faced with the struggles of just life, work, family, relationships — and on top of that everyone having an opinion and eyes on you, and obviously the media and the rumors —  there's a lot that goes on."

The reality star told Insider that "if you're not familiar with that sort of thing, it can be a lot to handle and take in and learn how to process."

Fletcher admitted that she and Rodgers "came to a crossroads at one point" during that first year together to decide if it was worth continuing their relationship.

The ABC reality star also offered advice to current "Bachelorette" star Clare Crawley, who is rumored to have left her season early because she was already in love with one of her contestants. Fletcher advised Crawley to "really invest the time and energy into your relationship."

"When the cameras turned off for Jordan and I, we made the decision right after we got together to go straight back home, go back into normal life, and kind of stay out of LA and the 'Bachelor' bubble," she said. "We weren't naive about the fact that we wouldn't face any challenges."

Fletcher said she also learned that it's important to give your significant other the "benefit of the doubt," especially when it comes to the inevitable rumors and headlines that follow a "Bachelor" couple.

"I think that was our biggest challenge at the time. All sorts of tabloids and stories were coming out and, honestly, we were still learning about each other," Fletcher said. "So it was that really difficult line of being committed to the relationship and wanting to work through it, but also understanding that there's a lot to learn about each other still."

"Be honest and open with your communication and just know it's not going to be easy," she added. "But if you're able to work at it and get through it, it will absolutely be worth it in the end."