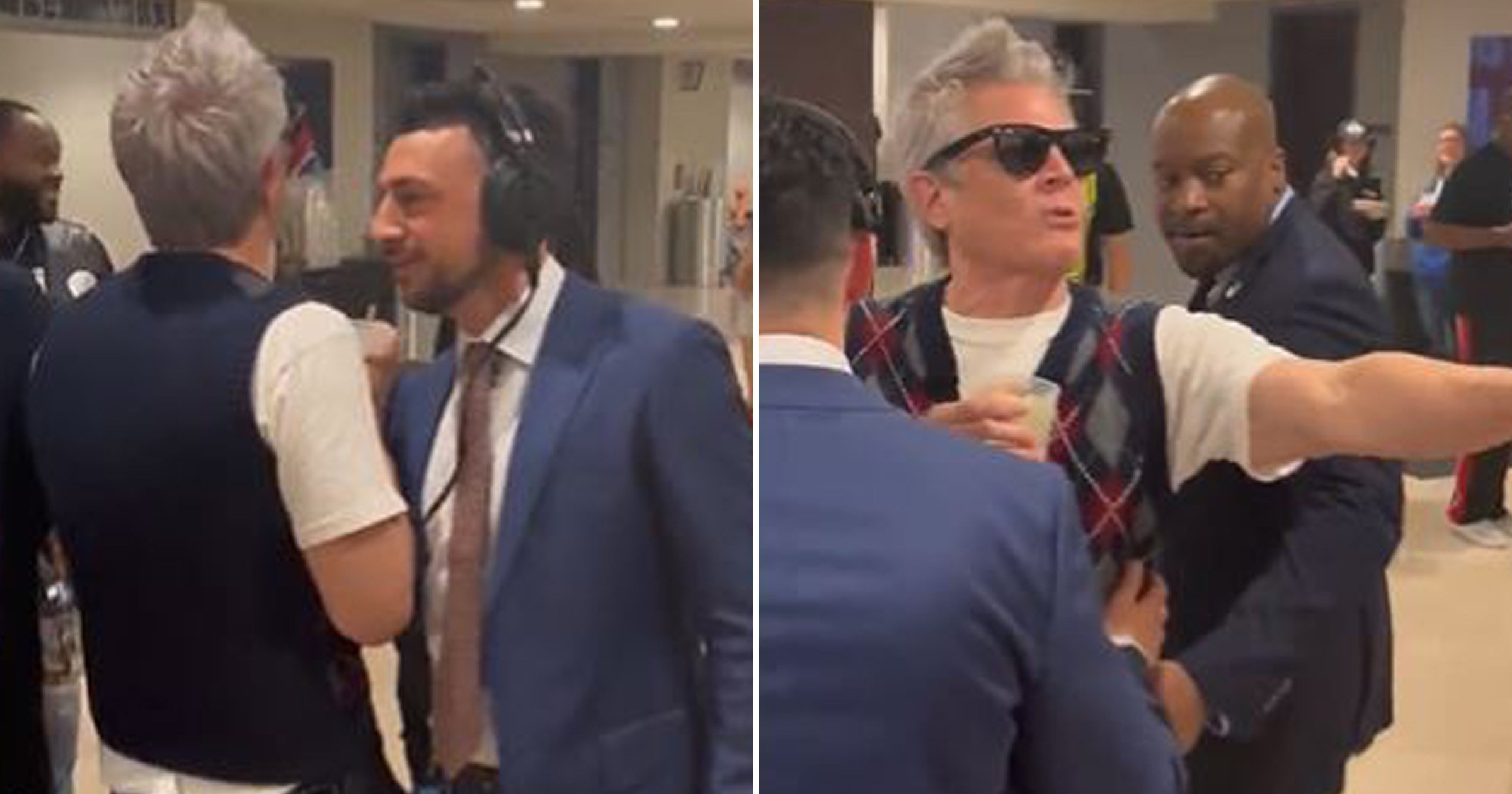 Johnny Knoxville was booted out of AT&T Stadium before night one WrestleMania 38 got underway.

The Jackass legend is poised to face Sami Zayn in an Anything Goes Match at tonight’s event, and he showed his dedication to the build-up as he ranted at fans 24 hours before the highly anticipated clash.

In a video shared on Twitter by Fox Sports reporter Ryan Satin, Knoxville could be seen with a drink in hand shouting at a fan.

He was quickly led away by security – one of whom was laughing along with the imaginative skit – as he joked about throwing the punter ‘over the top rope’.

Zayn didn’t miss a chance to take a shot at his on-screen rival either, as he quipped: ‘This guy calls *me* deranged. He’s an absolute lunatic, getting into it with fans in real life like he does on Instagram. (sic)’

This moment comes after the pair even used Metro.co.uk to build their rivalry, with Knoxville asking our readers to continue to bombard Sami with phone calls as he once again shared his number.