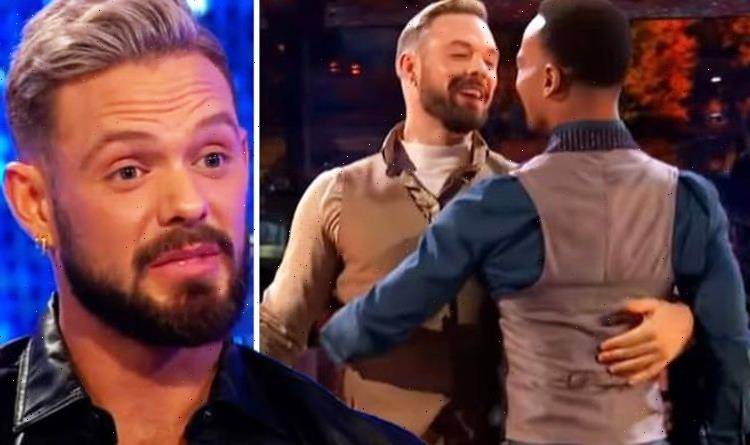 Strictly Come Dancing star John Whaite has taken to Instagram to thank his old school bully for giving him “extra fuel” to put into his performance on the popular BBC programme. After the show’s Instagram account released the latest clip of the dancer’s dialogues during their performances, viewers were left wondering what the Bake Off star’s “chase me through the forest” quip to dance partner Johannes Radebe meant, before John took to the platform to explain what it meant.

Taking to Instagram earlier today, the Strictly star revealed the origin of the phrase.

In view of his 185,000 followers, John candidly admitted that it was a mocking jibe said to him by a bully when he was at school.

John wrote in his stories: “‘Ooh John, chase me through the forest’, is exactly what a bully at school used to say to me in a mockingly soft voice.

“So I had to put that into our dance as a bit of extra fuel,” he explained.

The star went on to thank the bully for the jibe, which he admits he used to fuel himself on during his performance.

On Saturday, John and Johannes performed the American Smooth to I Knew You Were Waiting (For Me) by George Michael and Aretha Franklin.

Posting a clip of their performance, the Steph’s Packed Lunch star could be heard telling Johannes: “Come on, chase me through the forest!”

Also during the clip, John jokingly branded Johannes a “show off” after he gracefully leapt over a table.

Following their performance, the judges scored the pair a modest 29, which is John and Johannes’ lowest score yet.

This Saturday the duo are set to perform the Charleston to Milord by Édith Piaf.

Last week, the celebrity chef candidly explained why he has “no attraction” to Johannes.

John admitted that dance rehearsals aren’t nearly as glamorous as the live show, with no room to hide bodily functions after a trying day of exercise.

He went on to openly discuss his thoughts on the ‘Strictly Curse’ during an episode of Steph’s Packed Lunch, which has previously caused many celebs to leave their other halves in favour of their new dance partners.

Chatting to Steph McGovern, he shut down any speculation around himself and Johannes.

“When you spend that much time with them, you see them warts and all,” he said.

John continued: “I might have even farted at one point.

“So, there’s no attraction because you see everything – sweat and everything else,” he admitted.

John has been in a relationship with his fiancé Paul Atkins for the past 13 years and the two still appear to be very loved up.

Strictly Come Dancing continues on Saturday at 7.05pm on BBC One.