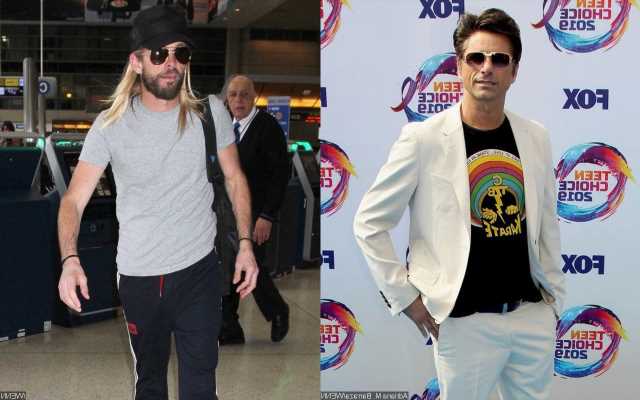 The ‘Full House’ actor also shares on his Instagram account a cryptic video of the late Foo Fighters drummer pretending to be upset with him over GEICO Insurance commercial.

AceShowbiz –John Stamos is remembering his pal Taylor Hawkins. On Wednesday, March 30, the “Full House” actor took to his Instagram account to share a cryptic video of the late drummer pretending to be upset with the TV star.

In the undated clip, the Foo Fighters member jokingly slammed John after the latter got chosen for GEICO Insurance commercial instead of him. “Stamos is a good buddy of mine. He’s a good guy. I really like him a lot. He’s a great drummer and he’s just a great dude, all that stuff,” Taylor said.

“But I’m a little upset with him actually, I gotta be honest with you, because I was supposed to do that GEICO commercial….Originally that was mine but they decided to go with Stamos ’cause he’s better looking,” Taylor, who died last Friday at age 50, continued. “But I’m the best stick flipper around. Sorry, Stamos….It goes me, Tommy Lee, Stamos.”

In the caption, John, who has performed on-and-off with The Beach Boys since 1984, wrote, “Yes, Taylor you are the best stick flipper and I miss you pal! #gonewaytoof**kingsoon.”

Some fans, however, were not happy with John sharing the message just one day after Taylor’s death. “Weird way to gain clout, but do you,” one person replied.

“Why would you not keep this to yourself? If I had a friend who passed,I would hold this close to my heart. You do understand you are making this about you??????” another angry fan added. However, some others jumped into John’s defense as one said, “Feel free to share this. Ignore those who say it’s about you. Sometimes people know they are going to die, somehow, and this is their way of saying goodbye.”

Taylor was found dead in his hotel room in Bogota, Colombia, on Friday, March 25. Foo Fighters confirmed his devastating death on the same day in a statement which read, “The Foo Fighters family is devastated by the tragic and untimely loss of our beloved Taylor Hawkins.” The band added, “His musical spirit and infectious laughter will live on with all of us forever. Our hearts go out to his wife, children and family, and we ask that their privacy be treated with the utmost respect in this unimaginably difficult time.”

While an official cause of death has not yet been revealed, Colombia’s General of the Nation in Fiscalia shared a preliminary toxicology report. It noted that Taylor had 10 drugs in his system, including opioids, marijuana and antidepressants.