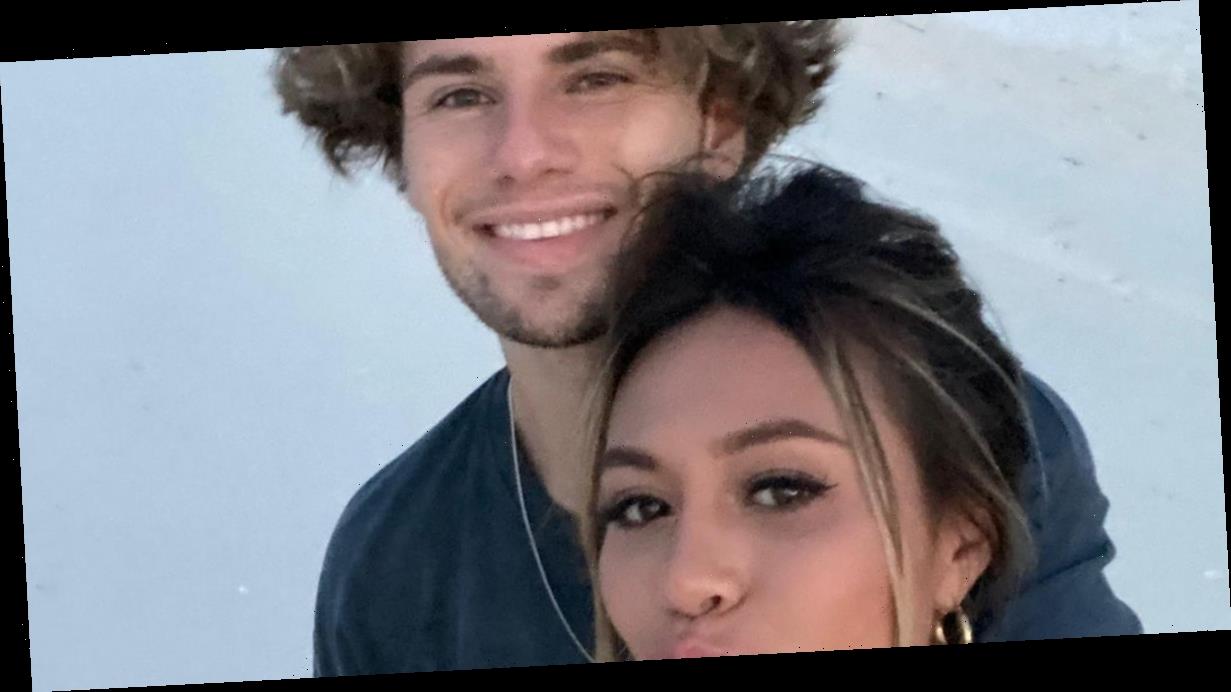 Joe Garratt has opened up on his new relationship with model Desiree Schlotz.

The 24 year old, who recently celebrated his birthday with pals in a marquee, exclusively told OK! online that he "slid into her DMs" to initiate a conversation before winning her heart.

The former Love Island star and Desiree began talking at the beginning of the year after she posted a photo of Nestle Toll House cookies on her Instagram stories.

"I messaged her first. I slid into her DMs, but obviously she lived in America so it was a tricky one," Joe explained. "She posted these cookies, these American Toll House cookies.

"So I slid into her DMs and was like 'Oh my days, I love them cookies so much' with like loads of love heart eyes. As soon as I sent it I went oh my God that was too keen so I unsent it and sent it back with just one heart eyes.

After getting into her inbox, the pair began talking on a regular basis and eventually planned on meeting in America. He said: "So I slid into her DMs, we're chatting for a little bit and then I had planned on going out to Miami and I was going to meet her out there."

However, the plan ended up falling apart once the coronavirus started spreading rapidly, making travel difficult for many. Despite this, Desiree took the chance and flew out to the UK to meet Joe.

"Then Covid sounded like it was going to happen so the trip got cancelled and she came over to the UK, around February time. I met her there and we got on really well and then she went back to America. Long distance was really really hard."

Where are the stars of Love Island 2015 now including Jon Clark and Hannah Elizabeth?

Joe, who recently said he wants to be the next Mark Wright and go into a presenting role in America, went on to explain that they spent months talking on the phone and getting to know each other before meeting again in the Maldives.

"We were exclusively dating at the time and then it came around to the Maldives and… obviously it had been quite a while of us talking and stuff so I went out there to meet her and I asked her out straight away."

Describing how he asked Desiree to be his girlfriend, he continued: "I literally got there, we went out to this private beach.

"I drew a heart in the sand and as soon as she came out from getting ready I asked her, 'Do you want to be my girlfriend?' and she was like, 'Yeah!'"

Gushing over their romance, he added: "I feel like I finally found someone who gets me. I think she's a really understanding person. I feel like I've met my equal in female version.

"I don't think I've ever been happier."