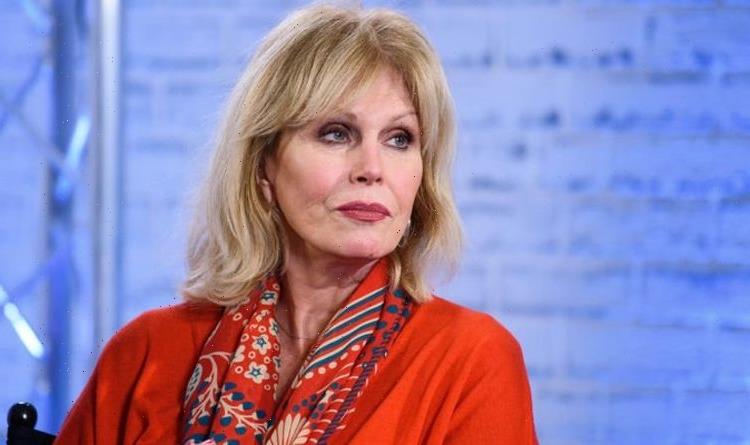 Dan Burton died, and fellow flyer Sacha Dench – a relative of actress Dame Judi – suffered terrible injuries in a horror crash in the Highlands of Scotland in September. Joanna, who shot to fame as Purdey in The New Avengers in the 1970s, said: “We’ve all encountered sudden death, and the sense of disbelief – you can’t quite process it. I couldn’t believe Dan would be no more.”

The 75-year-old star said that Ms Dench had first approached her, outlining plans to take on a daring, 3,000-mile journey around the British coast flying an electric paramotor.

She told Joanna that she hoped to draw attention to the climate crisis ahead of next week’s COP26, the UN global climate summit.

The actress, a vegetarian who has campaigned against single-use plastic and the detonation of wartime ordnance at sea, was eager to help the project.

She said: “Bless their hearts, ITV said yes in a nanosecond.”

For the documentary, Joanna spent months watching Ms Dench soaring into the skies around Britain.

But then tragedy struck.

On September 18 in the Western Highlands, just days away from her journey’s end, Ms Dench and support pilot and photographer Mr Burton, who was flying a conventional paramotor, collided in mid-air.

Mr Burton, 54, a father of two from Devon, lost his life and Ms Dench, 46, was seriously injured. She remains in hospital.

Joanna, working on another project in Berlin at the time, told the Radio Times of the “unbearable, heartbreaking” moment news reached her.

“The shock was so vivid because it seemed such a short time since I’d been with them both,” she said. Joanna had only met Ms Dench – dubbed “The Human Swan” for her long flights – briefly before filming began. But over the course of the summer the two formed a deep bond.

“I loved her at once,” the presenter said. “At 46, she could be my little daughter, but there didn’t seem to be an age gap between us.

“She made me laugh and I made her laugh.”

She recalled Mr Burton as a force of nature.

“He was unbelievably funny,” she said. “I just know that he would have been the naughtiest boy in school – he had that quality about him.

“He was wonderful – funny and daring.”

After doubt about screening the show, the documentary will be aired with the blessing of Mr Burton’s family.

Joanna said: “This film is saying these are things being done already – you can hunt down clothing made of [recycled] plastic, you can think about finding out more about the aeroponic culture of plants.

“You can pick up litter in the street.

“We can all do something. The message is that each of us must do our bit.

“But ahead of COP26 we’ve got to force the governments to work together globally, too.”