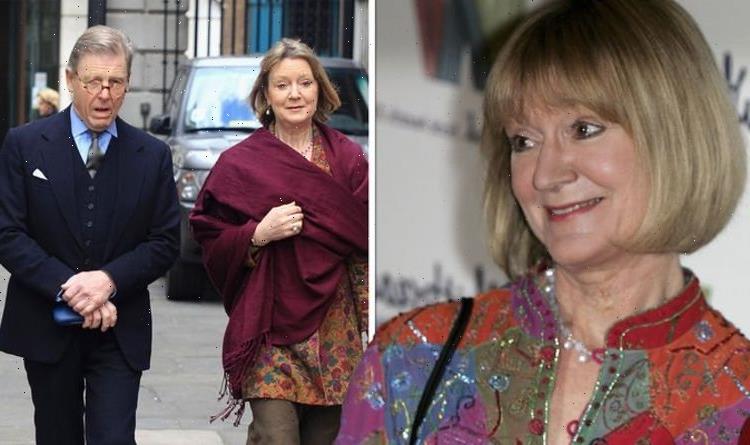 Joanna David, 74, will be chatting about her life and career this morning with Alan Titchmarsh. She’ll likely discuss her marriage to actor Edward Fox, 84, who she once admitted only marrying after their accountant urged them to.

Actress Joanna is well known for appearing in period dramas like Sense and Sensibility and Downton Abbey.

However, the star is also known for her famous family with husband Edward and their children, son Freddie Fox and daughter Emilia Fox.

Chatting about her marriage, Joanna has previously opened up about her husband.

Joanna and Edward tied the knot in 2004, after 33 years living together.

Speaking about what made them finally wed, Joanna admitted it was for practical reasons.

“But I think we eventually did it because the accountant or maybe the solicitor said: ‘You really ought to sort your life out and get married before you kick the bucket’.”

Joanna added to The Telegraph: “I don’t cosset or worry about him.

“We live with our heads in the sand.”

They had a daughter Lucy Arabella together, who became the Viscountess Gormanston when she married Jenico Preston.

Joanna has also become known for her appearances on Celebrity Gogglebox alongside her daughter Emilia.

Recently, Emilia opened up about her mother and how she captured the nation’s attention for her hilarious outbursts.

This included one memorable moment when she exclaimed “F*** me” on the show.

In a chat with The Times, Emilia admitted her mother could be “outrageous”.

She said: “Because of the roles she played in her career, people think she is an ingenue, the innocent one, but my mum can be outrageous.

“To be honest, I always felt like the boring one of the two of us.”

Called Love Your Weekend, the show will see Joanna chatting to Alan at Manor Farm about her time on Gogglebox.

Love Your Weekend begins at 10am today on ITV.