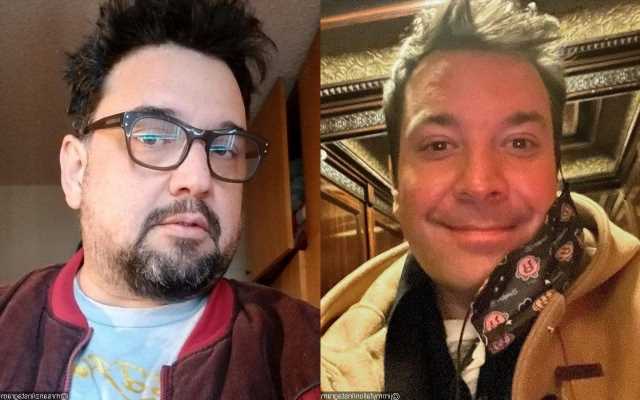 A Pennsylvania woman, who accuses the ‘SNL’ alum of grooming and groping her when she’s 17 years old, also demands Lorne Michaels and Tracy Morgan be named as defendants in addition to the ‘Tonight Show’ host.

AceShowbiz –Jimmy Fallon may be facing a serious legal issue. A Pennsylvania woman who filed a sexual assault lawsuit against Horatio Sanz has demanded “The Tonight Show Starring Jimmy Fallon” host be named as the defendant.

The woman, identified only as Jane Doe, filed the paperwork on Tuesday, August 23, per Deadline. In the legal docs, she also requested the court to add Lorne Michaels and Tracy Morgan as defendants.

The alleged victim claimed that Horatio brought her to two after-parties and inappropriately “kissed me, groped my breasts and buttocks and digitally penetrated my genitals” at a party in May 2002, when she was only 17 years old. She also alleged the incident happened while Jimmy, Tracy, Tina Fey, Seth Meyers, Maya Rudolph, Will Ferrell and other “Saturday Night Live” stars looked on.

The woman further claimed the stars all appeared “grossed out” by the action but continued staring in a wild party attended by “sex workers” and reportedly thrown by Tracy. She also stated that alleged behavior meant some of Horatio’s fellow comics should also be held liable for the abuse she says he inflicted on her.

The claimant said Jimmy and Horatio would drink with her at the parties. She also noted that Jimmy even asked her how old she was, to which she responded she was a junior in high school. After the assault, she said she suffered lifelong trauma.

“I was horrified to realize that I was on display for most of the ‘SNL’ cast to see,” the plaintiff explained. “I expressed my discomfort to [Horatio]. He dismissed my shock and embarrassment, telling me to keep going with him despite everyone gawking at us.”

“[Horatio] and his enablers lured Jane into their celebrity world and made her feel like a cool kid for drinking and partying with a bunch of famous grown-ups,” said Susan Crumiller, the woman’s attorney. “Instead, they destroyed her life. Jane has spent the past two decades struggling with the repercussions of what they did to her; now it’s their turn. We look forward to holding NBC, Sanz, and everyone else who enabled this disgusting behavior accountable when the GMVA lookback window opens in March.”

Horatio has repeatedly denied the allegations. The 53-year-old Chilean-American actor’s lawyer, Andrew Brettler, previously claimed that the woman had demanded $7.5 million in exchange for her silence.

NBC also denied any liability for the actor’s “after-hours” behavior in a memo submitted in April to dismiss the woman’s lawsuit. “Regardless of Jane Doe’s changing narratives, NBC intends to renew its motion to dismiss,” read the statement.