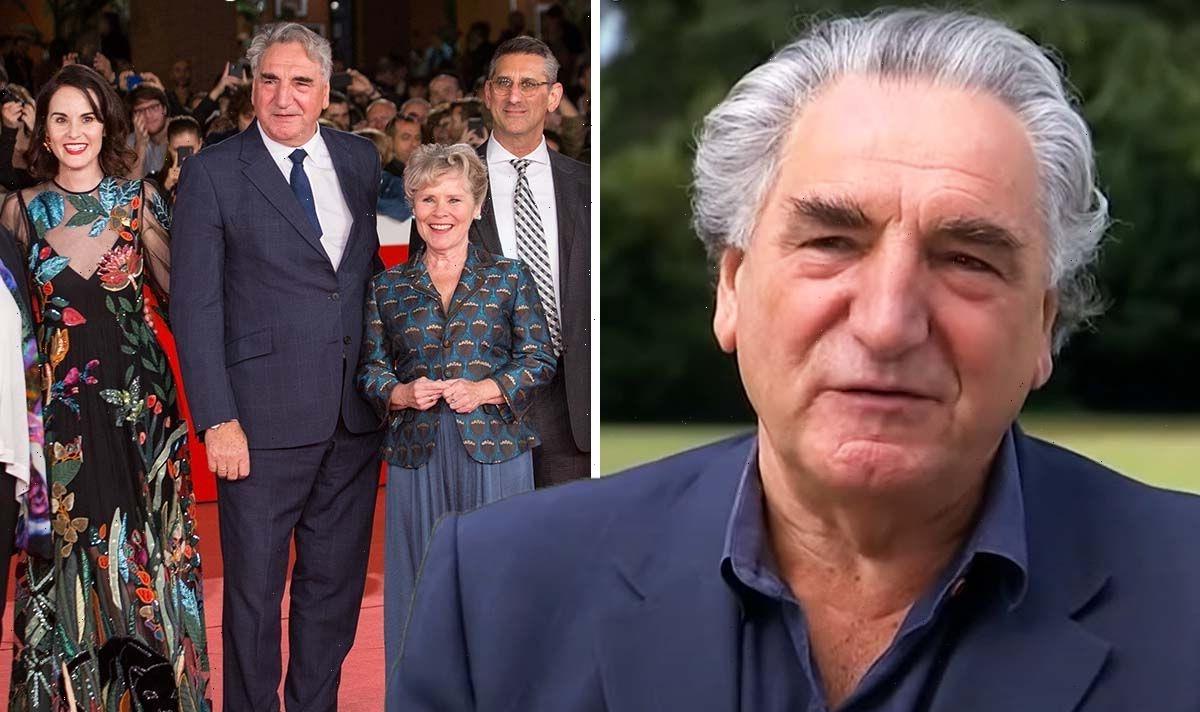 Jim Carter, 73, who plays Mr Carson in Downton Abbey, said the bond between the cast will “never break” as they prepare for the release of their new film, Downton Abbey: A New Era. Jim reflected on his co-stars in a chat with BBC Radio 2 host, Zoe Ball.

The presenter asked the pair: “Was it lovely to be back with the gang? I don’t think you will ever be able to stop making Downton movies, I have to say.”

Joanne agreed that it was “lovely” to be back, pointing out that the cast have worked together for 12 years and “shared so much of each other’s lives”.

She went on: “It is wonderful to be able to pop back, do a movie, catch up with each other and hang out with your friends again.”

Expanding how close the cast really are, Jim chimed in saying that their friendships “reflect” the goings-on in the fictional house.

“It is very rare in TV and films that you get to come back together like this, it happens in theatre because you form companies and those bonds are never broken, and I feel the same has happened here.”

Jim also revealed that his love of gardening has cemented the cast’s friendship even further.

He says he frequently does “ground force garden work in various of the younger actors’ homes”.

And Jim replied: “Yes it does! I was in Sophie McShera, Daisy the maid’s, garden just the other day.”

Jim reprises his role as butler Mr Carson in Downton: A New Era, which will be released on Friday.

He will be joined by favourites including Dame Maggie Smith as Violet Crawley, Michelle Dockery as Lady Mary and Matthew Goode as Henry Talbot.

Jim and Imelda have been married since 1983.

He recently opened up about the secret to their happy marriage in a new interview.

He explained that the couple laugh “a lot” and he credits that with helping to keep them young.

They also maintain a harmonious balance at home with Jim taking on the role of “head gardener” and Imelda as “head chef”.

He continued to Saga Magazine: “We assist each other with those roles. It is very equal.”

Jim also said that there is never any competition between the acting couple because they have “always worked as much as each other.”

He gushed: “Our life has allowed us to share everything equally, which has been brilliant.”