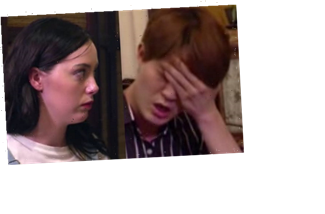 In 2020, a Jihoon Lee superfan started a GoFundMe, suggesting that 90 Day Fiance fans send the former star their hard-earned money.

Well, that hasn’t gone away, and believe it or not, some people actually donated.

Now there’s an attorney on the case, who made a last-minute filing with the court.

And Jihoon is preparing to square off in court against Deavan Clegg.

Sometimes, celebrities — even only moderately famous reality stars — get superfans who get a little overinvested in a person they see on TV.

That is what happened with Jihoon Lee last year.

A superfan made a GoFundMe on Jihoon’s behalf and (initially) seemingly without his knowledge, trying to bilk 90 Day Fiance fans for funds.

Now, that same superfan, Amanda Grayce Crosby, seems to have appointed herself as Jihoon’s spokesperson.

Speaking to In Touch Weekly, she updates anyone who still considers themselves to be a “fan” of Jihoon on what is sure to be a painful custody battle.

“He is a family law attorney based in Utah where Deavan had filed all her paperwork,” Crosby continued.

“He took the case because Jihoon was about to lose all of his rights to his son this week,” she alleged, “so Joe had filed a response.”

“If Jihoon’s lawyer didn’t file appropriately,” Crosby continued, “everything that she would have asked for in that paperwork would have been hers.”

Crosby, through the GoFundMe that she set up for Jihoon, explains the staggeringly high amount of money that she wants from fans.

“Jihoon is looking for $50,000 to cover all of the costs — filing fees, attorney fees, accommodations, now mediators,” Crosby shared.

“We’re trying to promote the GoFundMe like crazy to get it out there so we can get Joe the money he deserves,” she added.

“His law firm set up a PayPal that is listed under his law firm’s name for people to donate to as well,” Crosby said.

While we make no accusations towards Joe or his law firm, we would remind readers to be careful when making online donations.

A donation to a person or entity can often be used however they wish once it is processed, even if that was not the donor’s intention.

Believe it or not, there were people who endured all that 2020 brought to bear, saw all of the people struggling and suffering during the pandemic, and opted to donate funds to Jihoon.

Hey, it’s their money, and they can spend it however they like. We’re allowed to go “whaaa-” in response, though.

Crosby says that Joe the attorney is already at work on Jihoon’s case.

“He’s filed to make the court aware that he is representing Jihoon and he’s filed a response to Deavan’s lawyers,” Crosby said.

Some fans are more than a little harsh when it comes to the fundraiser — one so dubious that GoFundMe temporarily hid it in December to confirm that it was not a scam.

Part of the reason is that Jihoon is accused of a harrowing a vicious incident of child-abuse.

A lot of fans feel that, quite frankly, Taeyang is better off with Deavan.

But perhaps the bigger issue for some fans is that Deavan has stated again and again that Jihoon can see Taeyang and is not denied access to him.

In fact, Deavan has shown fans DMs and screenshots of Jihoon saying that he’s not interested in seeing photos of his son.

Additionally, a lot of fans have seen enough of Jihoon’s “work ethic” on TV and feel that he should earn his own dang money if he wants to wage a courtroom battle.