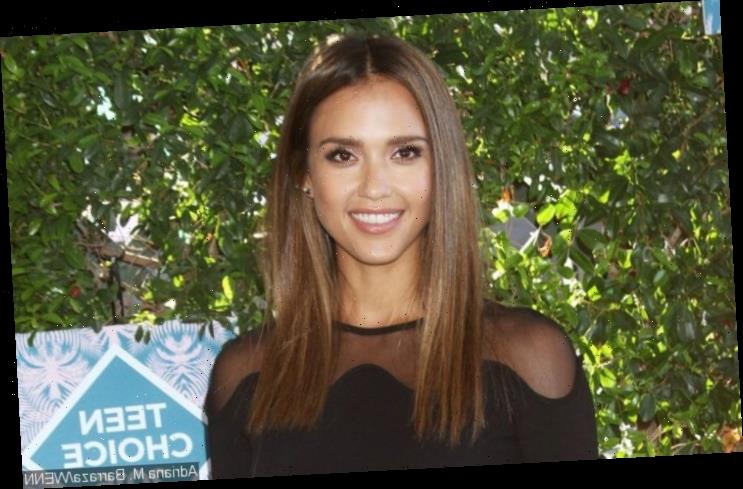 During an appearance on ‘The Drew Barrymore Show’, the ‘Fantastic Four’ actress admits that her three children and her husband have been getting on her nerves while in coronavirus isolation.

AceShowbiz –Jessica Alba is treating herself to a week-long vacation with her gal pal after confessing she’s “had enough” of tending to her family’s every need while in coronavirus isolation.

The “Fantastic Four” star has been in desperate need of a child-free getaway because her three kids are driving her crazy with their constant requests – and her husband, Cash Warren, has been getting on her nerves a little, too.

“Real talk: I told everyone in the family that I need a break from them,” Alba revealed on America’s “The Drew Barrymore Show“, as she discussed how she’s been coping being cooped up at home, trying to juggle her personal and professional responsibilities.

“Kelly (Sawyer, close friend) and I are actually gonna go away for a week, and I don’t really know what we are getting ourselves into, I just know I can’t be around my family anymore, ’cause I literally, I’ve had it, I’ve had enough!”

Alba reveals her daughters Honor, 12, and Haven, nine, are always requiring her help or advice, instead of occasionally turning to their dad, who retreats to his man cave whenever she could really do with a break to calm herself down.

“And then I start nagging…, and I’m that person, and they’re like, ‘Mum, your tone! You’re so mean!’ And Cash is like, ‘I guess I’m just gonna go back into my man room!’ I’m like, ‘What else is new? Just disappearing for me to deal with everything!’ “

“So yes, it’s been fun! Really fun!” she added sarcastically.

Alba has also been dealing with a “fight every night” with Honor over her bedtime as the busy actress and entrepreneur is often running late to get food on the table.

In addition to her two girls, Alba, who runs The Honest Company baby and household goods brand, is also mum to two-year-old son Hayes.

Her comments about her family trials and tribulations come days after the star recalled their trying double summer roadtrip adventures, which were dogged by disaster.