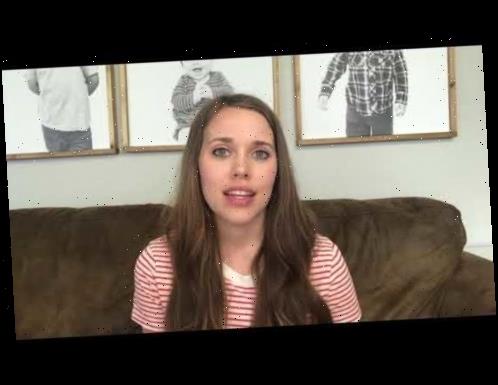 We’ve talked before about the fact that the current season of Counting On has been a disappointment for many fans.

Producers have even instructed the Duggar girls to “clean up” their Instagram pages, as they believe Jim Bob’s daughters are giving away too much personal information online, thus diminishing the drama on the show.

So those execs probably won’t be thrilled with Jessa’s decision to post a 24-minute intimate confessional video on social media.

Jim Bob has repeatedly discussed Counting On as a sort of televised ministry, claiming that he and his family participate not because of the financial rewards, but because it’s the best way for them to share their belief system with a large audience.

Now, Jessa Duggar is putting her money where her mouth is and discussing her faith on Instagram in a way that she clearly hopes will be beneficial for her followers.

“I felt a bit dry in my relationship with the Lord. I didn’t have drive to be in God’s word…I wasn’t praying like I should,” she said of her days as a a young evangelical.

“I could see this goal of where I wanted to be in my relationship with the Lord, and I wasn’t there.”

Jessa said that she felt uncertain in her relationship with God, and while she was surrounded with like-minded believers, she felt isolated, as none of them were expressing similar doubts.

“I was discouraged,” she admitted.

“I had doubts about my salvation…I felt unsettled, restless and frustrated,” she continued.

Jessa went on to say that the situation resulted in a deep depression and strained relationships with members of her family.

“If somebody asked if I was depressed, I probably would have said no. But I guess you probably could call it a spiritual depression,” she told fans.

Jessa says she was helped in her spiritual journey by her realization that she doesn’t need to take a militant approach to her own salvation.

“We have to account for the fact that there are trials of faith… there are difficulties that we walk through,”

She said that she was helped by the words of pastor and teacher John Piper, who stated that “there’s no chapter or verse in the Bible that says we have to read our Bible every day.”

That particular comment has led to reports that Jessa is still in rebellion against Jim Bob, who very much believes that Bible study should be a daily practice.

“I feel like I had a burdened down conscience with an unspiritual expectation,” Jessa continued.

“Yes, we should prioritize time in the word, but I had taken it a step too far, and I was hinging whether or not I was a good Christian on if I had good quiet time [with God].”

Jessa went on to say that she’s “still got a long way to go” in terms of becoming the sort of Christian she wants to be, but she feels as though she’s on the right path.

“We’re in this journey until we die, and then in an instant we are changed into the likeness of Christ,” she continued.

“In this life though, we experience hardships, and yet we keep running after Christ and Christ holds us fast. I hope this is an encouragement to you, and I pray you will rest in Christ and his work of righteousness on your behalf.”