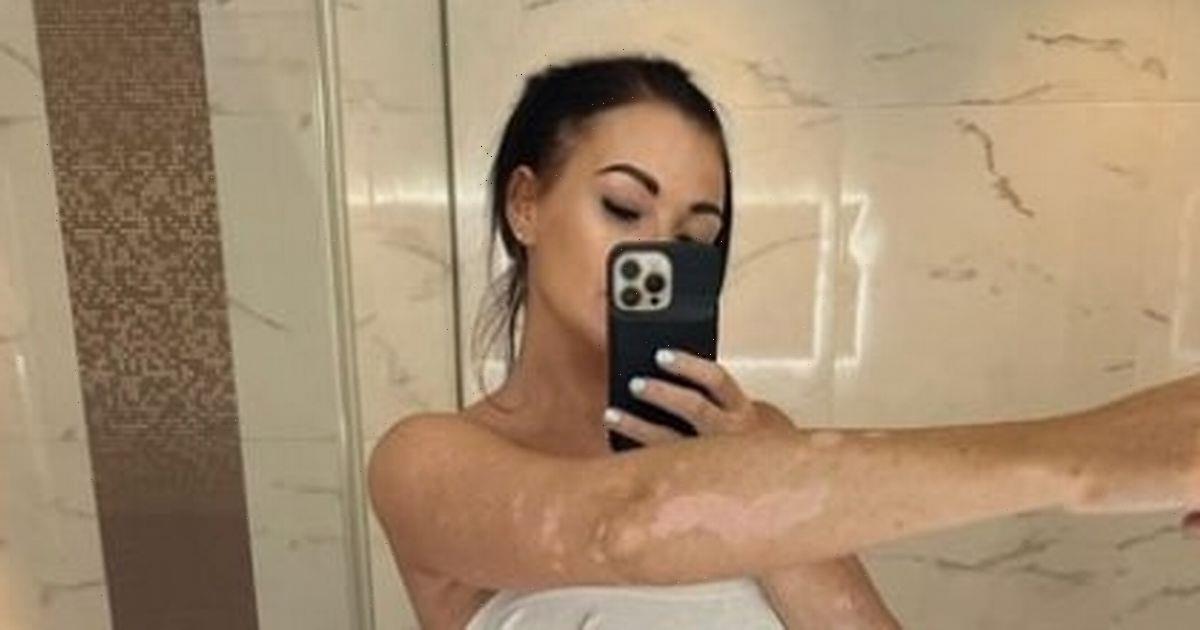 Jessica Wright has spoken out about her psoriasis while sharing an Instagram picture that she needed “courage” to post.

The former TOWIE star, whose brother is fellow one-time reality star Mark Wright, detailed her experiences with the condition in a social media post on Tuesday.

The 37 year old wrote: “A very different post to my last one… it’s taken me a while to get the courage to post this but ultimately, it is what it is.

“My Psoriasis has taken a turn for the worse since having a baby & I wanted to share it for anyone else suffering with it, in the hope it might make you feel less alone with it/we may be able to help each other eventually with remedies.”

Psoriasis is a condition that causes red and crusty patches of skin covered with silvery scales and is usually treated with creams and ointments, but more serious cases sometimes require steroids and light therapy.

Jess continued: “I spend my days covering up my arms, and now unfortunately my legs & face are pretty bad too & im bloody sick of it.

“I have tried so many things in the past but I feel like it’s auto immune so ultimately it’s what we put into our bodies.”

“If anyone has a miracle cure please let me know," Jess added. "Sending love to anyone else suffering a skin condition, especially new mums who have clearly been hit with it by the lack of sleep/stressful first few months."

Many fans and famous faces shared their support in the comment section, with Jess's brother Mark, 35, penning: “Proud of you girl x.”

Former Love Island contestant Georgia Harrison, who was coupled up with Kem Cetinay and Sam Gowland before she was dumped from the island on day 46, also shared her experiences in the comments.

She wrote: “Suffered for years Jess going vegan for 6 weeks cleared mine now I’ve slowly introduced things back to my diet and it’s still not came back, I had it in all the same places xx.”

Beauty expert Nilam Holmes added: “I used to have terrible psoriasis for 15 yr .. I had allergy test and cut out dairy and sugar and it helped massively.

“I also ended up using some clobetasol (steroid) cream for a short time which I didn’t want to do but it was the better evil at the time. I Also took ashwaganda @internalyouthuk a herbal remedy which helps body adapt to stresses. Good luck with it.”