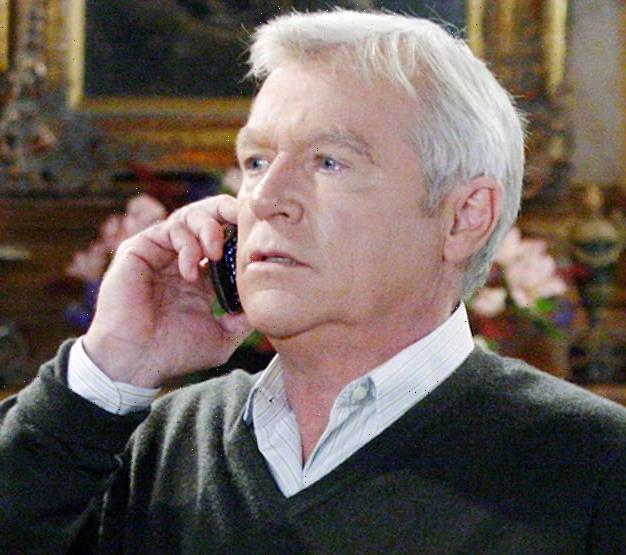 Jerry verDorn, a veteran actor best known to daytime television audiences for his beloved role on Guiding Light, died at his home on Sunday.

According to TV Line, verDorn had long ago been diagnosed with cancer.

The legendary star was born in South Dakota and graduated from what is now Minnesota State University Moorhead.

He starting his acting career in summer theatre … spent a year studying at an acting academy in London… and married his college sweetheart.

In June 1977, verDorn and his wife moved to New York City, which is where the actor took another major step by understudying George Grizzard in the lead of Shaw’s Man and Superman on Broadway, playing matinee performances for many months.

It was this role that caught the eye of casting agents for the CBS soap opera Guiding Light.

In March 1979, verDorn landed the part of lawyer Ross Marler on the program, a role he played until 2005 and for which he earned two Daytime Emmys and four additional nominations.

In 2005, verDorn moved to One Life to Live, recreating the role of Clint Buchanan (originally played by Clint Ritchie) until that ABC serial and its online revival wrapped up in 2013.

He then retired after 34 years on daytime television — but not before Welovesoaps.net namedd verDorn the 46th greatest soap opera star.

“He made me feel wonderful from the moment I stepped foot on set,” Elizabeth Keifer told this website of her former Guiding Light co-star, adding:

“It helped that I was a huge long term fan of Guiding Light since 1979, so I was very well of all of the characters, and all the relationships.

“Being between Jerry verDorn and Michael O’Leary was the best sandwich ever!

“Because you have energies that are so opposing and I was smack in the middle and I would just never stop laughing.”

Celebrities Who Died In 2022: In MemoriamStart Gallery

VerDorn is survived by his wife Beth; his sons and daughters-in-law Jake and Laura verDorn and Peter and Erin verDorn; his sister Bonnie Simpfenderfer and brothers Jim verDorn and Dan Verdorn; and several nieces, nephews, cousins, and three young grandchildren.

We send our condolences to his friends, loved ones and these family members.

May Jerry verDorn rest in peace.