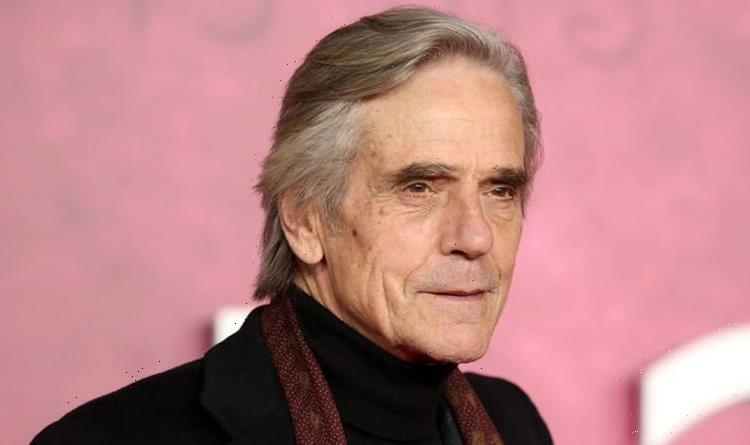 Jeremy Irons stars in a new film being released on Netflix today. He is starring as former Prime Minister Neville Chamberlain in new film Munich: The Edge of War. The film follows Mr Chamberlain’s efforts to seek a peaceful resolution before Adolf Hitler sent his troops into Czechoslovakia. A British civil servant and a German diplomat travel to Munic to discuss peace.

On playing the role, Mr Irons said he believes there should be a more positive view of the man who was replaced by Winston Churchill during the war.

Mr Irons said: I was delighted to get inside this historical character, and to be part of that reappraisal.

“The mythology of the Second World War lived through my youth.

“So seeing something well-researched and accurately written, like Munich, which offers another angle to the mythology I’ve been brought up with about the heroicness of the whole situation is important.”

The actor has previously given his view on multiple political issues in the past, including Brexit.

Mr Irons voted Remain in 2016, and has since been critical of Brexit ‒ but he has not bought into the hysteria either and blamed both sides for “playing on people’s basic instincts”.

In 2016, he spoke to the Irish Times just before the country went to vote in the referendum.

He hit out at David Cameron, the Prime Minister at the time, urging him to defend EU membership more passionately.

Mr Irons said: “I wish he’d stand up and say, ‘Listen, let us unite, as a world let us unite . . . Let us be positive about it and not be frightened.’”

He claimed that the Remain and Leave sides were “playing on people’s basic instincts”, with Remain issuing dire warnings about the future of the UK economy, and the Leave campaign scaring people about immigration.

Mr Irons described elements of the campaign as “divisive and dangerous”.

Hr added: “I’m not proud of our dirty washing being hung out as it is around the world for people to see.

“We’ve lived through a time where we’ve all lived beyond our means and we have to pull back from that and keep united.”

He also dismissed claims of economic disaster, saying that the UK was likely to experience “a rocky few years” whichever way the vote went.

On immigration, Mr Irons argued for the country allowing more people to come to the country.

He continued: “Why on earth would they want to come here where it rains all the time?

“I think there are elements in the Brexit campaign of fear-mongering, of playing to people’s basic instincts , saying . . . of course you’re not going to get a job if we keep allowing all these immigrants in.”

While an advocate for the EU, Mr Irons did concede that the bloc needed to reform itself in order to combat the “deep dissatisfaction” many feel with Brussels.

He said: “What I hope, positively, will come out of it is that Europe and those that run it will realise that not only [in] Britain, but in many other countries there is a deep dissatisfaction with how it’s being run and perhaps it will be altered.”

Mr Irons, who owns Kilcoe Castle in Cork and lives there for most of the year, said he has witnessed much change in the last 20 years in the Republic as a result of EU membership.

He added: “Selfishly, I’ve not enjoyed some of the money that’s been poured into the roads.

“I like being able to get from west Cork to Dublin easily, but I feel west Cork has lost a little bit of its independence in that it’s now very easy to get there.

“It was a bit of a struggle before. But of course if you live there and if you make your living there, which I don’t, then I think to be in Europe is a real help to the community.”

While he insisted that Ireland’s EU membership makes little difference to his ties to the country, he said he would hate to see a strong border between Northern Ireland and the Republic, describing it as a backwards step.

He said: “I think it will push away the possibility of the island of Ireland being united, which is what in the future we all hope for and seems to be the logical conclusion.”