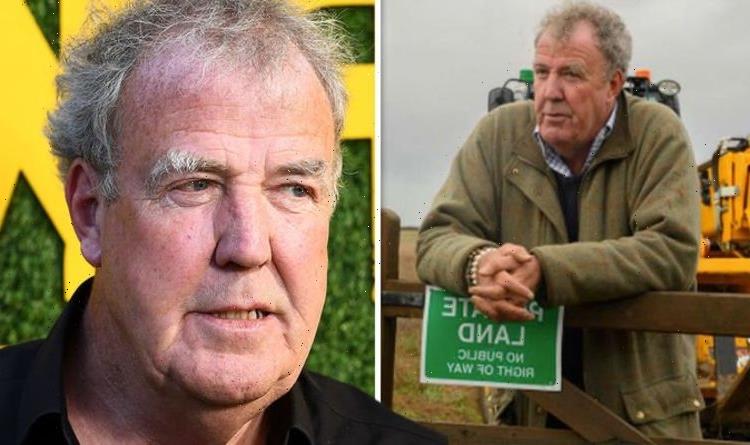 Clarkson’s Farm star Jeremy Clarkson, 61, has admitted his friend’s brutal opinion on his new house prompted him to start rethinking his initial plans for the property, despite being happy with the design himself. The star, who currently lives at his farm in Chipping Norton with girlfriend Lisa Hogan, began working on his home nearly 10 years ago.

The former Top Gear presenter detailed the long hours he spent with an architect discussing ideas for the property.

After several conversations, the architect produced an artist’s impression of how it would look.

However, Jeremy admitted that when he showed the plans to one of his pals, he didn’t get the reaction he was hoping for.

Recalling the unfortunate moment in his latest column, Jeremy penned: “I contacted a respected architect, and we’d spend hours together toying with ideas and possibilities until, eventually, he produced an artist’s impression of how it would look.

“It’s strange. I liked it. The architect liked it. And lots of other people who’d seen the design liked it.”

Although Jeremy was keen on the design, he revealed to The Sunday Times that his friend’s take on the matter completely threw him off.

He was then forced to scrap the plans for the house.

The car enthusiast wrote: “But I couldn’t go ahead and build something knowing that out there in the wide world there was one person who didn’t like it.

“It would keep me awake at night, so I found another architect and we started again.”

After the dilemma over the plans, Jeremy admitted the rest of the process hasn’t been any more stress-free.

He explained his worries that the house won’t be finished any time soon.

The star added: “Now we are at the stage when they are setting up lighting boards and shower attachments, which is fiddly and invisible and so slow that by the time they’re finished they’ll need to install a Stannah stairlift so that I can go to bed at night.

“We are often told that building your own house is one of the most satisfying and warm, fuzzy things you can do.

“But I can assure you, it’s complicated and slow.

“You are much better off buying one that was built many years ago, by a Georgian,” Jeremy advised.

Jeremy lives and works on Diddly Squat Farm in the Cotswolds, as seen in his popular Amazon series Clarkson’s Farm.

As he waits for his new house to be ready, the 6ft 4in star is living in much smaller accommodation.

He joked that he is able to touch all of the walls of his living room at the same time.