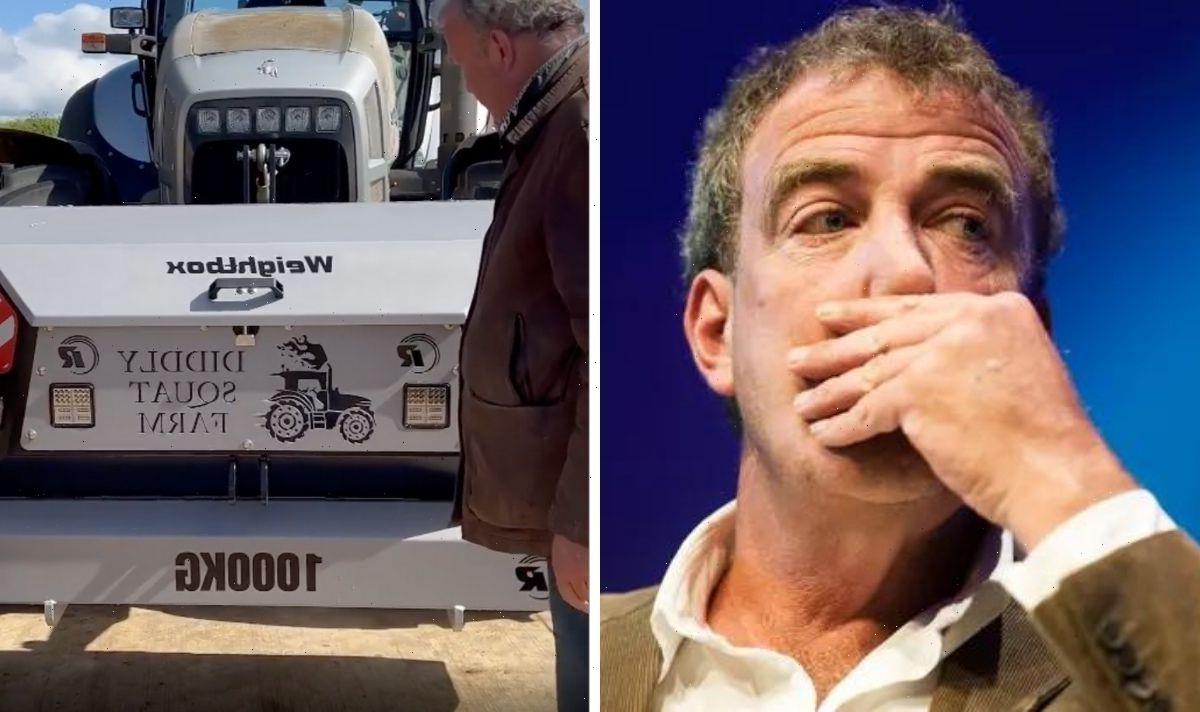 Jeremy Clarkson on being refused planning permission for farm

Jeremy Clarkson, 62, has been given a warning by his Clarkson’s Farm co-star Kaleb Cooper regarding a brand new piece of farm equipment that had just arrived at Diddly Squat. The exchange was recorded and posted on Instagram.

The clip was shared in full view of the Diddly Squat Farm Shop’s 769,000 Instagram followers.

Jeremy captioned the post: “A shiny new thing from Kaleb.”

The new equipment was a 1,000 kilogram toolbox which could be picked up by, and attached to, the front of a tractor.

The duo can be seen in the video examining the toolbox, with Jeremy expressing deep awe for the new equipment.

Kaleb then retorted to this by reminding Jeremy: “Don’t damage it.”

Jeremy then went round the back of the equipment to check where it was constructed.

He read: “Made in Great Britain.”

Jamie_davison123 quipped: “Bet Jeremy never knew what it was or how to use it.”

The_woofpack1 penned with a laughing emoji: “The excitement in Kalebs voice.”

Geoffers08 wrote: “The best things are made in Yorkshire, that will even the weight out nicely.”

It follows Jeremy Clarkson as he attempts to run a farm in the countryside.

Having no prior experience running a farm, Jeremy contends with bad weather, disobedient animals, and a pandemic.

Filming is underway for a second season of the documentary show.

Kaleb teased in an Instagram post three days ago that the season would be released in August.