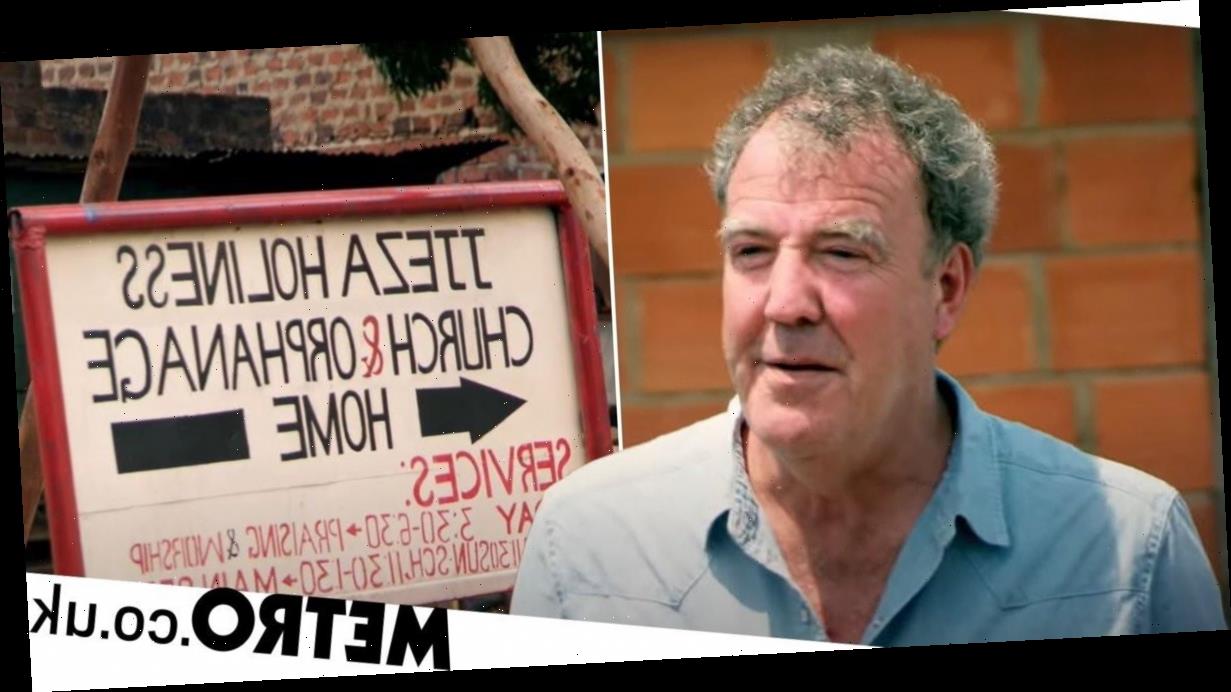 A church has been set up in honour of Jeremy Clarkson after The Grand Tour host visited the town of Jezza in Uganda.

The church, which is even visible on Google Maps as ‘The Church of Jeremy Clarkson’, was set up after he, James May and Richard Hammond made a visit to his namesake town.

Unsurprisingly, Jeremy, 60, is pretty chuffed at having a church dedicated to worshipping him, with a source telling The Sun: ‘Jeremy is terribly flattered and very much likes the town.

‘He even bought an armchair from it, once. Frankly a church in his honour is long-overdue.’

Jeremy, Richard and James visited Jezza in 2013 while trying to find the source of the River Nile in a two-part special of Top Gear filmed in Africa.

The visit to Jezza was of course full of innuendos as James, 57, was seen joking: ‘We’ve just entered Jezza.

Finding a small side-street, he later added: ‘There is Jezza’s back alley.’

The church, which is also named Jjeza Holiness Church, has a website which shows its service times as well as a rating of 4.9 out of five – so it’s pretty great, judging by the opinion of visitors.

Jeremy himself recently revealed that he had suffered with coronavirus over Christmas, which left him worrying for his life.

He told The Times: ‘The doctor was very clear: I’d feel under the weather for between five and 14 days and then I’d either get better or I’d have to go to hospital.

‘Where, because I am 60 and fat, and because I’ve smoked half a million cigarettes and had double pneumonia, I’d probably die, on my own, in a lonely plastic tent.’

Thankfully Jeremy says he ‘didn’t feel too bad’ as he waited for the virus to pass over, but admits he worries whether he is fully over it or if he could catch it again at a later date.