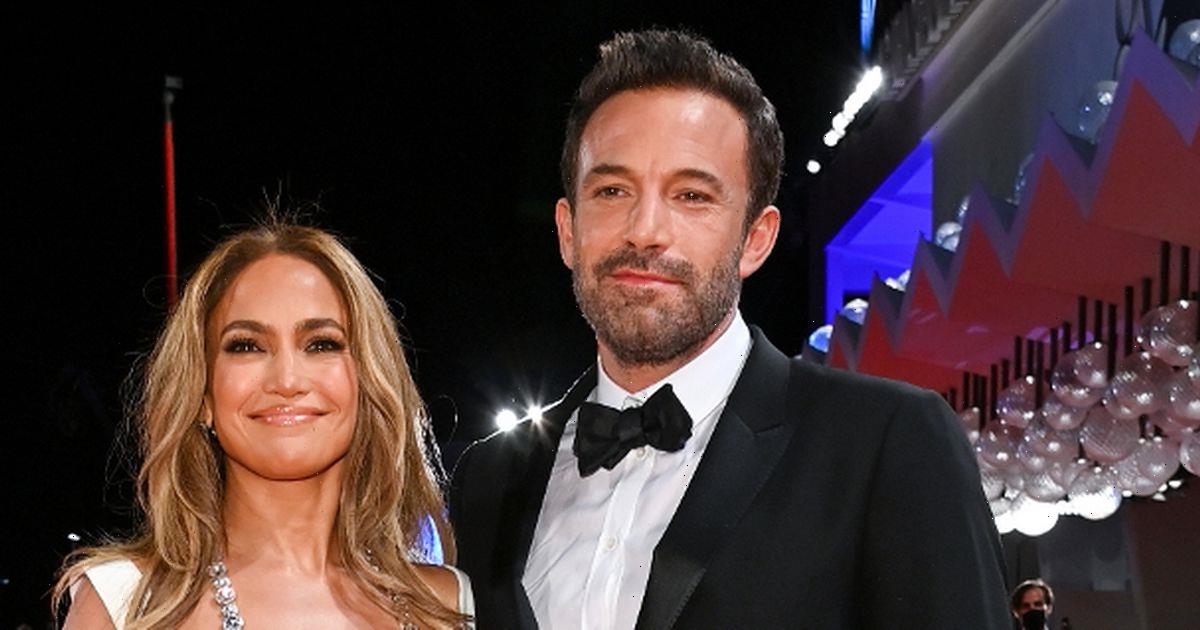 Jennifer Lopez has shared an intimate glimpse inside her second wedding ceremony to husband Ben Affleck, as the pair tied the knot for a second time over the weekend.

The 53 year old singer took to Instagram on Tuesday 23 August morning to inform fans that she would be sharing the details of her lavish ceremony on her own website OnTheJLo.com, just days after she tied the knot in a stunning Georgia wedding.

In a teaser for the details that would soon be revealed, the Marry Me star shared a photo of herself draped in a white veil, as her classic and chic makeup look peeked out from behind the fabric.

Opting for an understated but glamorous look, Jennifer could be seen sporting a statement eye with thick lashes, while her pristine complexion was complemented by a frosted pink lip.

Alongside the makeup, the star could also be seen wearing a pair of large diamond earrings, while a high neck with feather-frilled collar completed her overall look.

Around 135 people are thought to have attended the star’s wedding, as the happy couple celebrated for a second time with their nearest and dearest friends and family, just weeks after first tying the knot in a private and spontaneous Las Vegas ceremony.

Opting for an “old Hollywood theme” the couple welcomed both of their mothers, Guadalupe and Chris, Jennifer’s sister Lynda, and Ben’s celebrity pals Matt Damon and Kevin Smith.

The ceremony took place at Ben’s £7.3 million ($8.9million ) mansion in Georgia, where 87 acres of sprawling land greeted guests on the Hampton Island preserve.

For their second ceremony, Jennifer opted for a beautiful and figure accentuating Ralph Lauren couture gown complete with chapel length train and veil, while Ben kept things classic with a black and white tuxedo.

Following the wedding ceremony, the smitten newlyweds were spotted walking towards the estate’s Oyster House, where the reception was believed to have been held.

At the reception, guests were treated to everything from fried pork chops, rice and vegetables, along with oven-roasted chicken and mac and cheese, while barrels of Jack Daniels were spotted being delivered to the property prior to the event.

Posing alongside a waterside jetty at the mansion, the three day event featured everything from a rehearsal dinner to a fireworks display, as the couple’s family joined them to celebrate their union.

It was family in particular that resonated with Jennifer, revealed People on Monday, as the ceremony featured the couple’s children.

"She loved having all the kids there. She loved the location. It all felt very special,” revealed an insider.

Jennifer is the mother to Max and Emme, 14, with ex-husband Marc Anthony and Ben has Violet, 16, Seraphina, 13, and Sam, 10, with his ex-wife Jennifer Garner.

Thanks to the marriage, JLo will now once again become a stepmother for a second time, having previously taken on the role with her ex-husband’s children, Ariana, 28, and Chase, whose mother is Debbie Rosado; and Cristian, 21, and Ryan, 19, whose mother is Dayanara Torres.

Since becoming Mr and Mrs Affleck, the couple have moved in together and are currently living at a rental in Beverly Hills while Jennifer’s old Bel Air mansion in California undergoes renovation.

The wedding comes 20 years after the couple first started dating, and follows a previous engagement that had almost seen them tie the knot at the very same Georgia mansion where they said “I do” at the weekend.