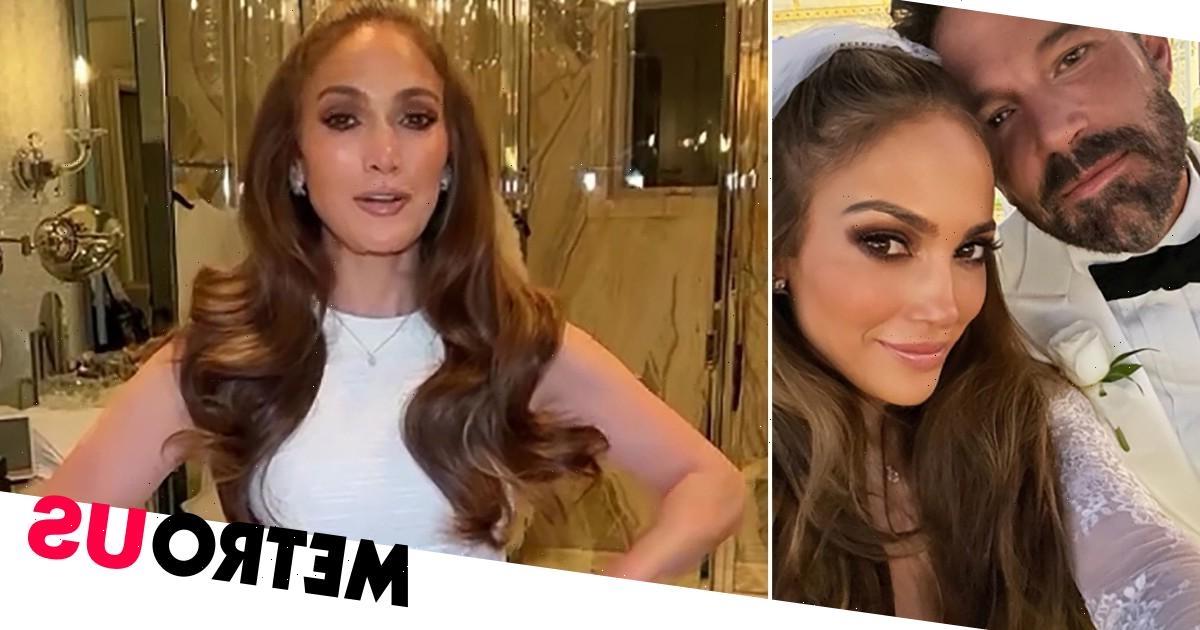 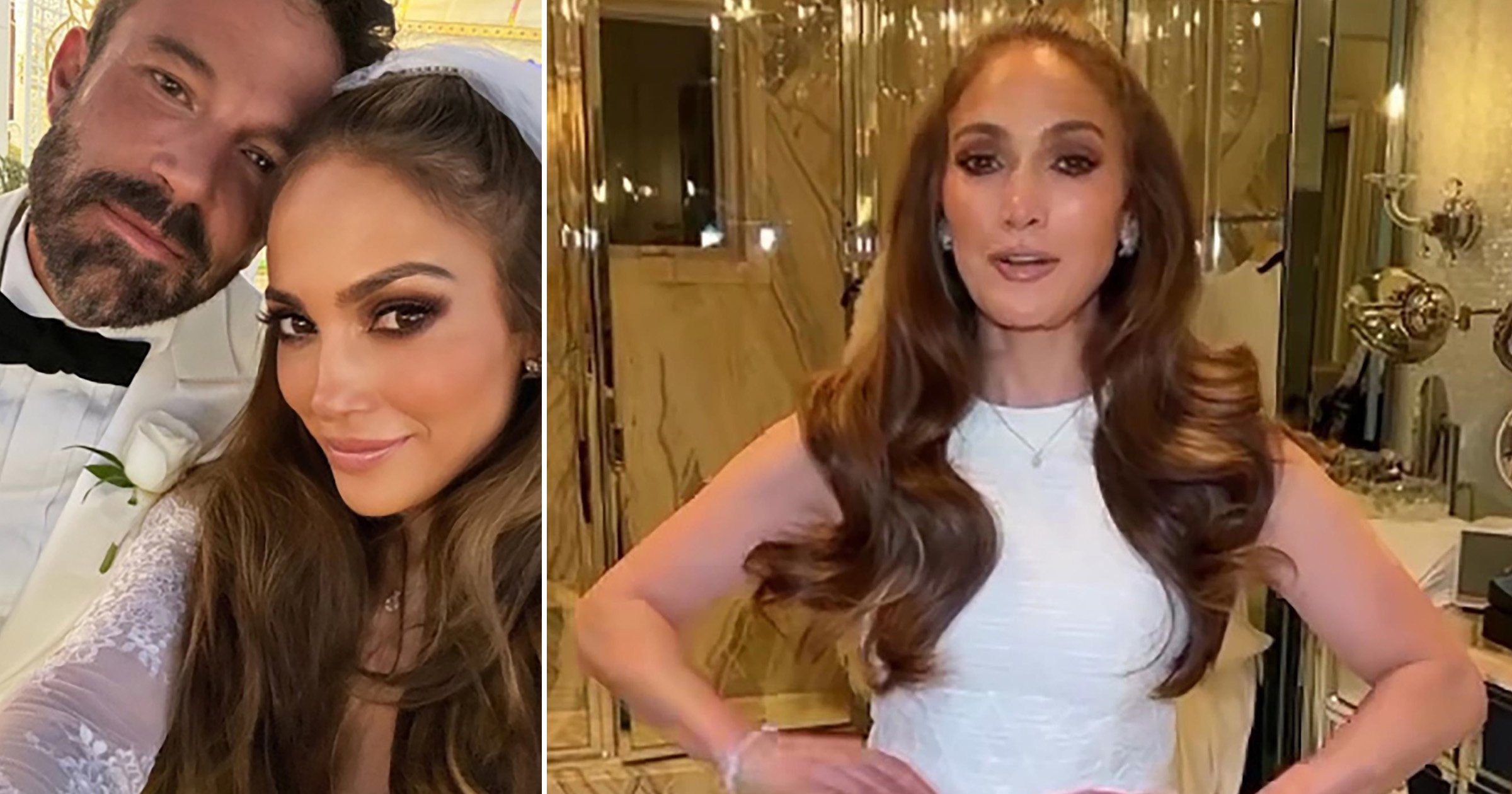 Jennifer Lopez has seemingly called out a guest at her wedding for ‘leaking’ a video of the event without her or Ben Affleck’s consent.

The musician, eloped to Vegas with actor Ben, last month after reuniting almost 20 years after they were first engaged.

Last weekend the pair were joined by friends and family at a lavish celebration at their estate 87-acre and $8.9million (£7.3million) Georgia, wihth Jennifer walking down the aisle in a white couture Ralph Lauren gown.

The Jenny From The Block icon had shared some moments with fans through her OnTheJLo blog, but the pair had decided to keep parts of their wedding just for them and those closest to them.

Now, however, a video of their celebration has seemingly been leaked by someone in attendance, with Jennifer appearing to have vented her frustrations online.

A fansite for the star, Jlow0rld, shared the video to Instagram, with Jen then reportedly commenting that the clip was ‘taken without permission.’

She wrote: ‘Whoever did it took advantage of our private moment.

‘I don’t know where you all are getting it from bc we had ndas and asked everyone not to share anything from our wedding (sic).’

The comment – which has since been deleted as the fansite removed the post – went on: ‘That is our choice to share. Anything I put out private is OnTheJLO and it’s to share w my fans. Which I will do when I am ready to.

‘This was stolen without our consent and sold for money,’ she wrote, adding a sad emoji.

She finished: ‘Thank you for caring I love you guys.’

The fansite deleted the offending post but shared a screenshot of Jennifer’s comment, writing in a caption that they deleted the previous post ‘out of respect to Bennifer and their private moments.’

The video in question appears to have been obtained by TMZ, and features newlywed Jennifer serenading her new husband on the dancefloor.

In the video, the star, flanked by dancers, sings a love song to Ben who sits, beaming, on a chair in front of the action.

It’s clear the new Mrs Affleck is upset by the alleged leaking of the clip, however she and Ben still seemed on top of the world as they jetted off for a romantic second honeymoon last week.

The couple were spotted shopping in Milan – where they were mobbed by excited fans but were still happy to smile for photos and wave at crowds.

The pair look to be taking this trip solo, after enjoying a honeymoon earlier in the summer with their children, who were also present at their recent wedding celebrations.

JLo, meanwhile, has twins Emme and Max, 14, who she shares with ex Marc Anthony.

Following the ceremony, the wedding party went on to celebrate at the Oyster House at the estate.

The couple’s whirlwind romance began with them dating in July 2002 before getting engaged in November the same year.

However, they eventually postponed their wedding which had been scheduled for September 2003, and split in January 2004.

More than 17 years after their split, Ben and Jen got back together in spring 2021 and the rest, as they say, is history.

Metro.co.uk has reached out to reps for Ben and Jennifer for comment.