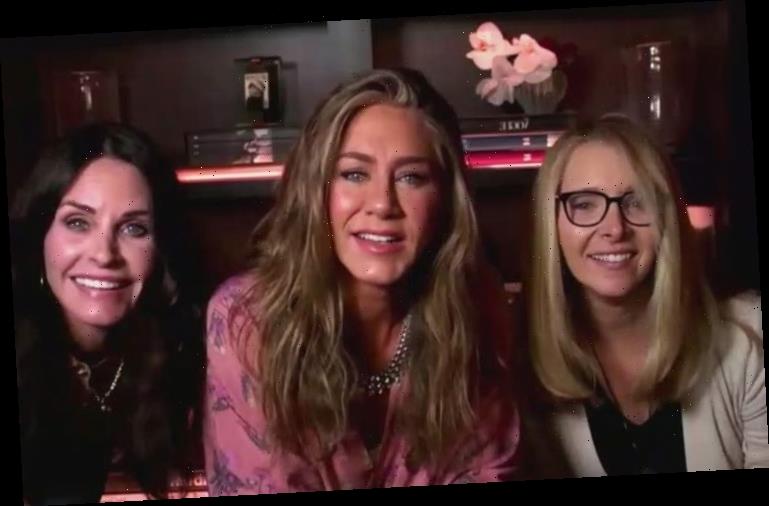 A Friends cast reunion happened in the middle of the 2020 Emmy Awards!

Host Jimmy Kimmel called into Jennifer Aniston‘s house to check in on her after she left the in-person show to watch the rest of the show from home.

While Jimmy chatted with Jen, her Friends co-star Courteney Cox popped into the camera feed to say hello.

Courteney then said, “We live together,” after Jimmy questioned why she was there. Jen jokingly added, “We’ve been roommates since 1994.”

Seconds later, Lisa Kudrow showed up in the feed and then Jason Bateman, who was also at the Emmys studio earlier in the night, popped in as well. (If you didn’t know, Jen and Jason are longtime friends!)

Earlier in the night, Jennifer put out a fire on stage while presenting one of the first awards of the night!